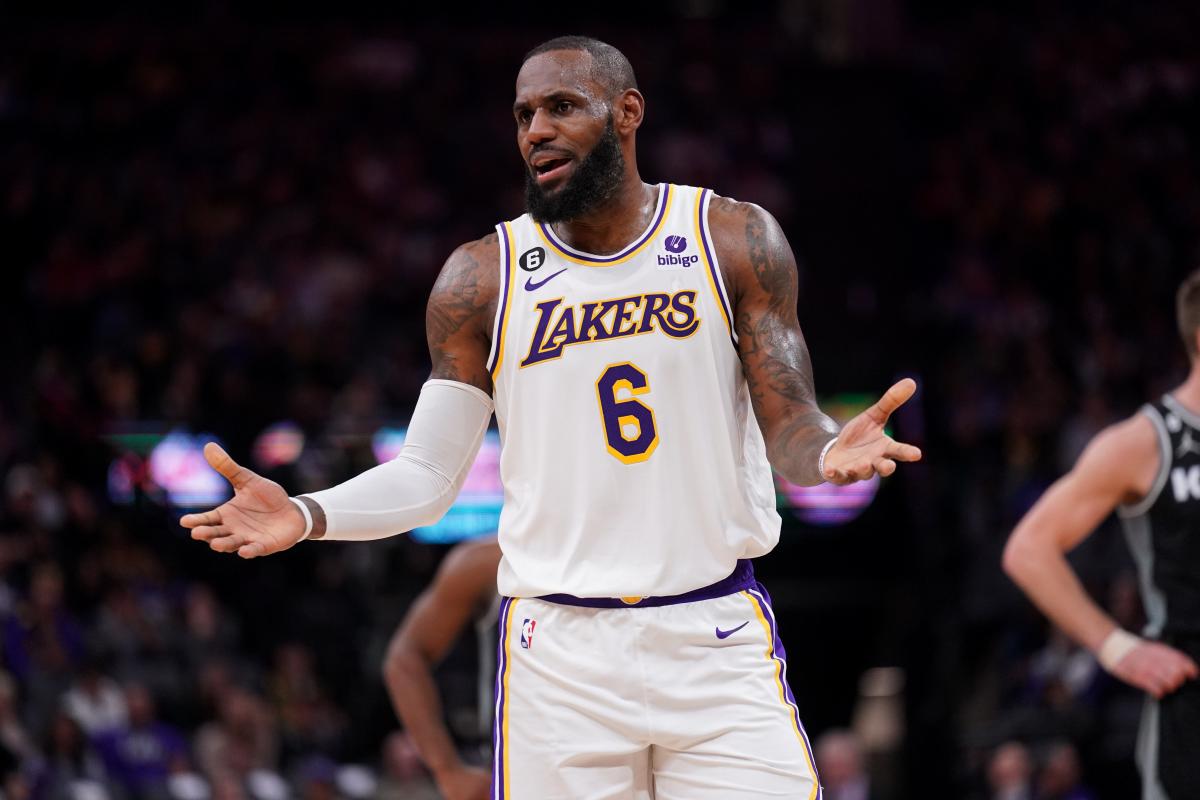 For a guy who has reiterated his limited patience and notes when his patience is tested, it sure sounded like LeBron James’ patience is running close to empty. When asked about the Los Angeles Lakers’ roster, he told The Athletic, “Y’all know what the (expletive) should be happening. I don’t need to talk.”

Ostensibly, James is suggesting the Lakers make a trade – perhaps a trade involving 2027 and 2029 first-round picks – that makes them contenders while James is still playing at an All-NBA level.

Shortly after The Athletic posted the article, James addressed it and the writer in a tweet, writing, “Hey Sam actually my patience isn’t waning. You make it sound like I’m frustrated when I’m really not. I told you over and over, my job is focused on the guys in the locker room, my job isn’t the roster. That’s the reality of that conversation. And I said what I said with the Upmost respect and calmness cause that’s the mood I’m in! Your welcome! 5 game winning streak.”

Setting aside the topic of James’ patience, what are the Lakers doing to improve their roster this season? What are they doing to maximize what they have in James who is averaging 29.1 points, 8.2 rebounds and 6.2 assists and shooting 51.1% from the field and closing in on Kareem Abdul-Jabbar’s all-time scoring record?

James is putting up unprecedented stats for a 38-year-old star in his 20th NBA season, and it seems very un-Lakers-like not to do anything. This is one of the NBA’s flagship franchises with a league-high 17 championships. Instead of acting like a franchise in a premier market with significant resources, they are behaving a like a small-market team worried about assets.

Why, when you have LeBron James, are you not doing all you can to win a title now?

The trade deadline is Feb. 9 and much of what the Lakers do or don’t do centers around those future draft picks. The Lakers have been and are reluctant to deal those picks, trying to balance the present and the future. Their preoccupation with those future draft picks is perplexing considering there are ways to recoup first-round picks in the future.

With Saturday’s victory over Sacramento in which James posted 37 points, eight rebounds and seven assists, the Lakers improved to 19-21. That’s just 11th place in the competitive West but also just 7½ games out of first place and two games from fifth place and 3½ games from fourth place.

Moving up to fourth requires passing several teams, but it’s also not out of the question. Is there a trade that makes the Lakers good enough to compete for a title this season?

Anthony Davis’ injury presents an issue for the Lakers, too. There’s no timetable for his return, and the Lakers are trying to maintain as much leverage as they can ahead of the trade deadline rather than appear a desperate team. It’s unclear what deal exists for the Lakers now. That’s up to Rob Pelinka and his staff to determine, and it has become less likely they move Russell Westbrook whose move to a reserve role has benefited the Lakers with increased and more efficient production.

Just two teams (Memphis, Denver) and possibly a third (New Orleans) have separated themselves in the West. Golden State, Phoenix, the Los Angeles Clippers – all teams projected to compete for a title – are struggling. There is a window to make a push in the West.

You don’t get a player like James and sign him to an extension just to be a minor team in the West. Whether James wants to admit his frustration publicly or not makes no difference. Deciphering what James says has turned into a cottage industry. But he wants to win and has said that repeatedly. He’s not content just to play. He can do that in a high-level L.A. pickup game. But forget what he said or didn’t say.

This about the Lakers and their role as one of the league’s premier franchises.

The Lakers doing nothing to improve the roster isn’t as much a disservice to James as much as it is to the franchise’s purported goal of championship expectations.

This article originally appeared on USA TODAY: With LeBron James at All-NBA level, Lakers should do more to win now