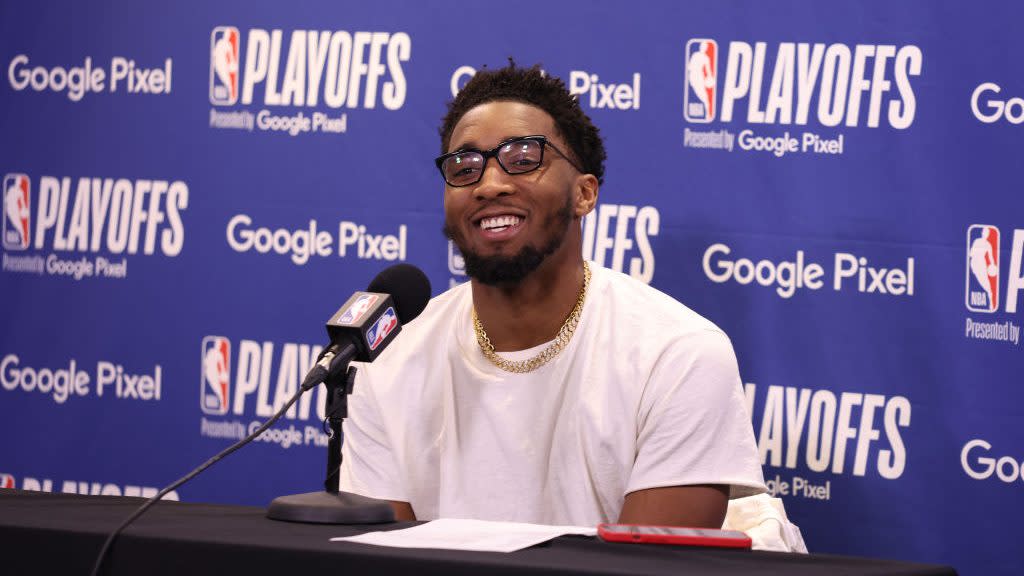 In a verboten journalistic move, I am going to plunge a knife into the heart of this story in the first paragraph: We will not know who are the real winners and losers of this trade for years. Maybe seven years. There are just a lot of variables. We don’t know what those picks Cleveland sends to Utah will look like when they convey. We don’t know if Donovan Mitchell will be happy long-term in Cleveland and stay. There are many, many questions.

But from where we stand today, it’s a good day to be Donovan Mitchell and the Cavaliers.

Here are the winners and losers from the blockbuster Mitchell trade to the Cavaliers. First, here is what the trade looks like:

He wanted out of Utah. Maybe before the Rudy Gobert trade, but certainly after it.

Cleveland is not New York or Miami (his preferred destinations), but Cleveland gives Mitchell a chance to be on a team that will be in the mix in the East for years. Mitchell is going to play in games that matter on a team that, as it grows and develops, could be at the top of the East in a couple of years.

Landing in Cleveland is a win for Mitchell.

And, if he is unhappy, in a couple of years, Mitchell can force his way out (he has three years remaining on this contract, plus a player-option fourth season). Reports out of Cleveland were that Mitchell was excited, and he hinted as much on Twitter.

Plus, Cleveland has better pierogi than New York or Miami.

This was a bold move by the Cavaliers — and a smart one both because they can afford it and because 25-year-old Mitchell doesn’t change the timeline of this young core.

Outside of that “kid from Akron,” elite free agents are not coming to Cleveland. GM Koby Altman built this team with smart draft picks — Darius Garland and Evan Mobley (to be fair, Mobley was the obvious pick in their position) — and a wise trade that got Jarrett Allen for the 30th pick in the draft. The Cavaliers needed another star to be a real threat in the East. Mitchell can be that guy.

Cleveland had the 19th-ranked offense in the NBA last season with Garland as the primary (and lone quality) shot creator. Now the Cavaliers have one of the most dynamic backcourts in the NBA, two players who can shoot from three levels, drive, and set teammates up. The risk with this backcourt is both Mitchell and Garland are 6’1” and not great defenders — this could be Portland east (where Damian Lillard and CJ McCollum were entertaining to watch there was a cap on Portland in the postseason because of their size and defense). Having a front line of Mobley and Allen helps here, they are two mobile bigs who are elite rim protectors. Last season the Cavaliers were sixth in the league in defense with a poor defensive backcourt, that has not changed.

How good the Cavaliers are in three or four years depends on two things: 1) Can they retain Mitchell after this contract? 2) How good Mobley ends up being. He will be elite defensively, but can he be a No.1 option on offense? Garland and Mitchell are All-Star level players, but not necessarily franchise cornerstones, top-10 in the league guys. Mobley has the potential to be. The Cavs will also have to find a quality 3&D wing to go with the other four starters.

Leon Rose and the Knicks stood their ground and did not overpay to land a star. If you’re a New York Knicks fan, you can spin that as a positive, as a break from bad patterns of the past for the organization. “The Knicks did the right thing” crowd can bolster their argument by saying the eight draft picks they didn’t trade for Mitchell (as well as promising young players such as Quinten Grimes and Obi Toppin) are still there. They can be used in a future deal.

But Mitchell was a player the Knicks had targeted — New York ties, CAA ties, and he wanted to be there and take on the role of star in New York City. This was the sexy new thing Knicks fans largely wanted and would get behind. A lot of Knicks fans reacted like Stephen A. Smith.

The Knicks swung and missed. Rose played it tight, only putting two unprotected first-round picks in the mix, betting that nobody else would offer more, and then setting an artificial deadline. Then, when the Jazz didn’t meet that deadline, the Knicks extended RJ Barrett. The Knicks thought the Jazz would return to the dance floor, and they did — but with a new partner. Rose miscalculated.

The Knick got better this offseason by adding Jalen Brunson. However, the Hawks got a lot better adding Dejounte Murray to pair with Trae Young. The Cavaliers are now much better with Mitchell and Garland in the backcourt. The Knicks did not keep up with the East and it could come back to bite them this season. Maybe this works out because the Knicks get the next available All-Star and he is better (or a better fit), but make no mistake, this was a miss.

We can debate if two unprotected Knicks picks would be better than three Cavaliers picks that — if they retain Mitchell and the rest of their core — could be in the 20s in a few years. But Ainge has stockpiled picks this summer: Six unprotected, one top-five protected, plus a series of swaps. It’s going to be about drafting and development, but the Jazz have gone down the deep rebuild road and in that context this trade works (even if it’s not the haul they hoped for).

One other winner in Utah: new coach Will Hardy. If he had to start training camp with Mitchell on the roster, it would have been a circus, with him answering half an hour of Mitchell questions daily. Now, he gets a clean slate to start and build his culture.

The best player ever out of Finland is a solid NBA player who was asked to play out of position as a three last season in Cleveland. Now he gets traded to the Jazz, who are expected to flip him by the February trade deadline to somewhere else. Markkanen may get showcased early in Utah and put up numbers, but it’s so that he can get moved again (his contract for $16.5 million this season and a little more each of the next two years also makes him a very tradable player).

Markkanen may want to keep a “go bag” by the door this season, because he could be on the move at any time.

Sexton was going to have to play for the $7.2 million qualifying offer and prove himself, then hope to find a payday next summer. Instead, he signed a four-year, $72 million extension as part of the trade — and the Jazz are going to keep him around and give him the ball this season. It’s a good day to be Collin Sexton.

Here’s more on the Cavaliers

Winners and losers in Donovan Mitchell trade to Cavaliers originally appeared on NBCSports.com