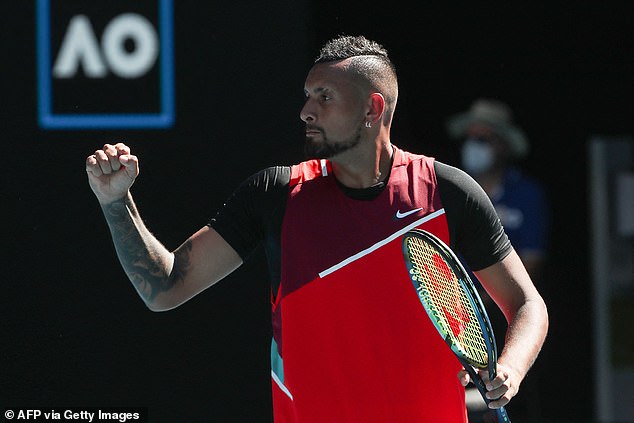 It can’t have taken the Netflix bosses long to come up with the best candidate to open Break Point – their brand new sports docu-series.

After all, when the Nick Kyrgios show is in town, what could possibly be more enthralling?

Opting to shift the focus from Novak Djokovic, Rafael Nadal and Roger Federer to shine a light on the next generation looking to break out of the trio’s huge shadows, the showrunners decide to kick things off in Melbourne.

As was the case with Drive to Survive –  Netflix’s flagship programme following Formula One drivers – the episode covers a lot of ground that the more ardent tennis fans will already be familiar with, but Netflix depict Kyrgios well with contributions from a number of talking heads.

‘He’s probably the most talented tennis player from our generation,’ admits Matteo Berrettini. 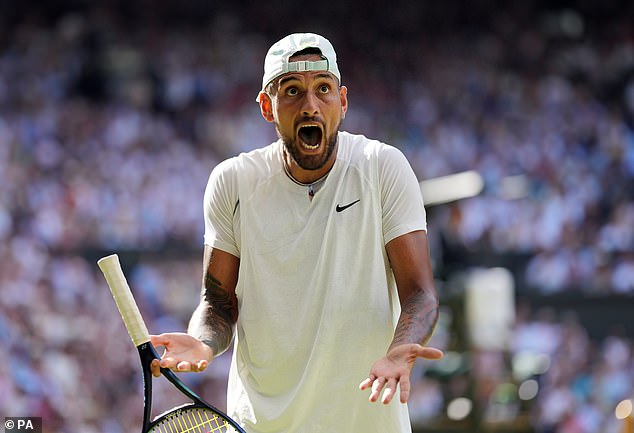 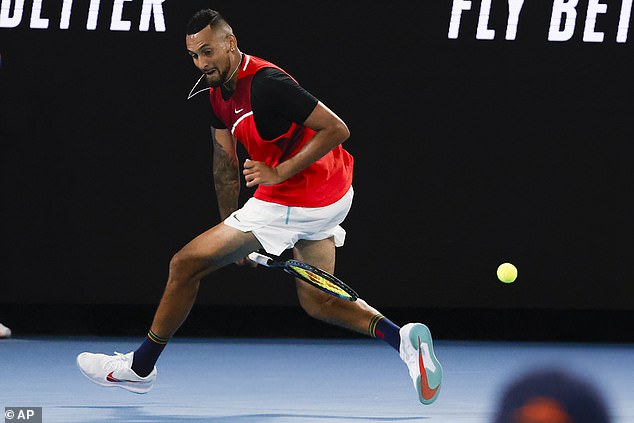 ‘He’s not a bad guy, but he just becomes a devil when he enters the court,’ Stefanos Tsitsipas, the man who became Kyrgios’s bitter enemy in 2022, says in a moment that is bound to make viewers laugh.

A compilation of the 27-year-old’s most explosive moments on the court follows, from swearing at the camera to smashing his racquet, before Netflix poses the question that courses through the entirety of Episode One: The Maverick.

Will Nick Kyrgios ever live up to his potential? From the outset, Kyrgios is surprisingly candid about his tennis future.

‘My tennis career depends on how I play this year,’ Kyrgios admits, despite the fact he is still only 26 years old when followed by Netflix at Melbourne Park. 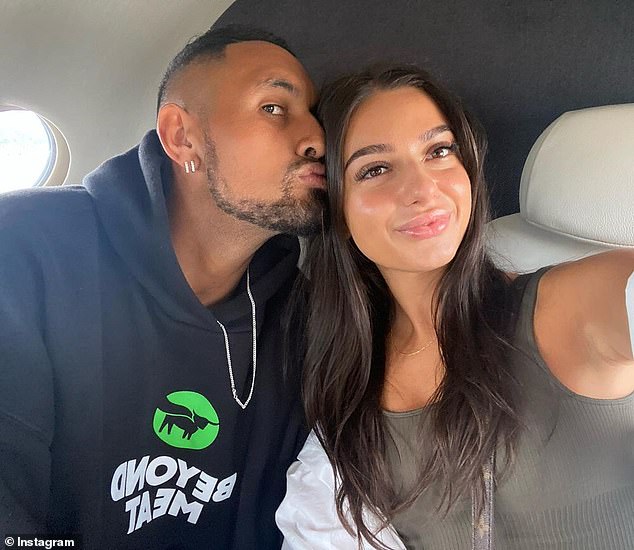 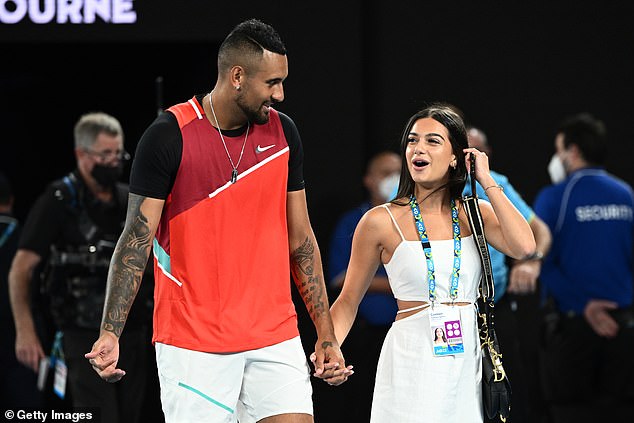 Tennis aficionados will be acutely aware of Kyrgios’s long-held indifference to the sport, but Netflix sets the scene well for the uninformed casual.

While he loves terrorising his opponents with his raw power and athleticism, the travelling circus that is the world tour, coupled with the burdensome weight of expectation that has followed Kyrgios since his breakthrough in 2014, often wreaks havoc on his mental wellbeing.

So, entering the Australian Open in 2022, Kyrgios explains how – in line with his unique personality – he is trying to do things differently this year and play less tennis. The success of this new strategy will determine whether he continues his career.

‘I’m capable of beating anyone on any given day,’ he says. ‘But it kinda depends on how I’m feeling. That’s why I have to do it my way.’

Netflix also shows how tennis is much more than an individual game and provide two compelling profiles of figures that have helped Kyrgios stay grounded. 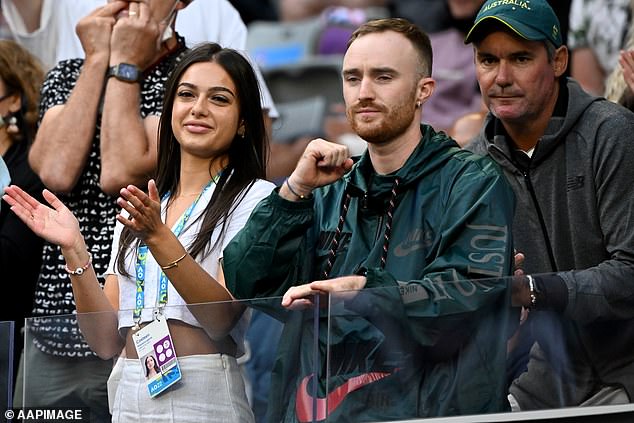 The first is Costeen Hatzi. Kyrgios met the Sydney native when he enquired about a mirror she was selling on Instagram and the pair have been inseparable ever since.

Kyrgios has spoken about Hatzi’s positive influence on numerous occasions, attributing his superb 2022 season to the 22-year-old last month, but we’ve rarely heard from Hatzi herself. Thankfully, Netflix manages to provide an insight into life on the arm of one of tennis’ most volatile superstars.

‘We’ve been together about two and a half months,’ Hatzi says. ‘We met online and we’ve been hanging out every day since. He’s not as crazy as everyone thinks he is. I never really watched a tennis game in my life so this is all new for me.’

Hatzi is a constant presence throughout the episode. From sitting courtside during one of Kyrgios’s practice sessions to FaceTiming her beau while he was taking a drugs test, Netflix depicts the couple’s relationship well without taking too much away from the tennis. 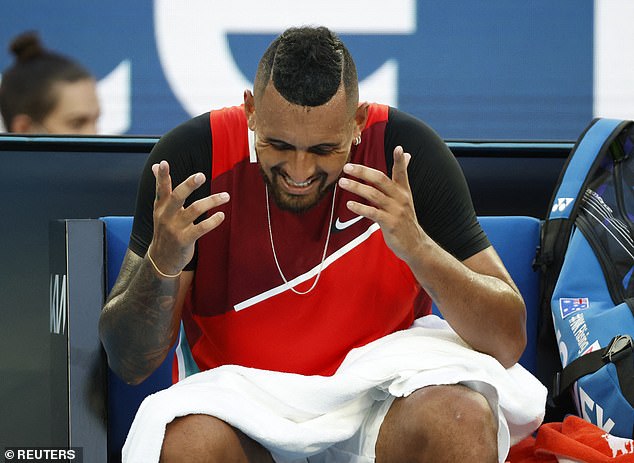 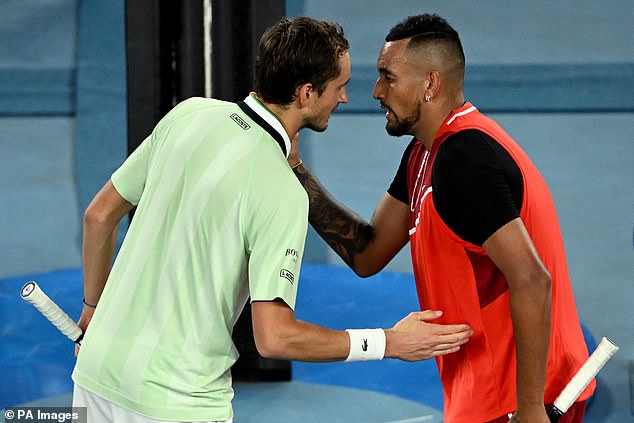 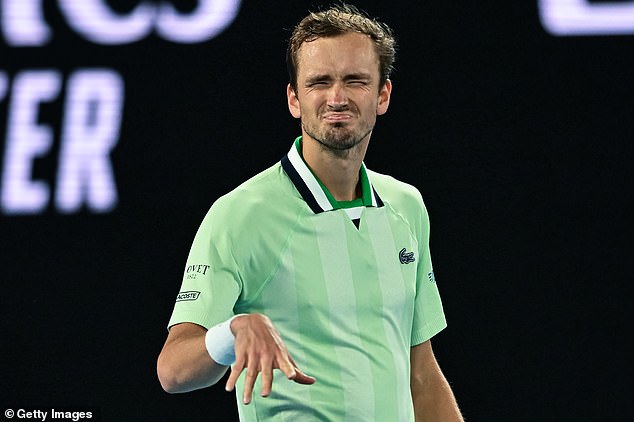 We are also introduced to a figure who has been a stabilising presence throughout Kyrgios’s rollercoaster tennis journey.

‘My job is to make sure he feels good,’ explains Daniel Horsfall , Kyrgios’s manager. ‘That’s important for someone who doesn’t have a trainer.’

While Hatzi has only been on the scene for a short period of time, Horsfall has seen the Canberra-born superstar at his best, and worst. Netflix manages to capture Kyrgios and Horsfall being frank about their lowest points.

In a touching moment, Horsfall explains how he would often have to track down Kyrgios on the ‘Find my Friends’ app on his phone just hours before a tournament, with the Australian going AWOL on a night out.

‘My life was spiralling out of control,’ Kyrgios reflects. ‘Drinking every night. I was like ‘okay, I can’t keep doing this’. I just had to be kinder to myself. For my mental health, I couldn’t be one of those players that play all year round. I don’t think that’s healthy.’ 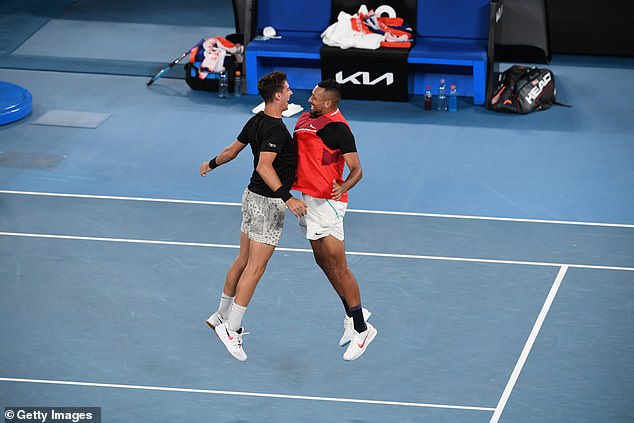 In an extremely close affair, Kyrgios loses his cool when a fan yells out ‘Underarm!’ just as he was motioning to serve. After hitting the ball out of play, Kyrgios turns to the supporter and hisses: ‘Can you please stop screaming out before I’m f***ing serving please?’

‘I lose my s*** because of little things happening out there,’ he says. ‘I’ve just got such a short fuse, it’s almost like a habit.

‘In the heat of the battle, I’m two different people. Sometimes I do cross the line, that’s just my passion, that’s my emotion. Millions of people watching you and you’re not playing your best. Wouldn’t you be frustrated and angry?’ 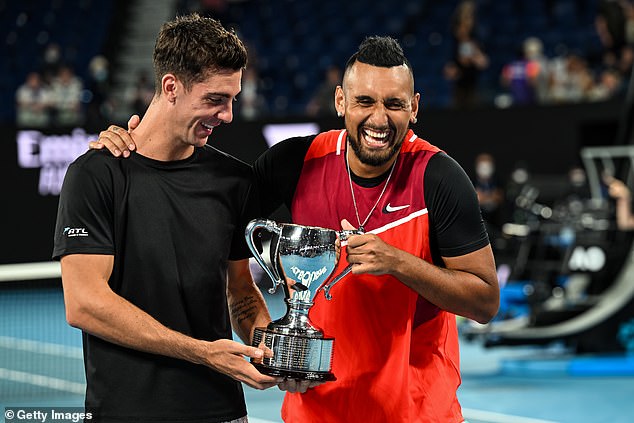 Kyrgios won the grand slam with his great mate, kickstarting the best season of his career 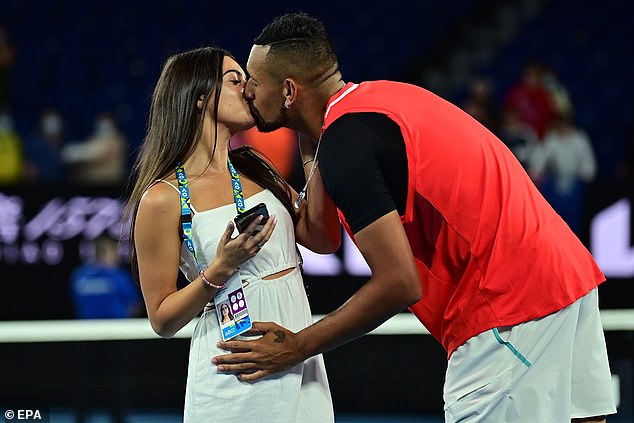 His second round exit threatens to put a dampener on Netflix’s curtain-raiser, but the phrase ‘going out with a whimper’ simply isn’t in Kyrgios’s lexicon and, much to the showrunners’ relief, he manages to conjure up the firework finale they were hoping for.

With the help of childhood friend Thanasi Kokkinakis, Netflix highlights how a happy Kyrgios is a dangerous Kyrgios. Kokkinakis brings out the joyful side of tennis for his close mate and the two larrikins are filmed having a ball during their magical run to the men’s doubles title last year.

Netflix are due to release another five episodes in the summer with last year’s Wimbledon tournament expected to feature heavily, and the producers wrap up The Maverick with a clear nod to Kyrgios’s remarkable run in SW19.

‘It’s there, it’s never leaving now. I feel proud of everything I’ve overcome, that whole journey to get here. I’m here to show you I’m one of the best players in the world. I can’t see anything holding me back.’