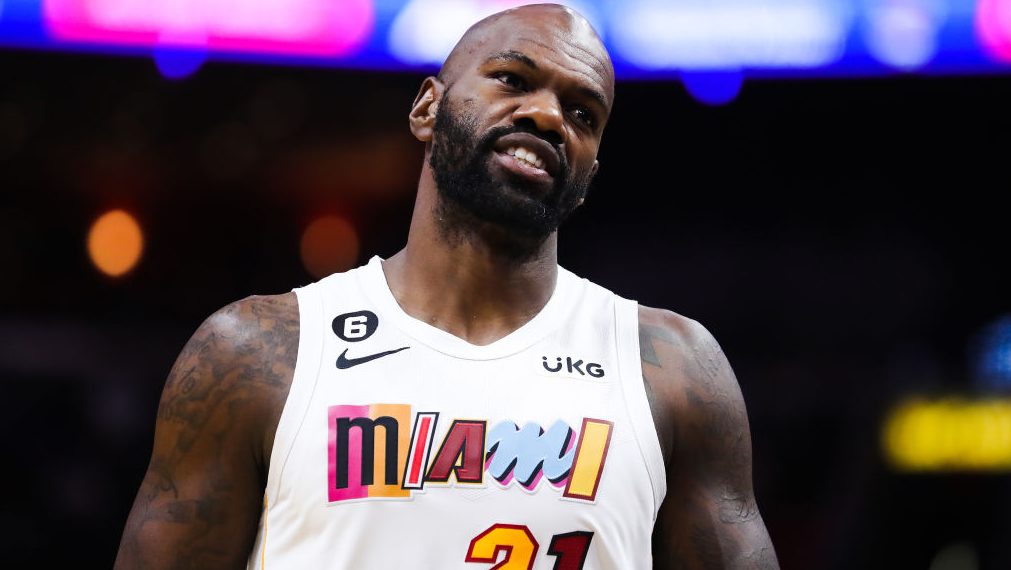 This is a new one: An ejection for throwing a massage gun on the court.

Dewayne Dedmon came off the bench for the shorthanded Heat Monday night, playing from late in the first quarter through the first couple of minutes of the second. When he was subbed out he was hot and had words with Heat coach Erik Spoelstra, and in storming past him and toward the locker room Dedmon hit one of the team’s massage guns launching it onto the court. Of course he was ejected for that.

After the game, Spoelstra was not getting into details about what happened.

“We’re all a bunch of gnarly personalities,” Spoelstra said, via the Associated Press. “That part was unfortunate. Everything before that, that’s the Miami Heat. That part was unacceptable.”

This will not sit well with the Heat organization, beyond the obvious reasons of getting in a fight with the coach and getting ejected. Miami was shorthanded in this game, particularly at center — Bam Adebayo, Omer Yurtseven and Nikola Jovic were all out — and for one of the few guys who could play the five to get tossed in a spat with the coach, it’s just not how the Heat operate. Dedmon is in the final year of his contract and what comes next with Miami — a trade, this summer as a free agent — will be influenced by this night.

Miami went on to beat the Thunder because they went 40-of-40 from the free throw line for the game, with Jimmy Butler going 23-of-23 on his way to 35 points.

Check out more on the Heat