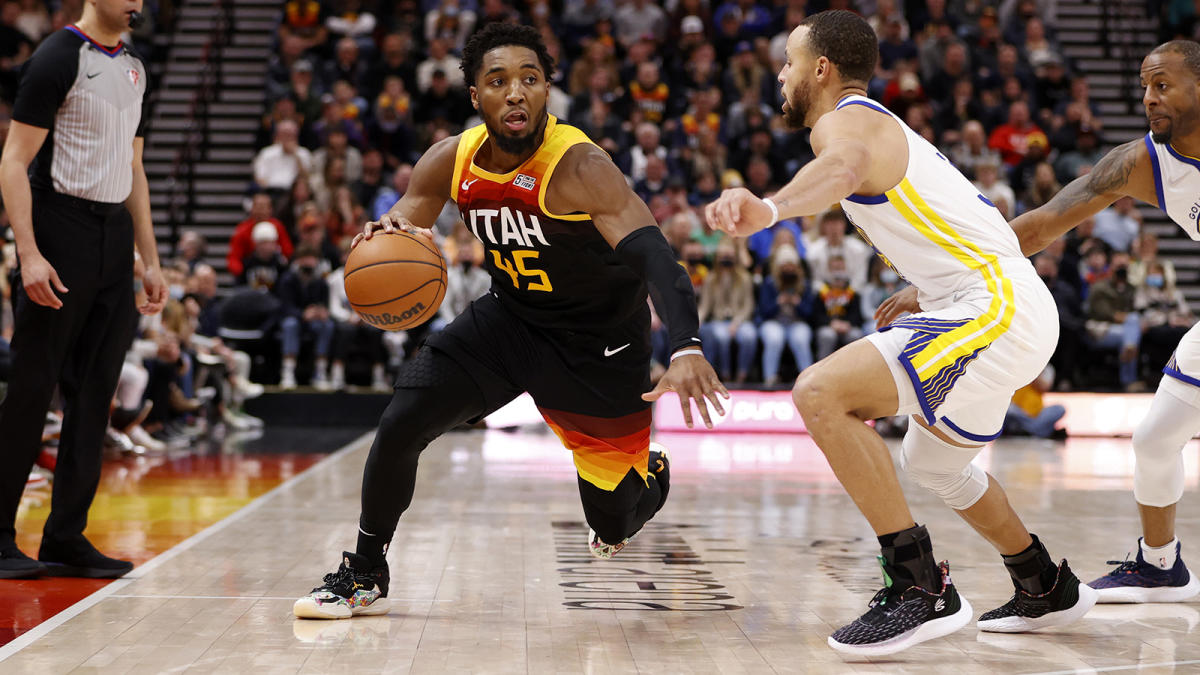 Donovan Mitchell has a new home. And it’s not in the Empire State.

Now that the dust has settled and “Spida” will begin spinning his web in the Eastern Conference, who emerged as winners after the deal? Who are the losers? It’s time to speculate.

The Jazz are going to need to open a new storage unit for all the first-round picks and pick swaps they’ve acquired this summer.

Earlier in the offseason, Utah received four future first-round picks and one pick swap (as well as a small village of role players) from the Minnesota Timberwolves in exchange for Rudy Gobert.

In Thursday’s “Spida” deal, the Jazz received three unprotected first-round picks and two pick swaps. That means Utah now has the rights to 13 first-round picks (including three potential swaps) through the 2029 NBA Draft.

The fire sale in Salt Lake City likely isn’t finished, either. The Jazz still have Bojan Bogdanovic, Jordan Clarkson, Mike Conley and Malik Beasley, among others, that could receive trade interest before the deadline.

Jazz fans might need to bookmark Tankathon as their new browser home page.

Even before the offseason began, Mitchell appeared destined to land in New York.

All-Star big man Julius Randle and a pair of Knicks executives reportedly annoyed Utah’s front office by sitting courtside during Game 1 of the Jazz’s playoff series against the Dallas Mavericks. Mitchell is a longtime fan of the New York Mets, but trade rumors stirred again when he attended a game at Citi Field this summer.

However, trade talks reportedly fell through between the Jazz and Knicks.

ESPN’s Adrian Wojnarowski reported Thursday, citing sources, that New York declined “to include Quentin Grimes into a trade with RJ Barrett” on Monday night, opening the door for the Cavaliers to sneak in and scoop “Spida.”

Since the 1998-99 season, the Cavaliers have been to the playoffs nine times. All nine appearances were with LeBron James on the roster.

Now, the Cavaliers are adding Mitchell to their pair of All-Stars in Darius Garland and Jarrett Allen, not to mention Caris LeVert, Kevin Love and Ricky Rubio coming off the bench.

As we know, James departed Cleveland for the Los Angeles Lakers after getting swept by the Warriors in the 2018 NBA Finals. Sure, James won a title with the Lakers in the bubble, but where are they now?

Cleveland is young and could be playing late into next summer.

The Lakers, meanwhile, are old. They are coming off a disappointing 11th-place finish in the West and might need to employ a therapist to work through drama in their backcourt between newly acquired Patrick Beverley and Russell Westbrook. “Space Jam 2” coming out last year also doesn’t boost James’ resume during his Hollywood tenure.

However, James appears to be a fan of the trade and happy for Cleveland.

To make the play-in tournament, the Kings need to be better than five teams in the Western Conference. Utah’s fire sale puts them in the cellar of the conference along with the rebuilding Oklahoma City Thunder, San Antonio Spurs and Houston Rockets.

That means Sacramento just needs to finish with more wins than one other West team and win a play-in tournament game or two to snap the 16-year drought.

It only takes one.

There will be no easy path to the NBA Finals on the other side of the bracket.

The Jazz were never going to contend for the Western Conference crown, but the trade for Mitchell makes the Cavaliers yet another threat in the East. Between the Milwaukee Bucks and reigning conference champion Boston Celtics, not to mention Kevin Durant patching things up with the Brooklyn Nets and the Philadelphia 76ers, the East is stacked.

The path through the West won’t be a cake walk either, but this trade does nothing but help West contenders like Golden State.

Windhorst produced the most viral meme of the NBA offseason by speculating that the Jazz were selling the team shortly before they moved Gobert.

After the trade was reported, Mitchell even used the Windhorst meme himself to acknowledge that he was heading to Cleveland.