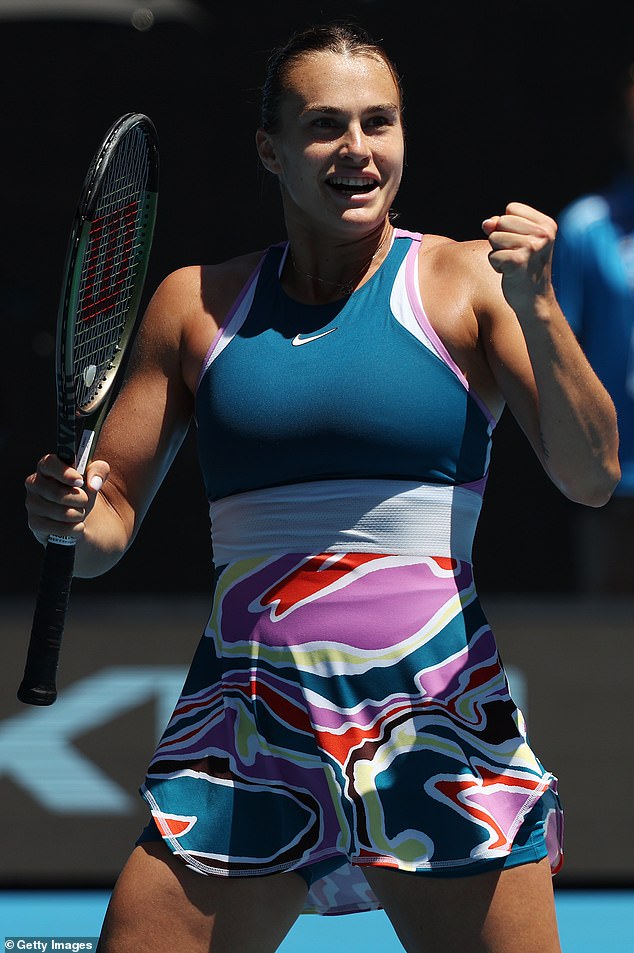 Aryna Sabalenka wore an almost identical outfit to her opponent Belinda Bencic as she showcased her awesome power by blasting 32 winners to charge into the Australian Open quarter-finals for the first time.

The pair showed up for their Round of 16 clash at Rod Laver Arena in abstract patterned outfits that were similar to the one US star Frances Tiafoe turned heads with last week.

Aryna Sabalenka wore an identical outfit to her opponent Belinda Bencic, as she showcased her awesome power by blasting 32 winners to charge into the Australian Open quarter-finals for the first time 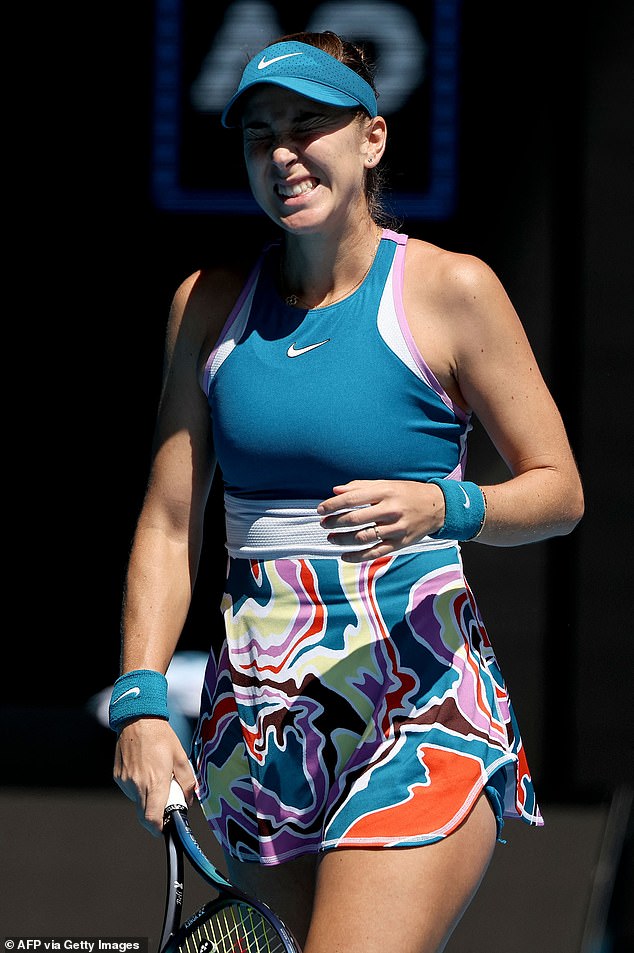 The red purple and blue patterns split opinions among viewers, with some describing the kit as iconic, while others questioned whether Nike’s designers had indulged in drug-use when creating the outfit.

The wardrobe malfunction didn’t distract Sabalenka, who continued her perfect start to the year with a 7-5 6-2 win over 12th seed Bencic.

Bencic raced to a 4-2 lead but won just one of the next six games, dropping the opening set with a double-fault.

Sabalenka’s superior serve was telling as she ran away with an eighth consecutive straight-sets victory of the year in one hour and 27 minutes. 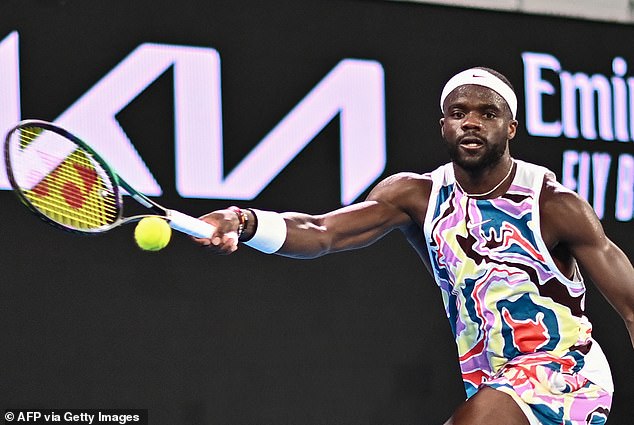 ‘(Bencic) is an unbelievable player, she played so good, and I’m super happy with the level today.’

Sabalenka has spoken about trying to be more ‘boring’ on the court – keeping her emotions in check – and did not drop her head when down a break early.

‘It takes me a little while to understand that negative emotion is not going to help you on court,’ Sabalenka said. 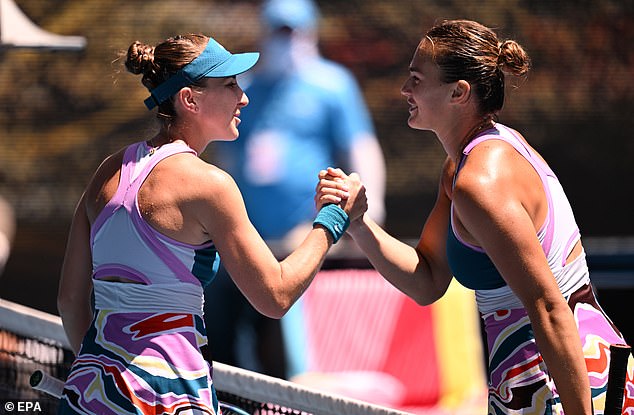 ‘You just have to stay strong and believe, no matter what, and do everything you can to get back in the score and to win the match.

‘I’m super happy with my mindset during the game today.’

Sabalenka has made three grand slam semi-final appearances in the last two years but has never previously made the last eight at Melbourne Park.

The 24-year-old will meet unseeded Croatian Donna Vekic or Czech teenager Linda Fruhvirtova on Wednesday for a place in the semi-finals.