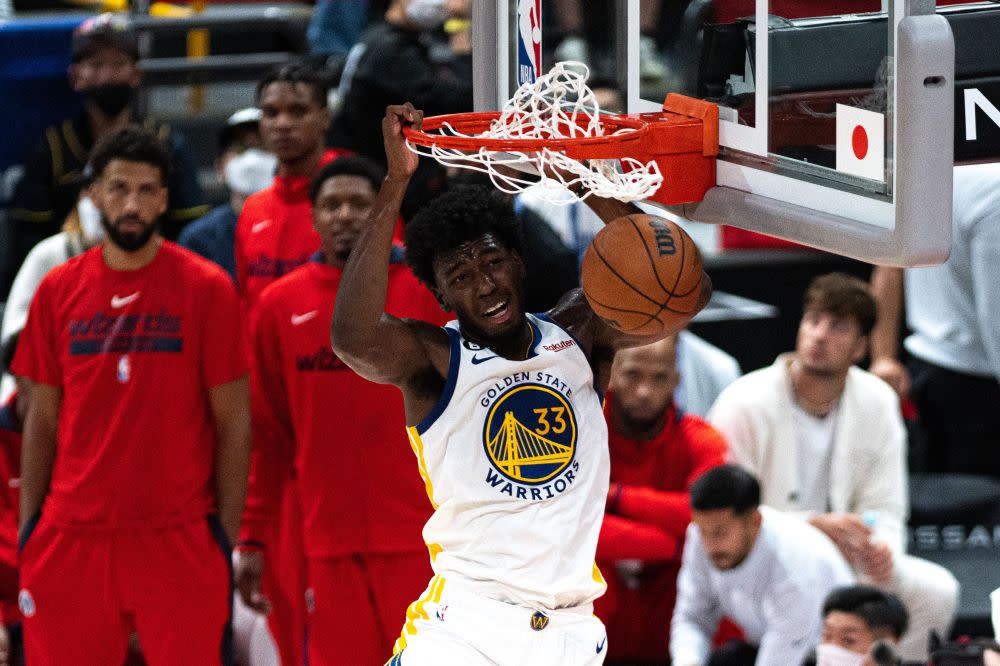 Although training camp is underway, the Golden State Warriors might not be done adding to their roster.

According to Anthony Slater of The Athletic, the Warriors are in talks with guard Ty Jerome for a training camp deal. The Houston Rockets recently acquired Jerome in an eight-player deal with the Oklahoma City Thunder. Following the trade, Jerome was waived by the Rockets.

Since being drafted by the Philadelphia 76ers with the No. 24 overall pick in the 2019 draft out of Virginia, Jerome has played one season with the Phoenix Suns and two seasons with the Thunder.

During his three-year career, the 25-year-old is averaging 7.1 points on 37.8% shooting from the floor with 2.3 assists and 1.6 rebounds per contest.

If Jerome lands with the Warriors, he will have the opportunity to compete against other training camp invites like Mac McClung, Jerome Robinson, Trevion Williams and Pat Spencer.

Following two preseason games in Japan, the Warriors will return to the Bay Area for three more preseason games at Chase Center and the remainder of training camp. Golden State is set to open the season up against the Los Angeles Lakers on Oct. 18 in San Francisco.

See also  Bulls have ‘no interest’ in Lakers’ Russell Westbrook