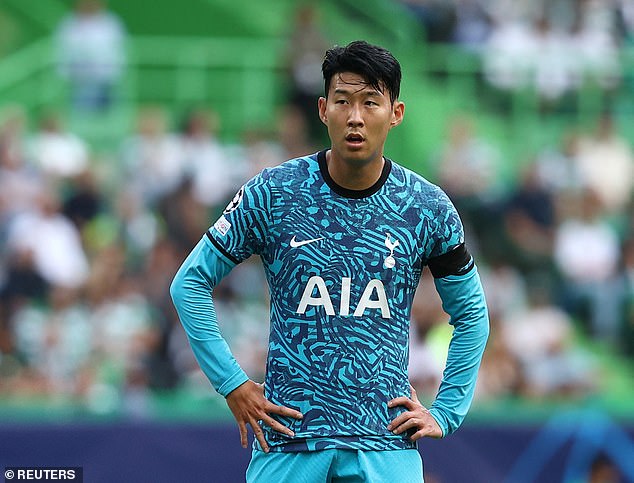 By Henry Clark For The Daily Mail

Tottenham boss Antonio Conte says he is prepared to drop the out-of-sorts Son Heung-min for Saturday evening’s match against Leicester — even though the forward is already ‘angry’.

Son is still waiting for his first goal of the season despite hitting 23 last term to share the Golden Boot with Mo Salah.

The South Korean drew another blank in Spurs’ 2-0 Champions League loss to Sporting Lisbon this week and Conte could now shake up his front three.

‘Sonny, for sure, he is not happy because he’s not scoring,’ said Conte.

‘It’s normal and I like that he’s a bit angry for this situation, because it means that he wants to try to change it. We are talking about Sonny and he’s a really important player for us.

‘For sure it can happen that in some games he can’t play from the start, like Harry (Kane) also. 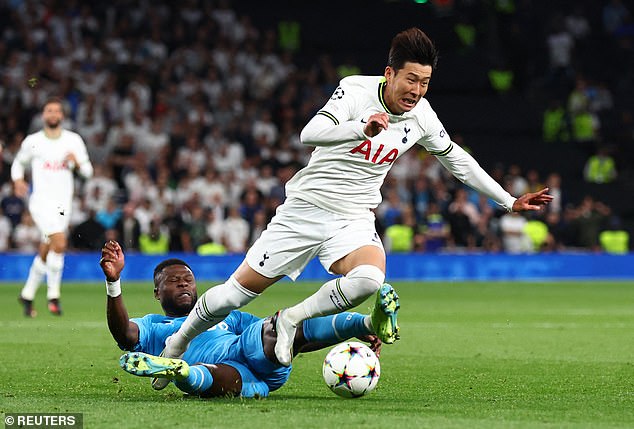 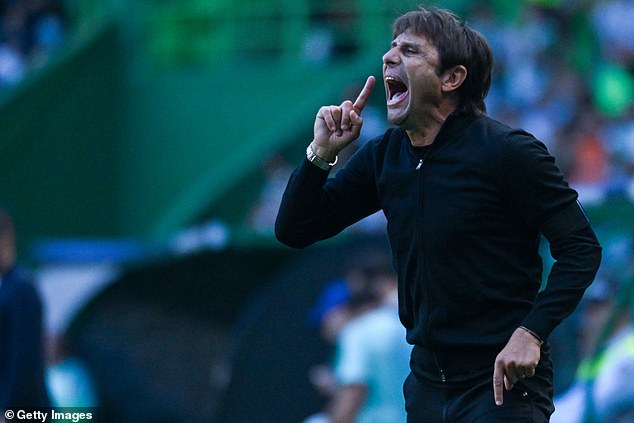 ‘But only to protect him, to give the possibility to rest, to take care of his energy and to bring us a win. For sure I will make rotation on Saturday.’

Conte also revealed he had spoken to Dejan Kulusevski to reiterate his trust in the winger after he was consigned to the bench for a third consecutive match.

‘It’s not easy to make that decision (to drop Kulusevski),’ said Conte.

‘But every decision I’m going to make, it’s always for the best of the team.’