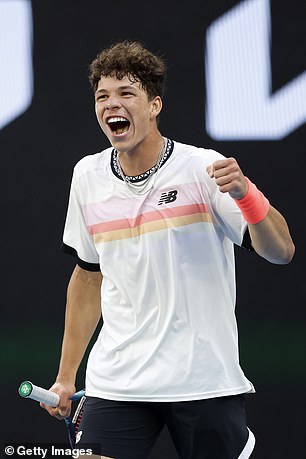 As Tommy Paul finished off Roberto Bautista Agut with a fortuitous net cord Monday, it marked the first time in 23 years that three American men – Paul, Ben Shelton and Sebastian Korda – reached the quarter-finals of the Australian Open.

The last trio to do so were Andre Agassi, Pete Sampras and Chris Woodruff, now current head coach at the University of Tennessee.

American tennis has pulled itself out of the slumber that has set in since Andy Roddick’s 2003 US Open win and the greatest barometer of success comes in the form of Monday’s updated ATP rankings. They will show 10 American men inside the world’s top 50.

The United States will occupy 20 per cent of the world’s top 50. Big things are happening. 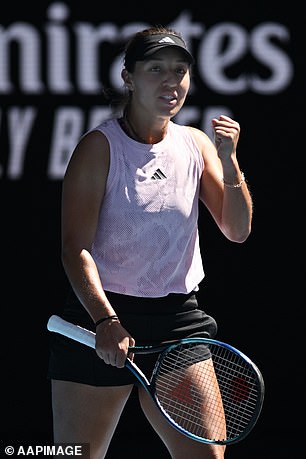 It is important firstly to insist this is no fluke. Work has been put in for years at the United States Tennis Association (USTA) to improve the pathway and the quality of the programs youngsters are being nurtured in.

It should be qualified, too, that collegiate tennis is proving an incredibly useful pathway to the top for America’s rising stars.

On the women’s side eight of the top 50 are from the United States. 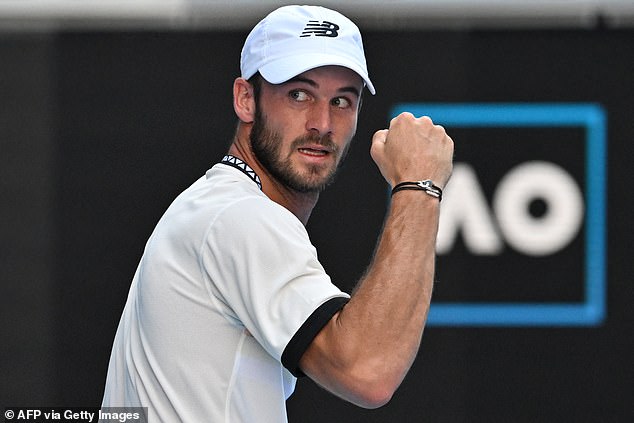 Tommy Paul faces Shelton in an all-American quarter-final, the deepest he has gone in a Slam 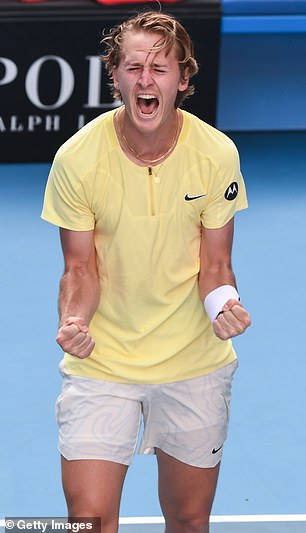 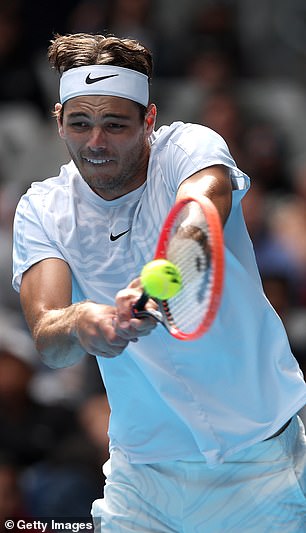 ‘These young guys are coming up, pushing each other,’ Dean Goldfine, one of Shelton’s coaches, told the New York Times.

‘I think that’s one of the things that’s contributing to our success right now as a country.

‘We have these waves. It’s not just one guy here, one guy there. We’ve got a bunch of them, and I think there’s a friendly rivalry there.’

McDonald would go on to lose his next match but the baton was picked up by Korda, who defeated 2021 and 2022 finalist Daniil Medvedev on his journey to the quarter-finals, and Shelton, who has been the biggest surprise to date.

Shelton had never played outside of America – he had never left the country before – but the 20-year-old Florida Gators alumni is now dreaming of a fairytale run, which could include a semi-final meeting with none other than Novak Djokovic. 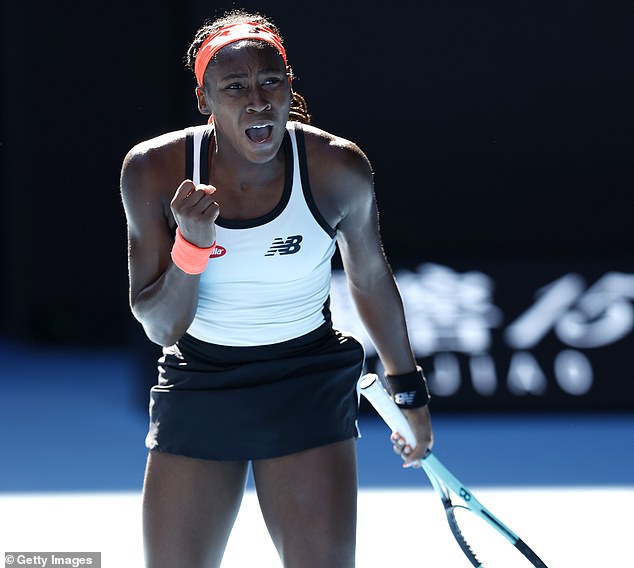 For Korda, Paul and Shelton this is unchartered territory; none of them have ever made it to the last eight of a Slam. But there is also a sense of belonging and with Shelton facing Paul, the US is guaranteed representation in the final four of the men’s singles.

Compare it to the 2022 edition where there was just two American men in the fourth round and zero in the quarter-finals. The progress is remarkable – and suggests no signs of being undone any time soon.

Shelton, the first American man in 20 years to reach a major quarter-final before turning 21 – since Roddick at Wimbledon in 2003 – is turning heads in the locker room, as well as among tennis’ fans.

‘Honestly, if this is the way he plays day in, day out, the guy is top 10 in six months,’ Alexei Popyrin said of Shelton, with the American not being broken once in their third round match-up.

On the women’s side, too, there is major strides being made, with the consistency of Jessica Pegula really driving the standards up – and don’t forget the superstar quality of Coco Gauff. 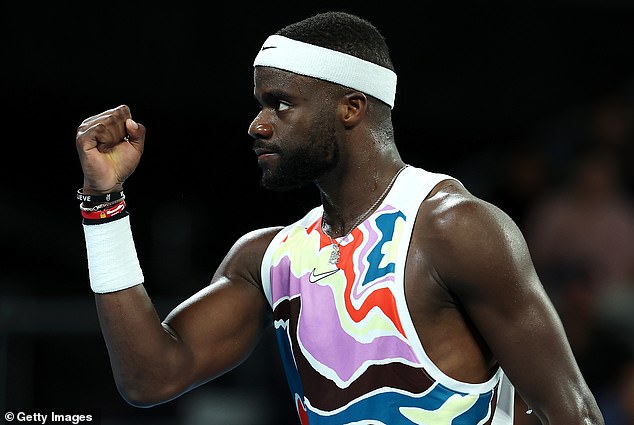 See also  Emma Raducanu's US Open Exit Will Make It Easier For Her To Develop, Says Legend Virginia Wade

Pegula, whose parents Terry and Kim own the NFL’s Bills and the NHL’s Buffalo Sabres, is the highest ranked player left in the women’s singles.

Having never reached a Slam semi-final the key now for Pegula, and the American men still in contention, is to boldly take the next step.

‘I feel more confident, I feel more experience being in this position,’ Pegula said, following her 7-5, 6-2 win over Barbora Krejčíková.

‘I think I definitely feel maybe a little bit more settled than I have in the past in those tournaments.

‘I’ve been playing the best I have than in any of my other Grand Slam quarterfinals. That I think helps. I think I feel more experience coming in here. I think my win will give me a lot of confidence.’