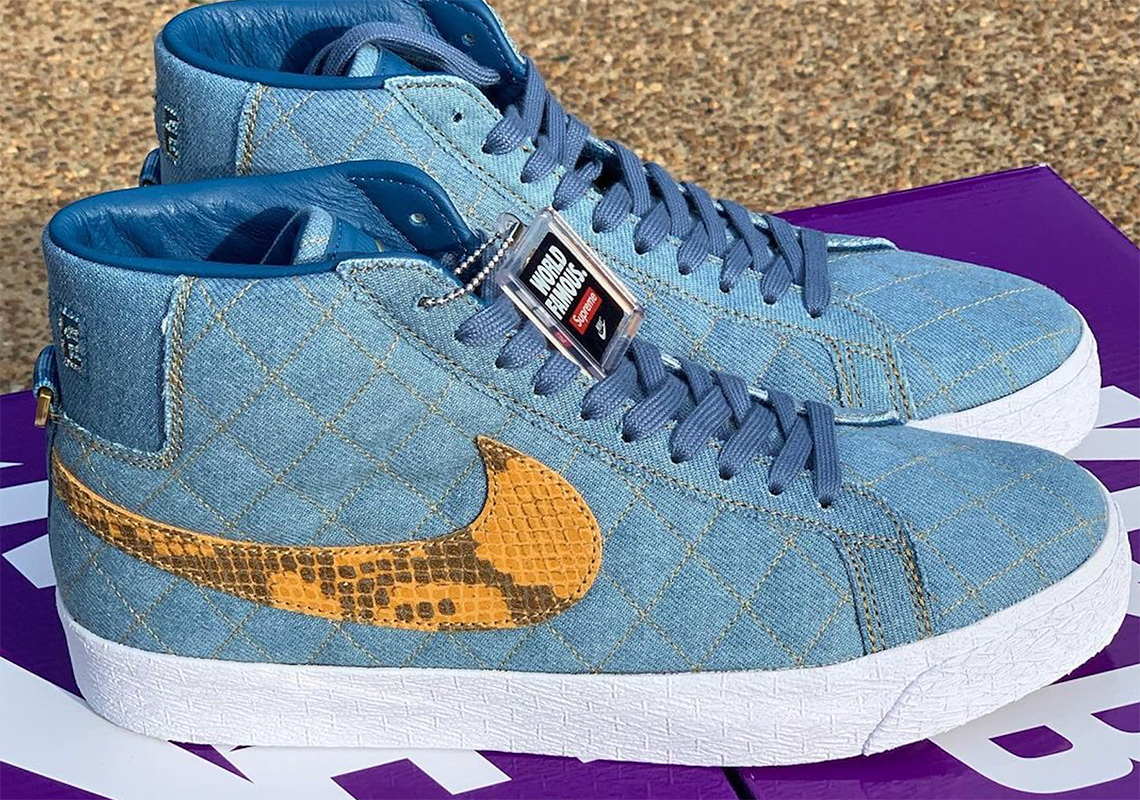 Already previewed was an all-black leather iteration with a new yellow snakeskin Swoosh and a black sole; joining that pair is a new blue denim style with a yellow contrast stitching on the trademark quilted upper. The heel tab features the same denim material, but arranged so that the strands are in an opposite direction to create contrast. Unlike the original 2006 pairs, the 2022 Supreme Blazers feature a new pattern of snakeskin with a golden yellow hue. Like other Supreme x Nike collaborations, these upcoming Blazers will come attached with a WORLD FAMOUS hangtag. Finally, alternate white laces and the all-red insoles will come packaged with the kicks.

A release date is currently unknown, but both pairs of Supreme Nike Blazers are set to release during the brand’s FW22 seasonal line. 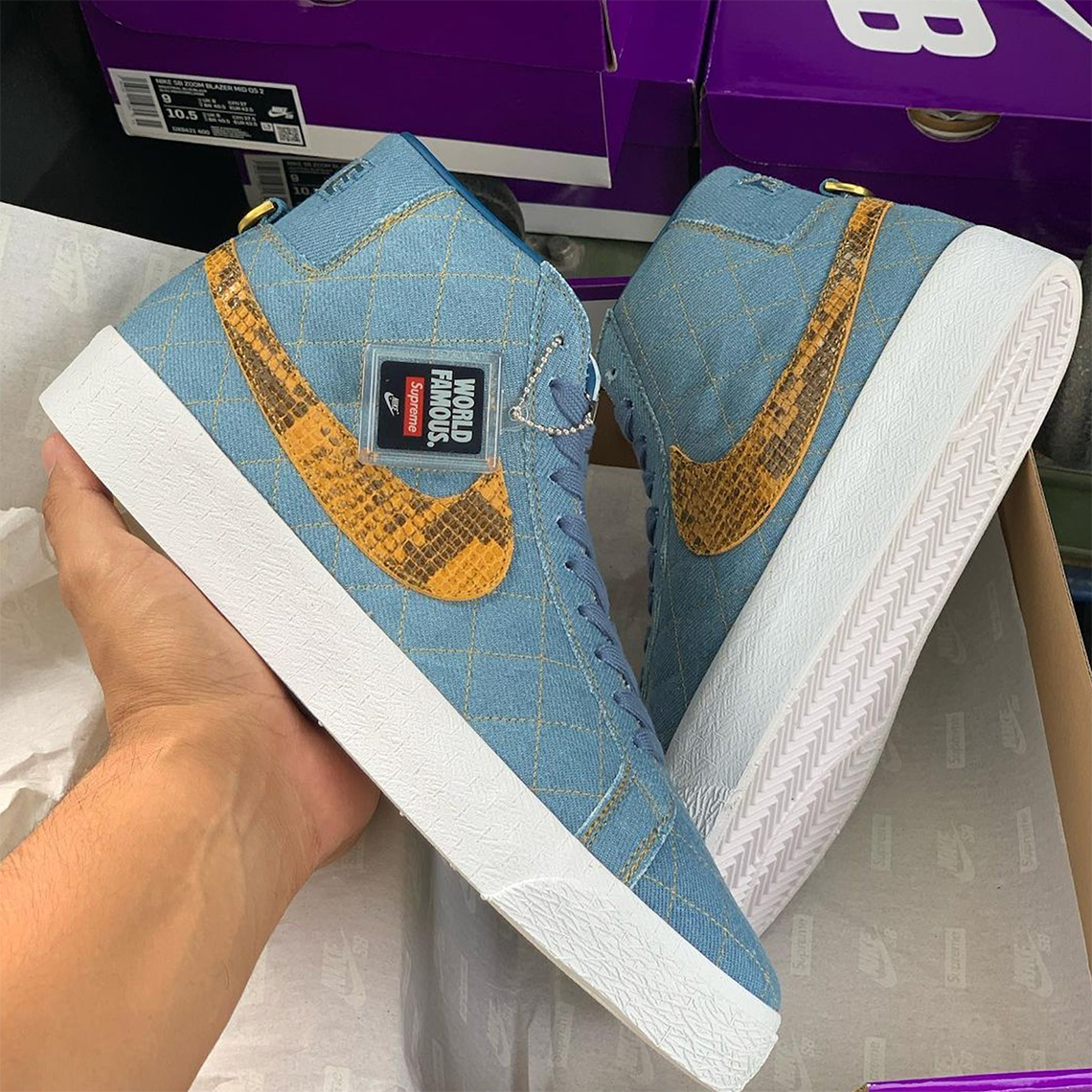 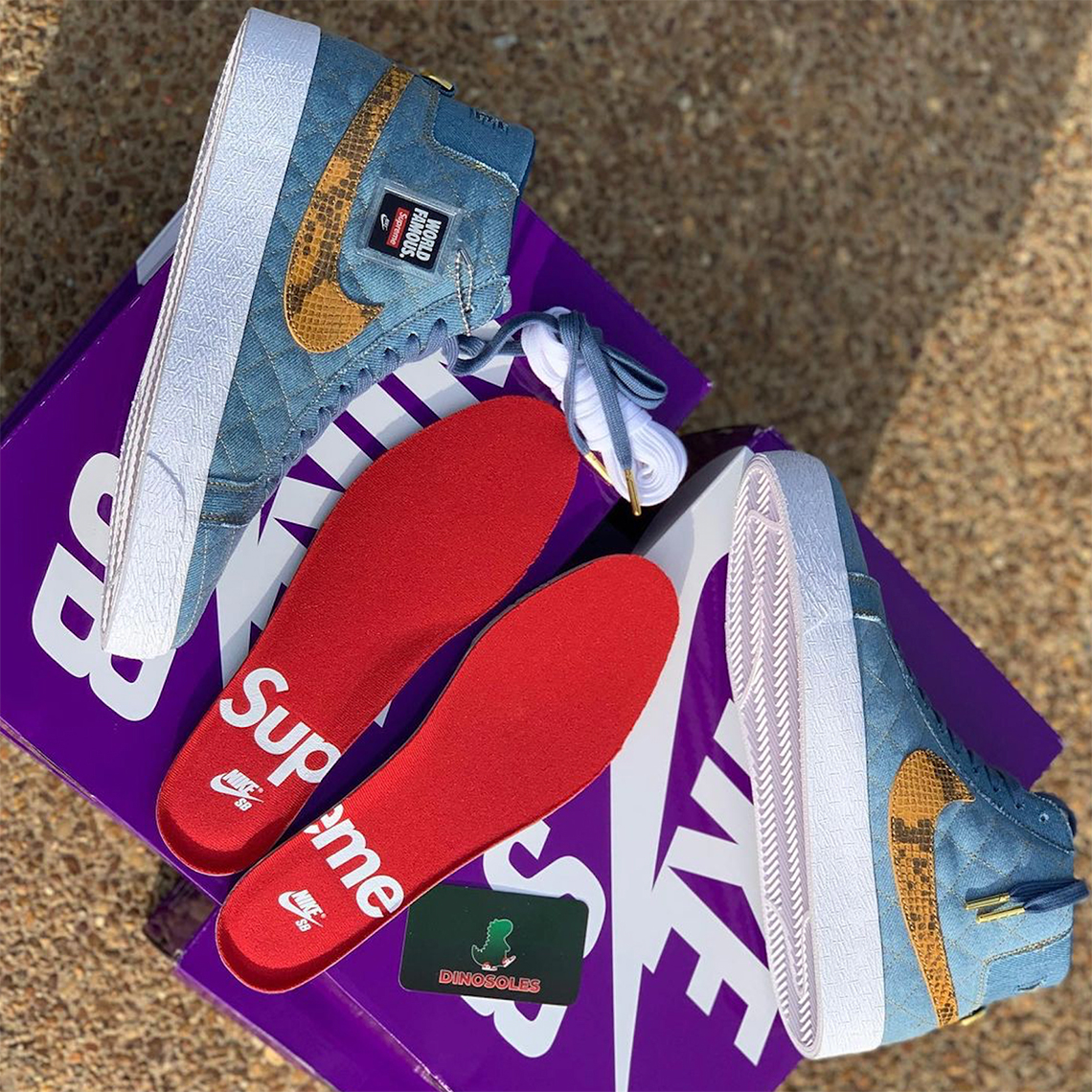 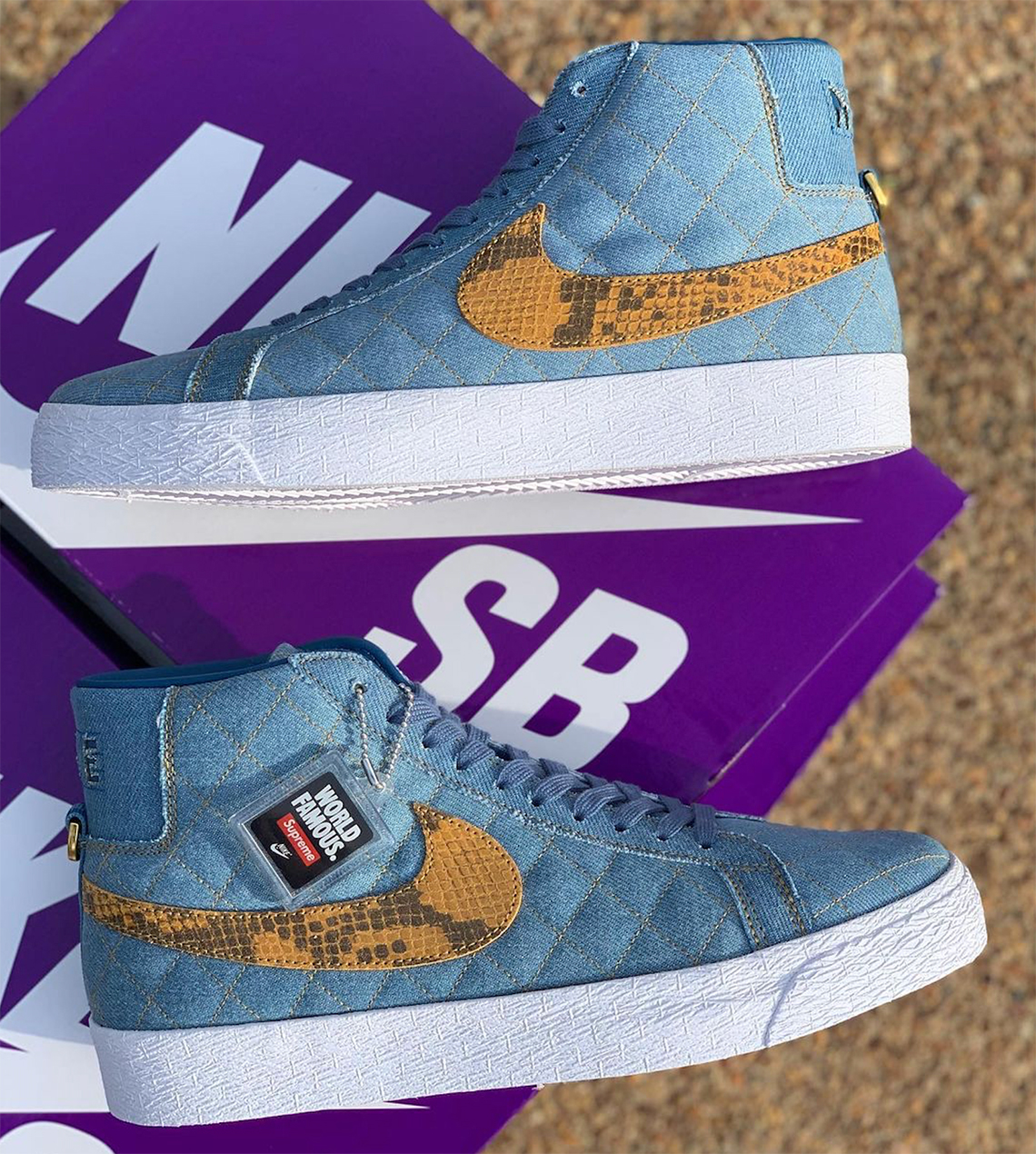 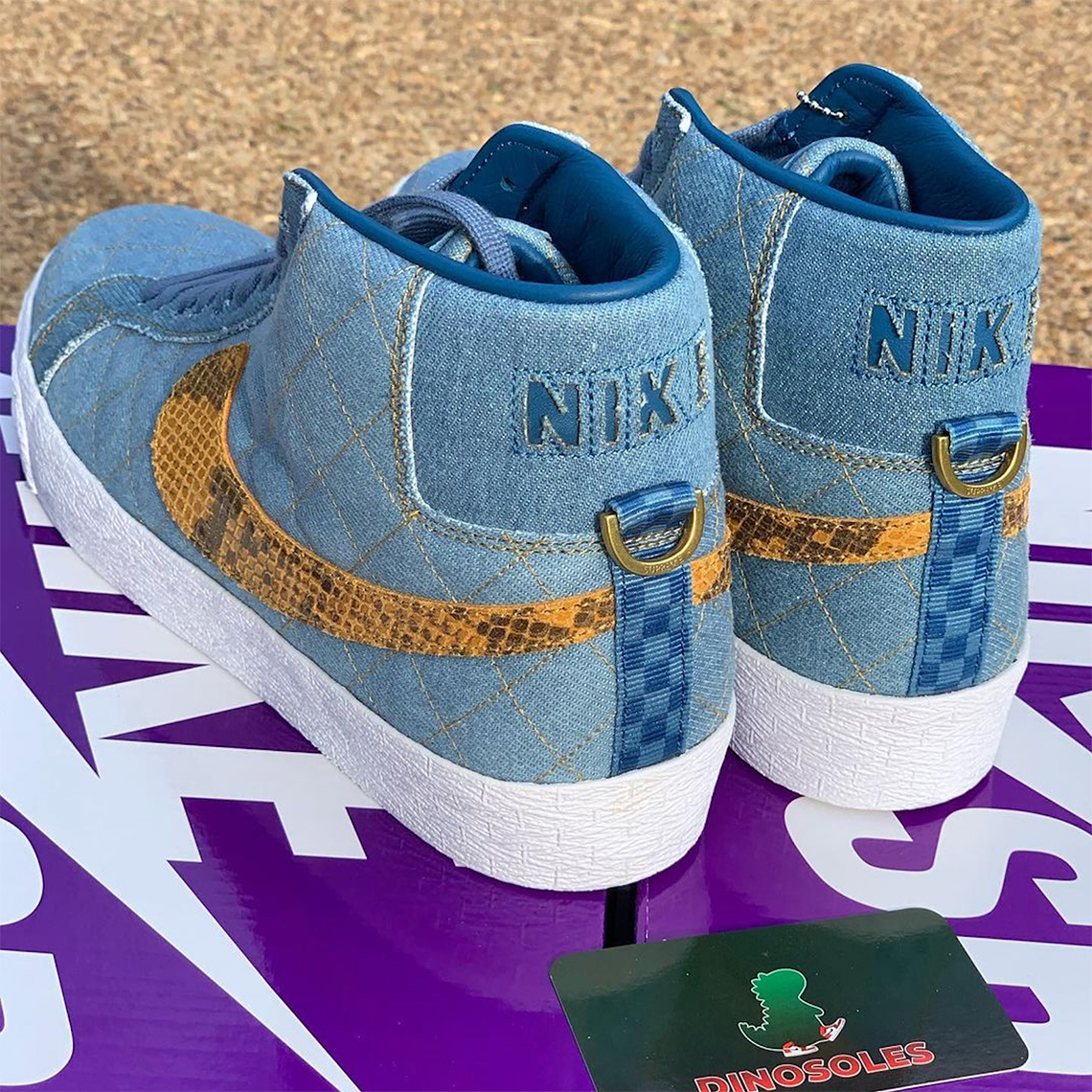 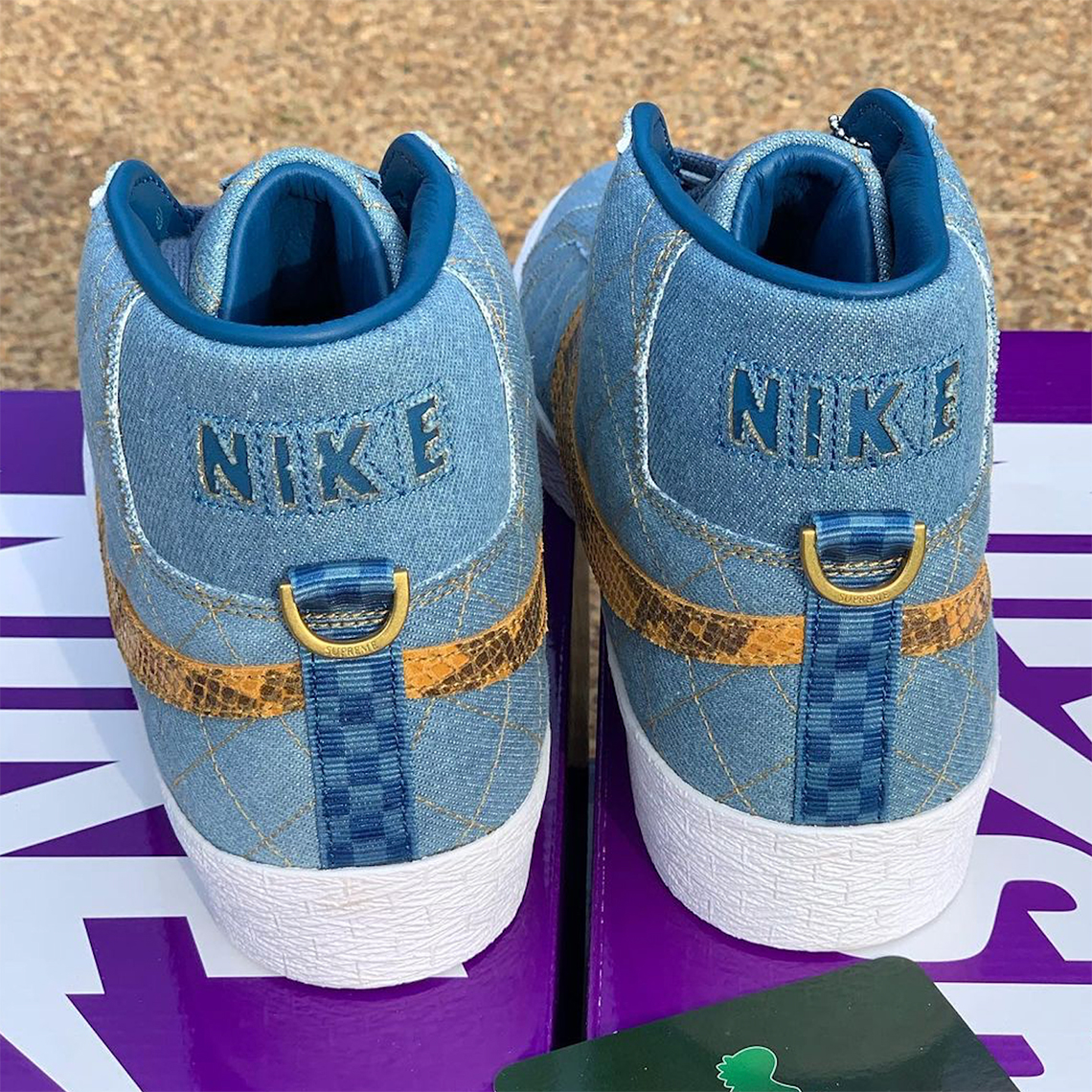 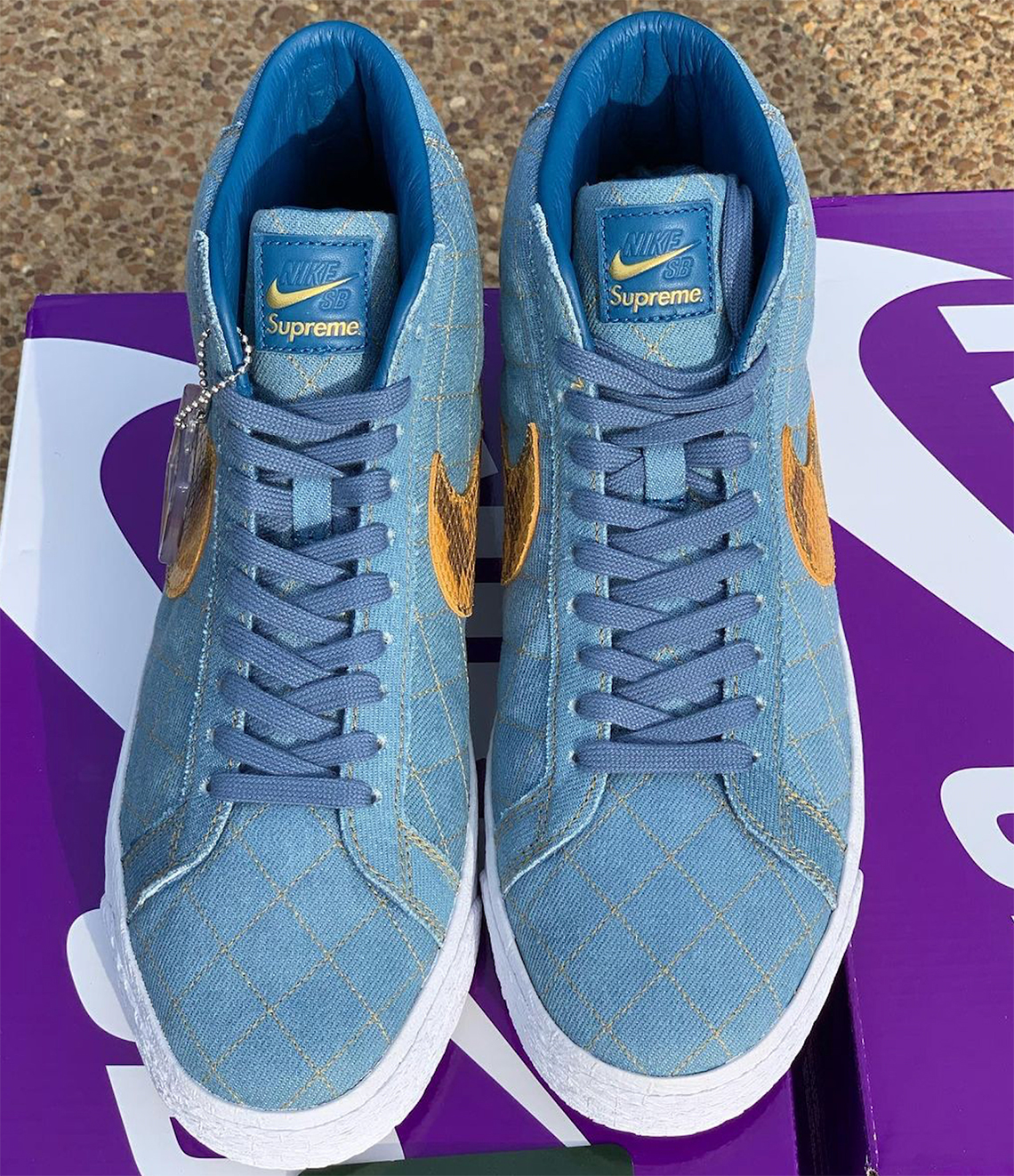 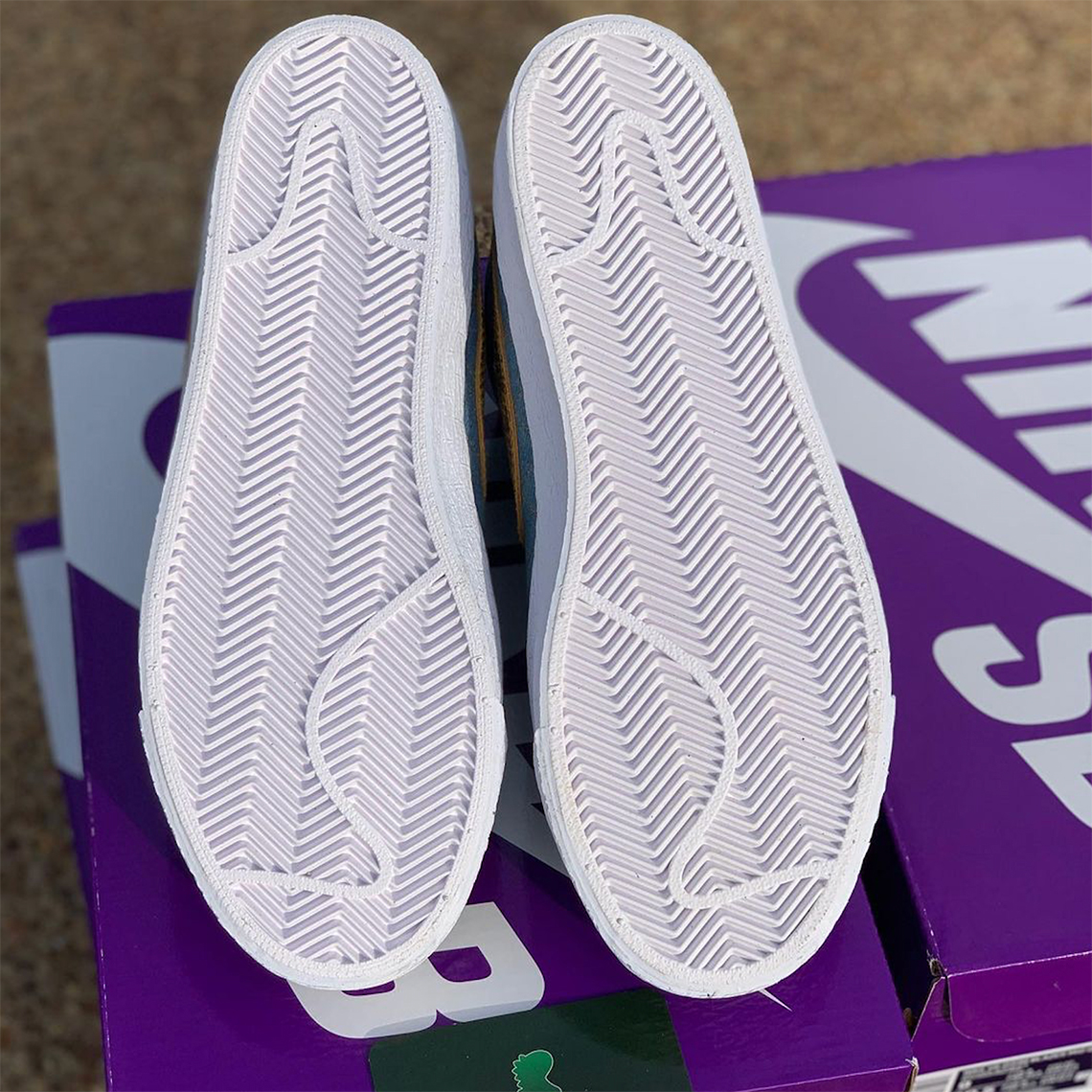 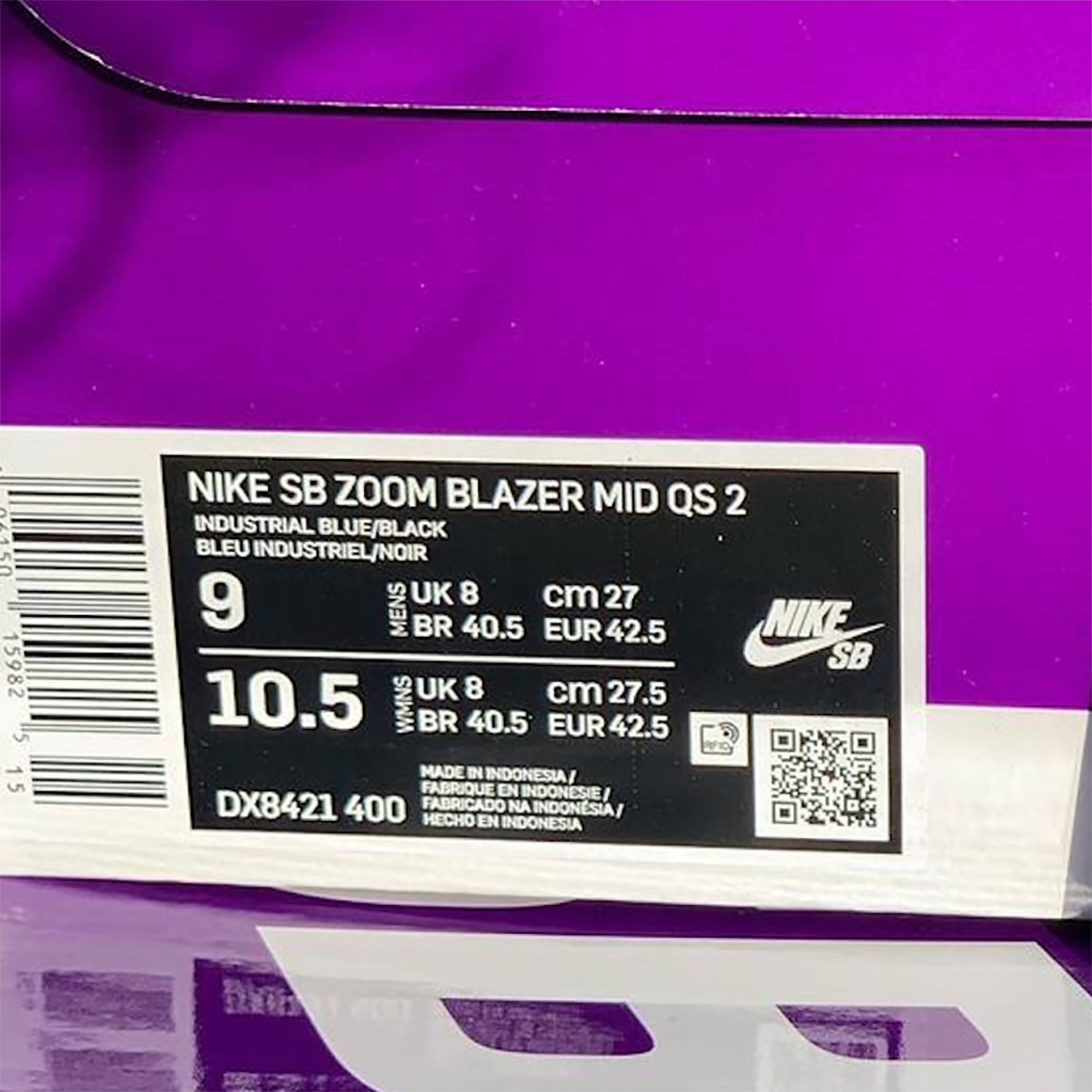