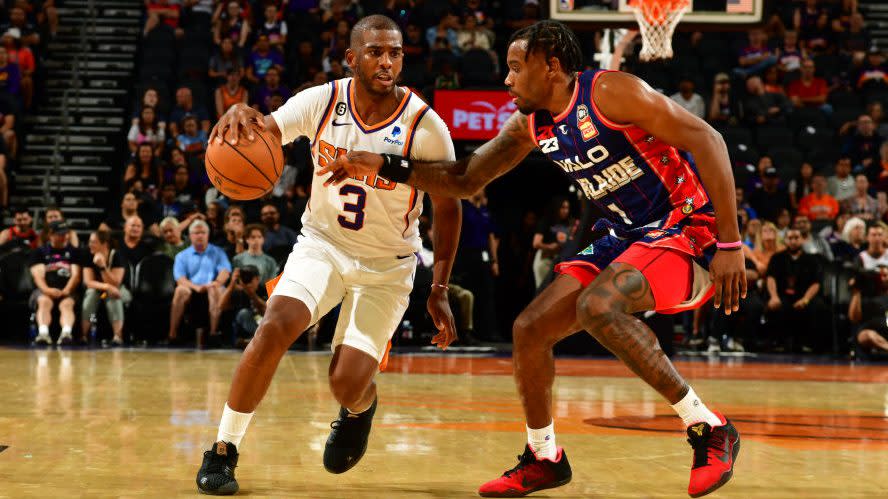 The Adelaide 36ers may be from Australia’s National Basketball League, but they are professional players — leave them wide open and they will hit shots.

Phoenix treated Sunday like their first preseason game (it was) and the 36ers hit 24 3-pointers on their way to an upset of the Suns, 134-124. The 36ers were the aggressors all night long, playing team basketball and putting Phoenix on its heels.

It’s just preseason. One preseason game is not a bellwether for the season, there should be little more than raised eyebrows in Phoenix. However, with their last game being a crushing 33-point loss to Dallas which eliminated them from the playoffs a season ago, this was not the palate cleanser that Phoenix fans were hoping for.

Craig Randall — you may remember him from the University of Memphis and Tennessee-Martin — scored 35 points while Robert Franks added 32. The 3-point shot is the great equalizer in basketball and the 36ers were on fire.

The last NBA team to lose to an International squad before Sunday was the Thunder in 2016 to Real Madrid. The year before, Turkish power Fenerbahce beat Brooklyn in the preseason. It does happen.

Reserve point guard Cameron Payne led the Suns with 23 points, while Deandre Ayton looked solid and dropped 22, as did Mikal Bridges, who also had 22. Devin Booker had 13 points and Chris Paul dished out 12 dimes.

With the size of Ayton and the athletic slashing of Bridges, the Suns scored 64 points in the paint, more than doubling the 36ers. But math was not on the Suns’ side, as they traded twos for threes and kept falling behind.

This is great for the NBL and its efforts to grow the brand — the 36ers will now take on the Thunder later this week.

It’s a shrug and move on game for the Suns. Expect a more focused effort from the team next game.

Here’s more on the Suns