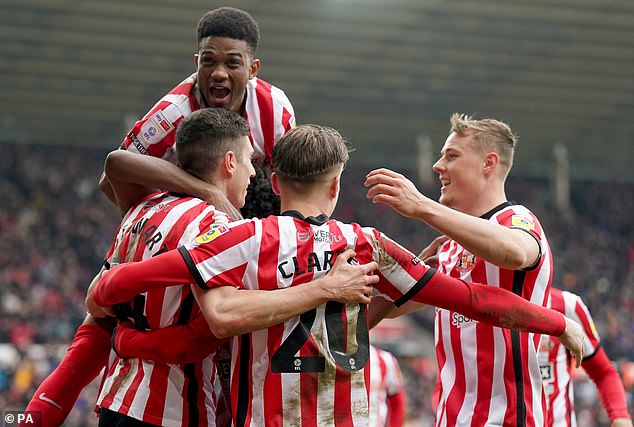 Michael Carrick is a sound judge. The Middlesbrough boss has got little wrong in a few months of management. He called it here, too. The problem is, the boy he prophesied as a game-changer plays for Sunderland. At least he does for now.

Manchester United loanee Amad Diallo is illuminating the Stadium of Light in red and white this season. It is the red and white of his parent club, however, where Carrick and opposite number Tony Mowbray see his future.

For a man who speaks eloquently but economically, Carrick used many of his words dispensed with pre-match to talk up the 20-year-old Ivorian, with whom he worked at Old Trafford. Come the end, Diallo’s actions spoke far louder. 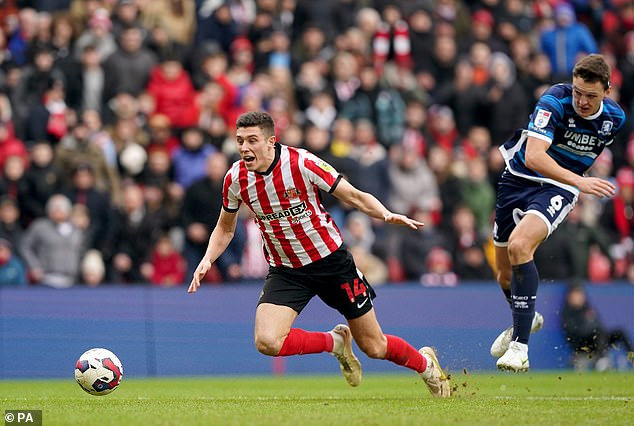 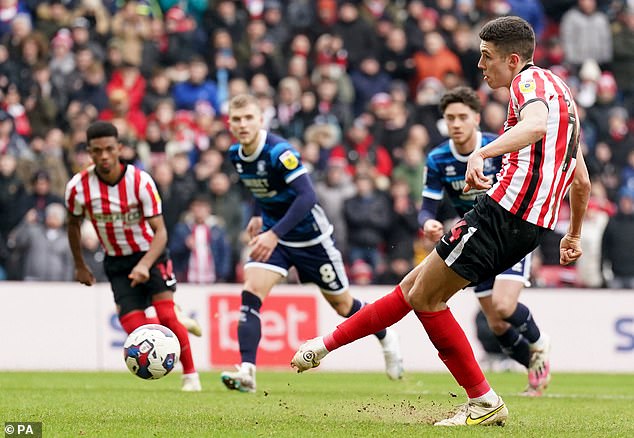 Stewart picked himself up to take the penalty and though it was saved, tapped in the rebound

See also  John Terry rules Chelsea out of the title race, but says Graham Potter is the right man to be boss

Man of the match: Diallo

His goal was the not the winner – Ross Stewart had already converted the rebound from his own missed penalty – but his strike nine minutes from time to make sure of victory was a fitting way to cap a performance of flair and adventure.

Carrick warned what he might do. But much like the seagulls who swoop down on this stadium to pilfer their lunch, sometimes there is nothing you can do to repel such a direct attack. Boro certainly had no answer to Diallo when, with nine minutes to play, his dummy made a mannequin of Hayden Hackney and his shot, tucked in the bottom corner, left goalkeeper Zack Steffen equally motionless. Everyone else inside this boisterous old ground was bouncing.

Carrick would have taken no comfort in the accuracy of his forecast, especially as his side, by now down to 10 men, were pushing gallantly for an equaliser. And it says much for Diallo’s display that the controversy of Boro’s sending-off has been relegated to this point before mention.

Dael Fry’s red card came shortly after half-time when tugging on the threads of Stewart’s jersey as the striker bustled clear on goal. James Linnington’s decision to dismiss the defender was correct, but the award of the penalty was not. The foul had occurred a few inches outside the area.

And, in a contest of fine margins, it was to be another that swung the game Sunderland’s way when Stewart’s penalty was brilliantly saved by Steffen, only for the ball to spin back into the path of the Scotland international who gratefully cushioned home. 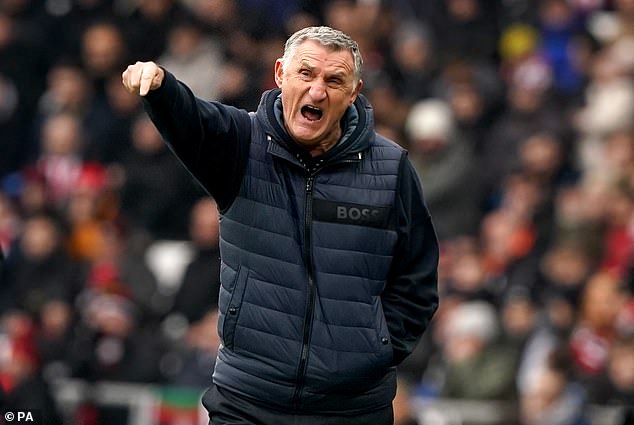 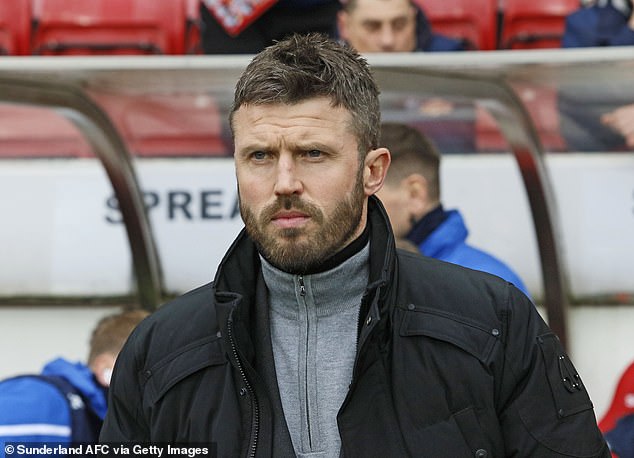 ‘I don’t agree with either decision,’ moaned Carrick. ‘Dael didn’t make any attempt to bring him down. He was running in a straight line. There was nothing deliberate about it. And it’s outside the box, everyone can see that. Big games like this, you can’t get decisions like that wrong. It’s a double whammy for us.’

The win moves Mowbray’s side to within one point of sixth-placed Boro and ends a four-match winning streak for Carrick’s men. The home boss – much like the referee, you assume – says he did not get a great view of the red-card incident and declined to comment. But he had plenty to say about Diallo.

‘I think he’s got the talent to play at Man United,’ he said. ‘The question is, whether he’s got the personality to play there. He had a disappointing loan at Rangers last year, but I couldn’t pick a team without him. The hope is he goes back to Man United, does what he does and finds himself around their team.

‘It’s unbelievable how clever he is with the football. The talent will never be a problem for Amad. But he has to be able to grow with that and the demands a world class coach will put on him.’

Maybe it will be that promotion with Sunderland this year could see him loaned back next season. The Black Cats were impressive here and handled the occasion better than Boro, not that it was a studs and thunder type of derby.

The fervour and ferocity on the streets outside before kick-off – police helicopter up above, barking dogs and a battalion of officers at the nearest Metro station – was not necessarily replicated on the pitch. This was a modern derby, all passing and pressing. That is not a criticism. If anything, it is a favourable reflection of two managers whose principles are rooted in playing the game with an aesthetic splendour.

Lee Cattermole, formerly of both clubs, made the half-time prize draw. And while the game wanted for his foot in the tackle – as opposed to his hand in the bucket – it was nonetheless a fascinating spectacle.

Mowbray had his head in his hands after one attack in which his young stars outshone one another for showboating only to run into the darkness of a blind alley in the first half. Their cutting edge was somewhat blunted.

That was different in the second half, and there was no player sharper than Diallo.