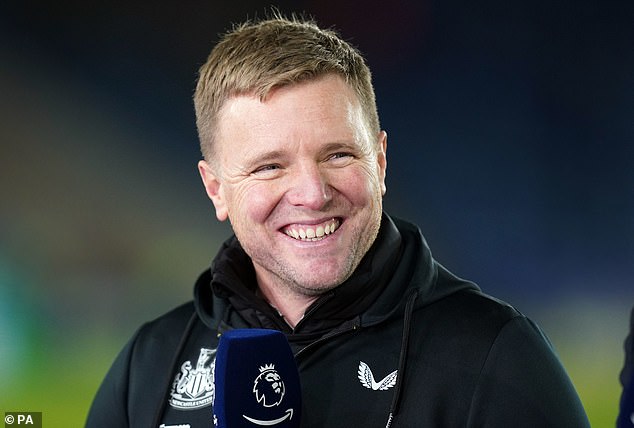 Steve Bruce reveals he recommended Eddie Howe to Newcastle’s ‘terrific’ new owners after they asked his opinion – as he opens up on his St James’ Park departure, revealing he told them: ‘I think my time is up here’

Steve Bruce may not be popular among Newcastle supporters but he has revealed he helped the club find his managerial successor in Eddie Howe.

Bruce left his position as Magpies boss in October 2021 by mutual consent officially, with the club second bottom in the Premier League and without a win in eight matches at the time.

The St James’ Park outfit were at a low ebb and their new Saudi-backed owners took little time in yielding a fresh start there by cutting ties with Bruce just under two weeks of taking ownership. 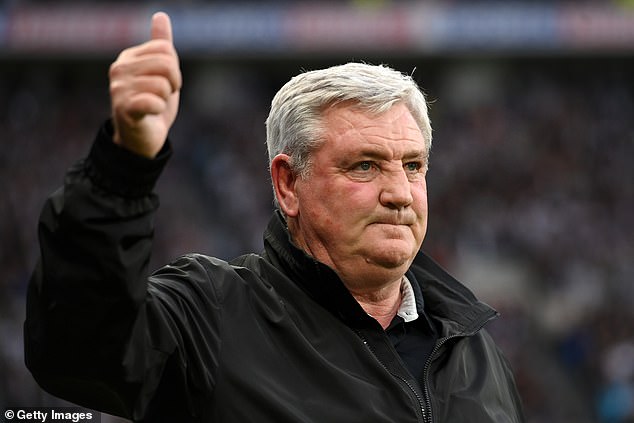 According to Bruce, he gave the thumbs up for Howe to succeed when asked by the owners

Howe was named as Bruce’s successor in November 2021 and has done a brilliant job in the hotseat since. Last season they finished 11th in the Premier League – 14 points clear of relegation, a remarkable turnaround prior to his arrival.

See also  ‘He dribbles like Ronaldinho’: rise of Mudryk no surprise to old teammates | Chelsea

This campaign, Newcastle are faring even better as they sit third in the standings on 35 points after 18 games – losing only once in the top flight. They also have a Carabao Cup quarter-final to look forward to on Tuesday night against Leicester City as they bid to make a domestic semi-final for the first time in 18 years.

And reflecting on the impact of Howe, the owners at his former club and how his own situation there ended; Bruce was nothing but positive.

‘The new owners were terrific with me I Have to say,’ he told the Die For Three Points Podcast.

‘They did say how can we help you, I said “look I think my time is up here, because the only negative thing that’s left now is myself”.

‘And would you believe they did ask me my opinion of who could take over and I did recommend Eddie (Howe) to them and thought he’s a very very good young manager.

‘Pleased to say that he got the job and I am delighted that they’re doing so well.’

While Bruce is pleased about Howe, the 62-year-old himself is set to retire from football management following a 25-year career – as Sportsmail exclusively revealed on Monday.

He has been out of work since leaving West Brom last year and is now preparing for life after football.

Bruce – a former Manchester United captain – has been one of the most recognisable figures in English football for well over 40 years after making his senior debut for Gillingham in 1979.

But he has revealed that he is walking away from the game, saying: ‘I’m looking at it now, the last job in particular hasn’t gone so well. So is it time to say “okay – can I see if I can be without it?”

‘But, certainly, I’ve enjoyed it. Has it been difficult? Of course it has – if you’re going to go into management there is going to be difficult moments ahead.

‘I don’t think you can ever say never – but at this moment in time I’m bordering on that way (retirement).’

During his playing days Bruce made his name at United, where he emerged as a central figure under Sir Alex Ferguson – most memorably playing a key role in the club’s historic title triumph in 1993, their first since 1967.

Bruce, who captained United, won nine major honours at Old Trafford. He also won the League Cup with Norwich in 1985.

The former central-defender has been a mainstay in football management since taking over at Sheffield United in 1998; working at 11 different clubs.

He achieved his lifelong ambition of managing Newcastle, the club he supported as boy, in 2019.