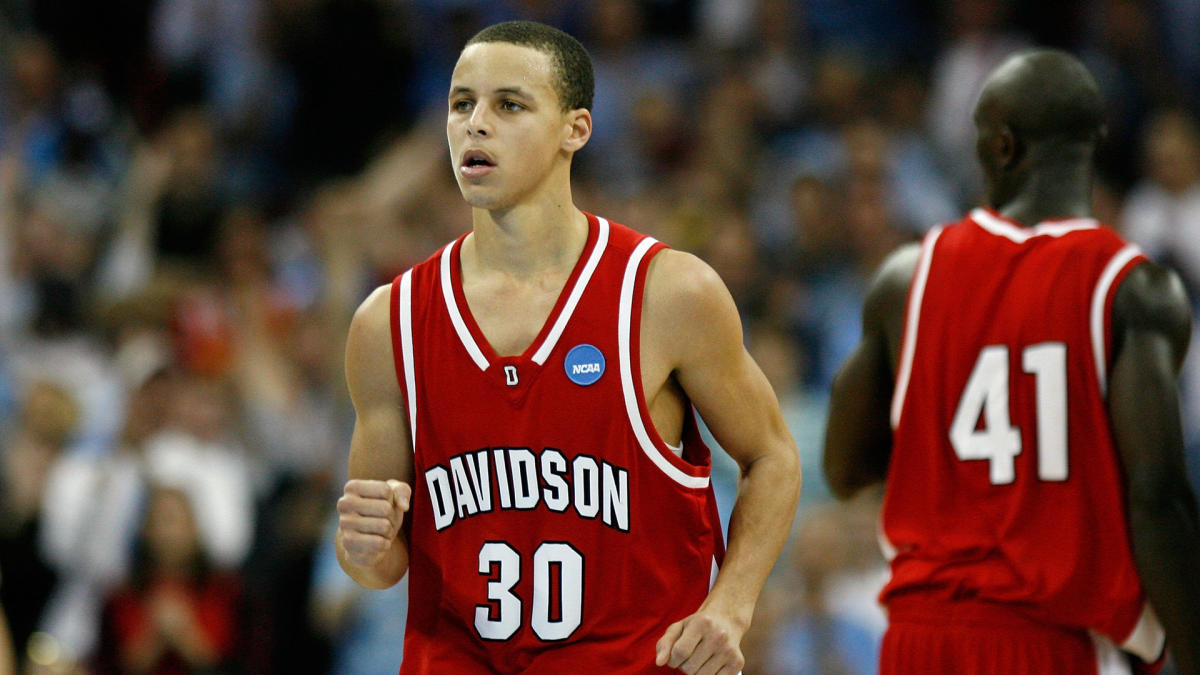 Steph Curry always wanted to play college basketball at an ACC school like his father Dell, but as the elder Curry described Wednesday during one of the most meaningful days of his son’s life, the skinny sharpshooter was 140 pounds soaking wet with his clothes still on coming out of the pool in high school.

No big colleges wanted him. None.

Dell’s alma mater Virginia Tech said no thanks. Duke didn’t even think he could be a walk-on for the Blue Devils. There Davidson College was, though, not even an hour’s drive for the Curry family to watch their son continue his basketball dreams.

Coach Bob McKillop welcomed Curry with open arms. Davidson’s enrollment doesn’t even reach 2,000 undergraduate students. They were a small school that virtually nobody had heard of before Steph arrived, and the school now is a global brand thanks to one person.

After he averaged 21.5 points and shot over 40 percent from 3-point range as a freshman, everybody wanted him now. Everybody. He stayed at Davidson, the rest has been written and Wednesday was a reminder of the three letters he has tattooed on his left wrist: TCC.

Curry trusted McKillop’s vision for him and wasn’t going to jump ship to what many would consider greener pastures. He was committed to his coaches, teammates and student body. While at Davidson and since leaving, he has shown how much he cares about the institution, which led to him earning his diploma, being inducted into the school’s Hall of Fame and having his No. 30 jersey retired.

“That sense of pride is what today is about,” Curry said during his Hall of Fame speech to a packed house at John M. Belk Arena. “This community is special. I can’t thank y’all enough for showing up for me the way you have every step of the way.”

When it was clear he was about to be a top draft pick after his junior season, Curry said he bawled like a baby crying on the phone with his now wife, Ayesha, standing outside of the computer lab. He knew he had to take the leap to the NBA, but he couldn’t imagine not being a Davidson Wildcat. The impact the school and the community had on him as a whole was undeniable. The relationship wasn’t going to end after three years.

Steph’s mother, Sonya, called her son graduating college with a Bachelor of Arts as a sociology major a “dream come true for me.” A mere 13 years after entering the NBA, Curry completed his graduation last May, just one month before winning his fourth championship with the Warriors. He wasn’t recognized Wednesday for only his godly athletic achievements. Curry was inducted to the school’s Hall of Fame for the “remarkable human being that he is.”

As he wrapped up his speech, Dell put the perfect bow on the day and what’s to come years down the road.

“The next Hall of Fame, you know where that’s gonna be,” he said.

Even when Curry announced his decision to enter the NBA, he promised to one day graduate and to always be a part of the Davidson community. Check, and check. The Curry family has given countless amounts of money to the college, Davidson continues to thrive from Steph ever stepping foot on the campus, and just this past year, Steph and Ayesha donated an undisclosed amount of money for women’s sports scholarships at Davidson to kick off their Curry Family Women’s Athletics Initiative, which is aimed at helping close the inequity gap in women’s sports.

McKillop’s favorite story of the day wasn’t getting Curry to come to Davidson or his many March Madness heroics. It was Curry’s first national press conference after his second game. He scored 32 points and had nine rebounds in a 10-point loss to Michigan. Instead of talking about his performance, Curry thanked teammates for setting good screens, hitting him with accurate passes and helping him on defense.

It takes a village. Success isn’t singular, even for Steph Curry.

“I’m a graduate, I’m a Davidson alum and I’m in the Hall of Fame. It’s pretty crazy. Thank y’all so much.”