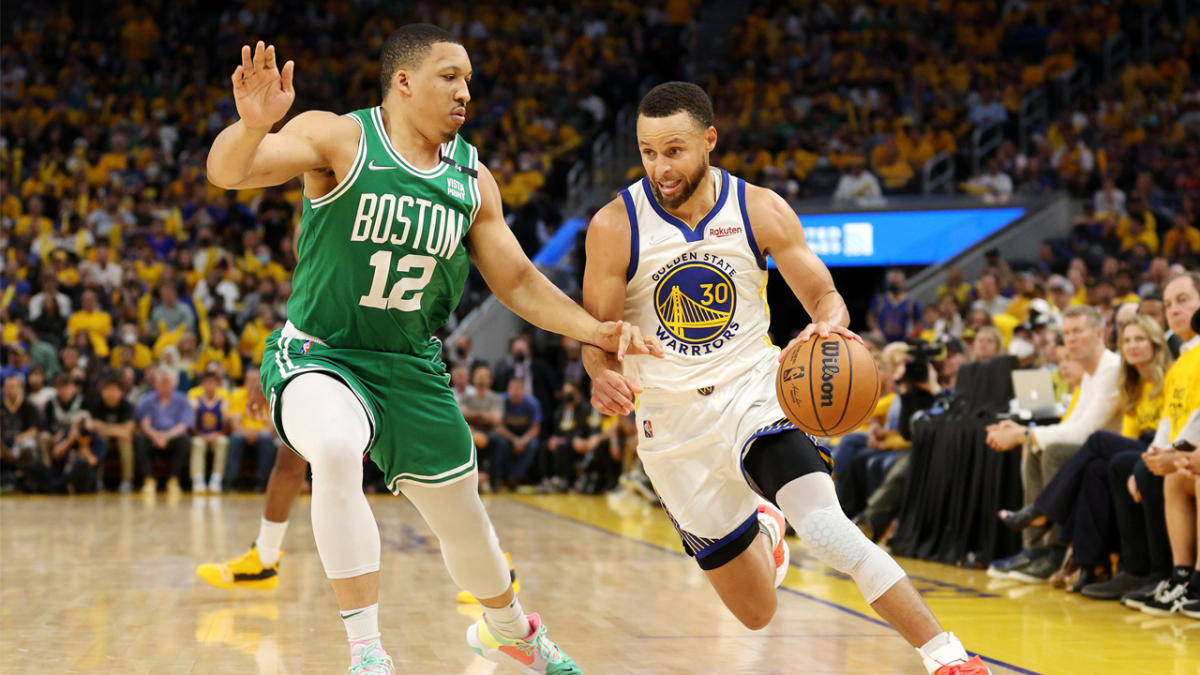 Steph Curry was honored by his alma mater Davidson College on Wednesday and as expected, his friends, family and Dub Nation showed an outpour of support for the Warriors superstar.

A little less expected, however, was Curry getting congratulated by an Eastern Conference rival.

While on stage ready to officially receive his college degree, be inducted into the Davidson Hall of Fame and become the first person to have his number retired at Davidson College, Boston Celtics forward Grant Williams made a surprise appearance in his tribute video.

Yes, the same Grant Williams who has engaged in back-and-forth jabs with Curry and the Warriors after Golden State beat Boston in the NBA Finals earlier this summer.

“What’s up, brother. First off I wanted to say congratulations. It’s a huge accomplishment, it’s a blessing,” Williams started. “I wore 30 in high school because of you, and now I didn’t win a ring because of you.”

And if that is Williams paying respect to Curry, we’ll definitely take it.

Especially given that just two months ago, in six hard-fought games, Williams and the Celtics were in a dogfight with Curry and the Warriors.

And the drama and trash talk that came with the high-intensity series continued into the offseason.

Even after being defeated, Williams still maintained that the Celtics were the better team in the Finals, but the Warriors were the more “disciplined” team.

It didn’t take long for “Petty King” Curry to bite back, posting a photo of his haircut with the caption: “A very disciplined cut.”

And when the 2021-22 NBA Finals MVP took the ESPYS stage for his hosting duties, he didn’t hold back.

“It’s great to see you again, my man,” Curry said to Williams in the audience while wearing a green suit. “I know you like this color. I’ll let you borrow it after I’m done. I might even let you wear a ring.”

And if you thought that was the end of it, you might need to catch up with how things play out in the NBA.

While the Twitter fingers have been just as entertaining as their on-court action, it appears Williams has the utmost respect for Curry.

At least until next season, of course.

“Congratulations on the success,” Williams said at the end of his tribute. “I wish you luck and I’ll see you again next year.”