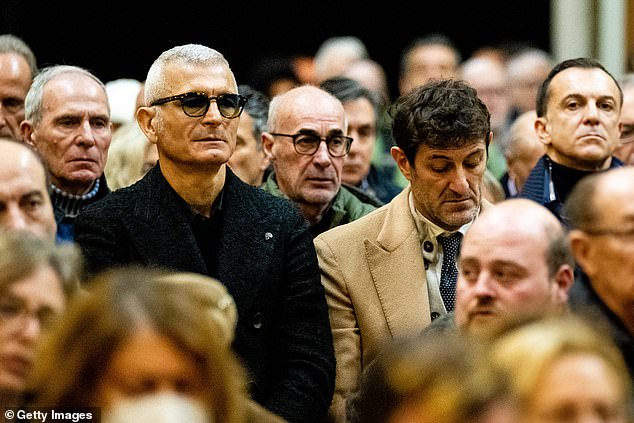 Gianluca Vialli’s old team-mates come together to remember the Juventus and Sampdoria legend at a memorial service in his hometown of Cremona, with Fabrizio Ravanelli and Ciro Ferrara among the Italian stars present at church mass

By Ryan Walker For Mailonline

A memorial service was held in Gianluca Vialli’s hometown of Cremona on Monday remembering the life of the the Italian football legend that recently passed away from pancreatic cancer.

The service held at the Parrocchia di Cristo Re church in the region of Lombardy was attended by former teammates and friends of Vialli.

His funeral will take place in London later this week which is where he spent many years living as he enjoyed working in roles with former club Chelsea and also the Italian national team.

Vialli’s long-term friend and ex-Juventus teammate Fabrizio Ravanelli was captured in attendance wearing an all-black suit at the church during the mass. 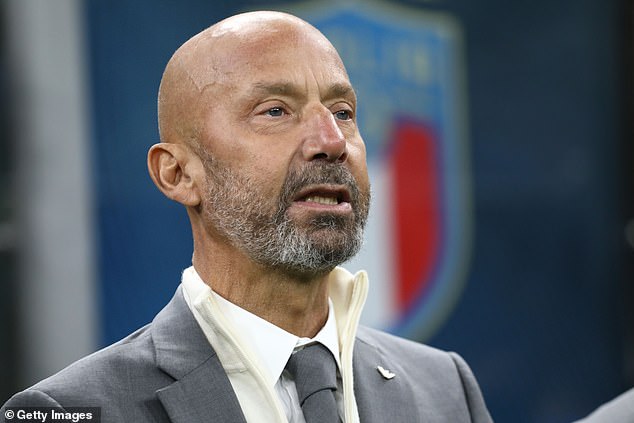 Vialli, pictured on Italy duty in September, died last week at the age of 58 with cancer 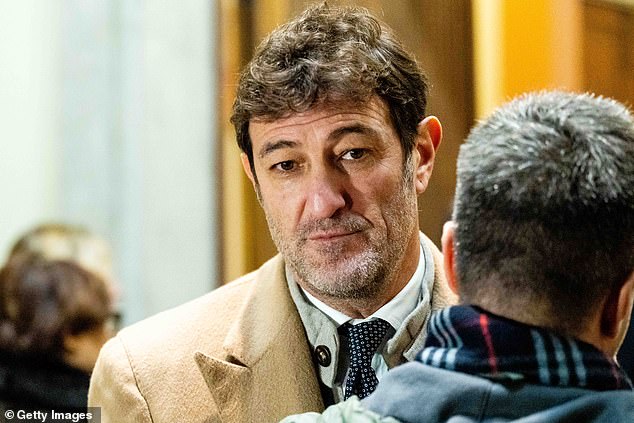 Ravanelli partnered Vialli in attack during successful years at Juventus and later moved to Dundee in 2003, with the latter instrumental in helping sort the move.

Others seen at the memorial were ex-Juventus manager Ciro Ferrara, and now retired Serie A legend Gianluca Pessotto.

Ex-Inter Milan star Ricardo Ferri sported a white shirt and overcoat as he joined hundreds in attendance at the remembrance event. 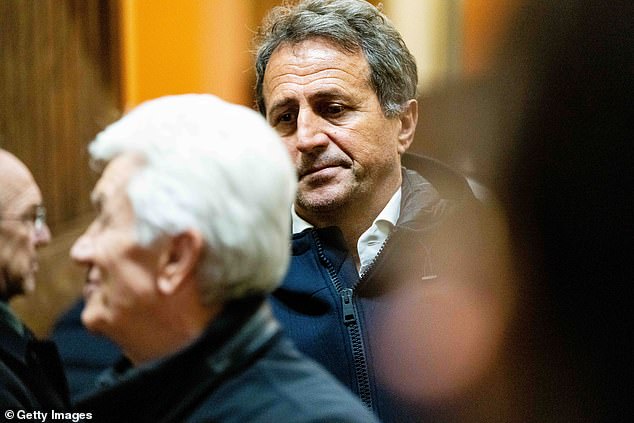 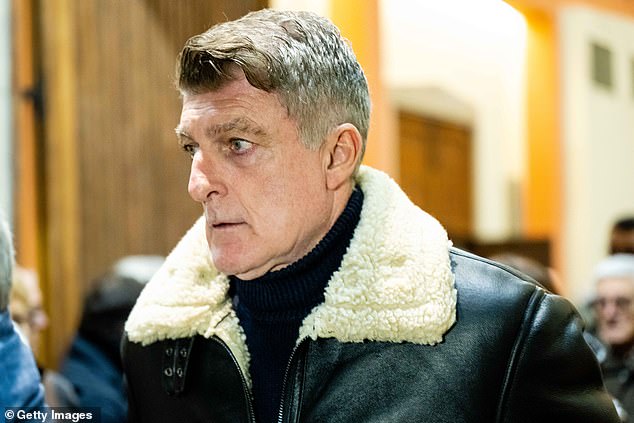 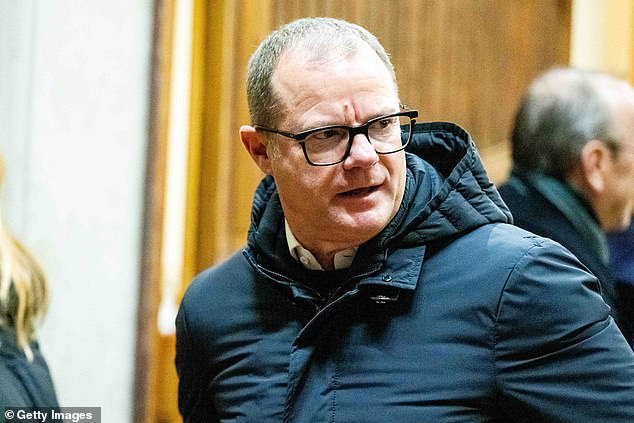 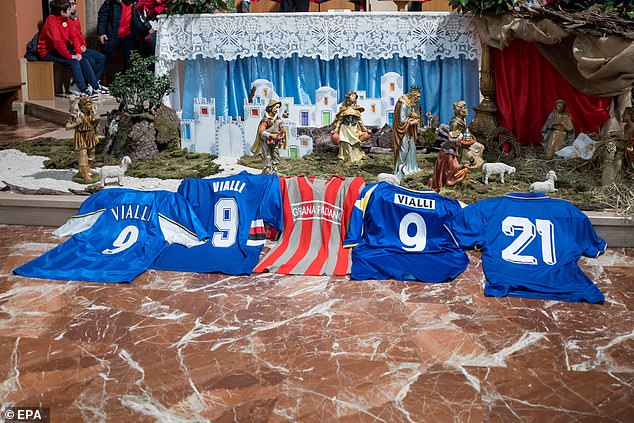 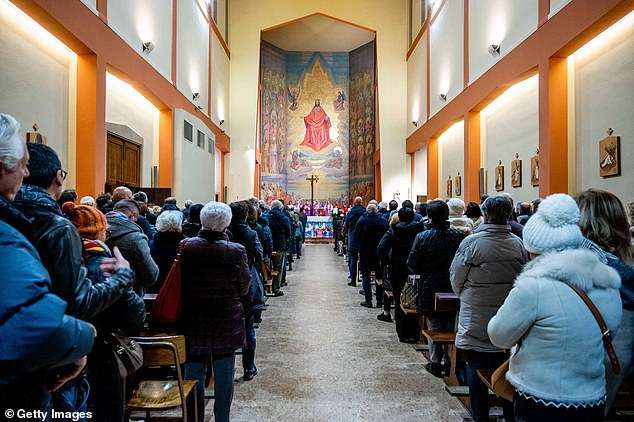 Vialli was diagnosed with cancer for the second time in 2021, having been given the all clear in April of that year following a 17 month battle against the disease.