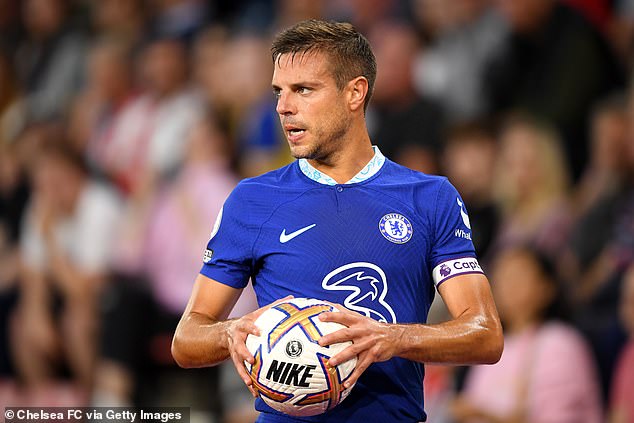 Too slow! Southampton’s mascot hilariously mocks Cesar Azpilicueta by rejecting the Chelsea defender’s handshake in the tunnel before their meeting at St Mary’s

Chelsea captain Cesar Azpilicueta was mocked by a Southampton mascot in the tunnel before the teams’ Premier League fixture this evening.

As the Spaniard prepared to lead his team out at St Mary’s, the youngster, about to walk out with Saints captain James Ward-Prowse, went for a handshake, to which Azpilicueta obliged.

However the mascot proceeded to remove his hand before Azpilicueta made contact, instead wiggling his hand from his nose, leaving the 33-year-old stunned and confused as to what had happened. 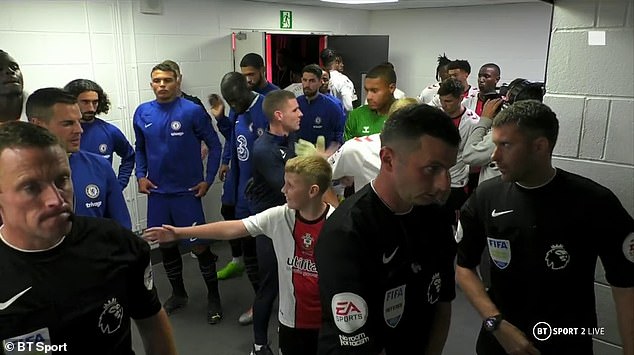 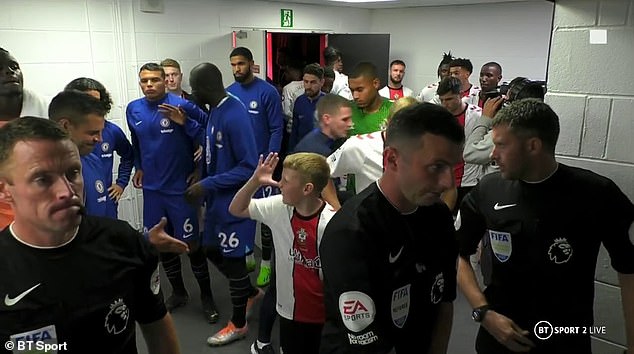 But as Azpilicueta offered his hand, the cheeky mascot pulled away and mocked him instead

The BT Sport cameras caught the act, with the clip receiving over 5,000 likes on Twitter.

It’s unclear if any other players saw, with both sides and the officials preparing in the tunnel before the match.

Azpilicueta may have been shown up off the pitch but on it his side dealt the first blow on it, opening the scoring through Raheem Sterling, who netted his third goal in two games.

Romeo Lavia however scored his first goal for Southampton with a neat effort from the edge of the area to square things up, before Adam Armstrong scored in first half stoppage time to win the game for the hosts. 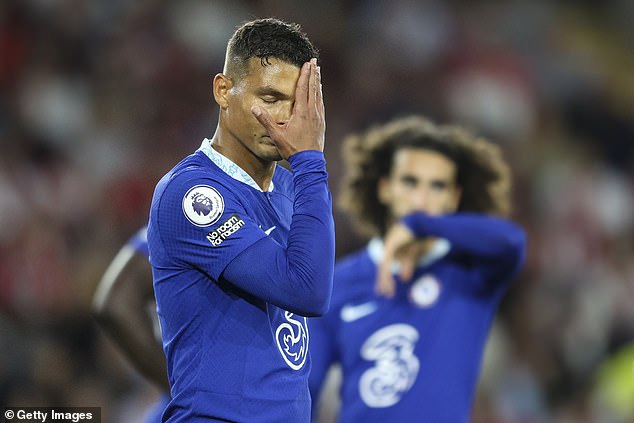