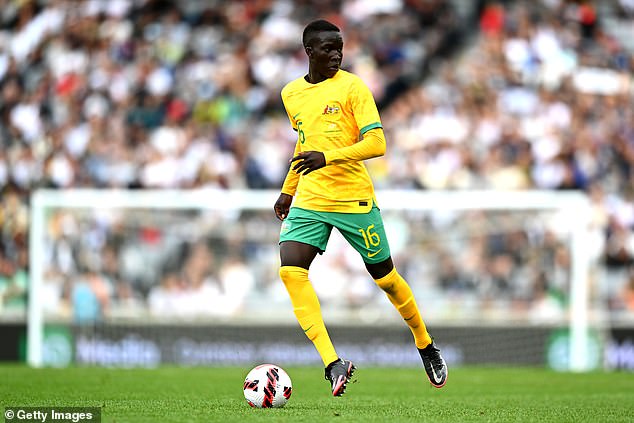 Socceroos coach Graham Arnold has declared rising star Garang Kuol ‘has a lot to learn’ and needs match fitness if he is to be named in his squad for the World Cup in Qatar.

Kuol, 18, who last month signed a multi-year deal with English Premier League side Newcastle United, is an emerging talent who Australian football fans would love to see feature against the likes of France, Tunisia and Denmark in November and December.

He will need to hit the ground running in the A-League to be in the selection mix, starting against Newcastle in the F3 derby this Saturday for the Central Coast Mariners.

‘He’s in contention. He was something different when he came on (in the recent friendly versus New Zealand) and that’s what we’re looking for,’ Arnold told Code Sports.

The Socceroos boss is well aware Kuol is a raw talent, but wants to see him excel on local shores, starting this weekend for the Mariners versus the Jets in the A-League

‘I’ve shown I’m prepared to take these kinds of risks, and that’s to shock and surprise opponents, but he’s got a long, long way to go.’

Kuol will move abroad as part of his lucrative deal in January.

Without a work permit in the UK, the Sudanese born star is expected to go on loan to Portugal to aid his development.

According to multiple media reports, his contract with Newcastle will make the teenager one of Australia’s highest-paid footballers.

The Mariners are tipped to receive a transfer fee of close to $500,000, as well as the promise of lucrative sell-on fees.

‘It’s unreal,’ Kuol said in a statement after putting pen to paper in England’s north-east.

See also  Jurgen Klopp insists Mohamed Salah has NOT been playing wider than normal... but what do stats say?

‘As a young boy in Australia, the Premier League is the main thing that everyone watches, but nobody actually thinks they’ll reach those heights. To be one of those people, to be in the position I am, it’s amazing. 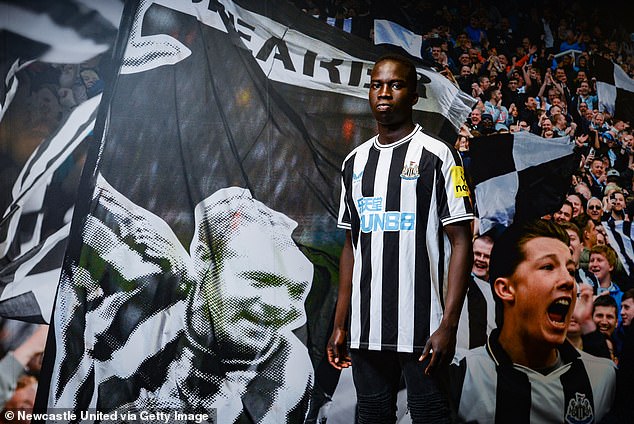 Kuol, 18, who last month signed a multi-year deal with English Premier League side Newcastle United, is an emerging talent who Australian football fans would love to see in Qatar

‘Now that I’ve signed for Newcastle, I want to train hard, play hard and hopefully go to the World Cup.’

Kuol made his senior debut for the Mariners last year and scored within seven minutes of his introduction.

He netted four goals in seven appearances in his first season in the A-League, attracting interest in Europe from the likes of Celtic, Barcelona and Borussia Dortmund.

Kuol, who can play on either wing or as a striker, has blossomed at the Mariners under the coaching of former Sheffield United midfielder Nick Montgomery.

Meanwhile, his older brother Kuol Mawien Kuol is wanted by police after skipping bail on July 22 in Victoria.

Kuol – who reportedly helped broker the deal of Garang to Newcastle United – had an arrest warrant issued after he skipped bail on charges of ripping off elderly Australians in a $121,000 bank scam.

Kuol Mawien Kuol is believed to be in hiding on the NSW central coast at beachside suburb Terrigal.