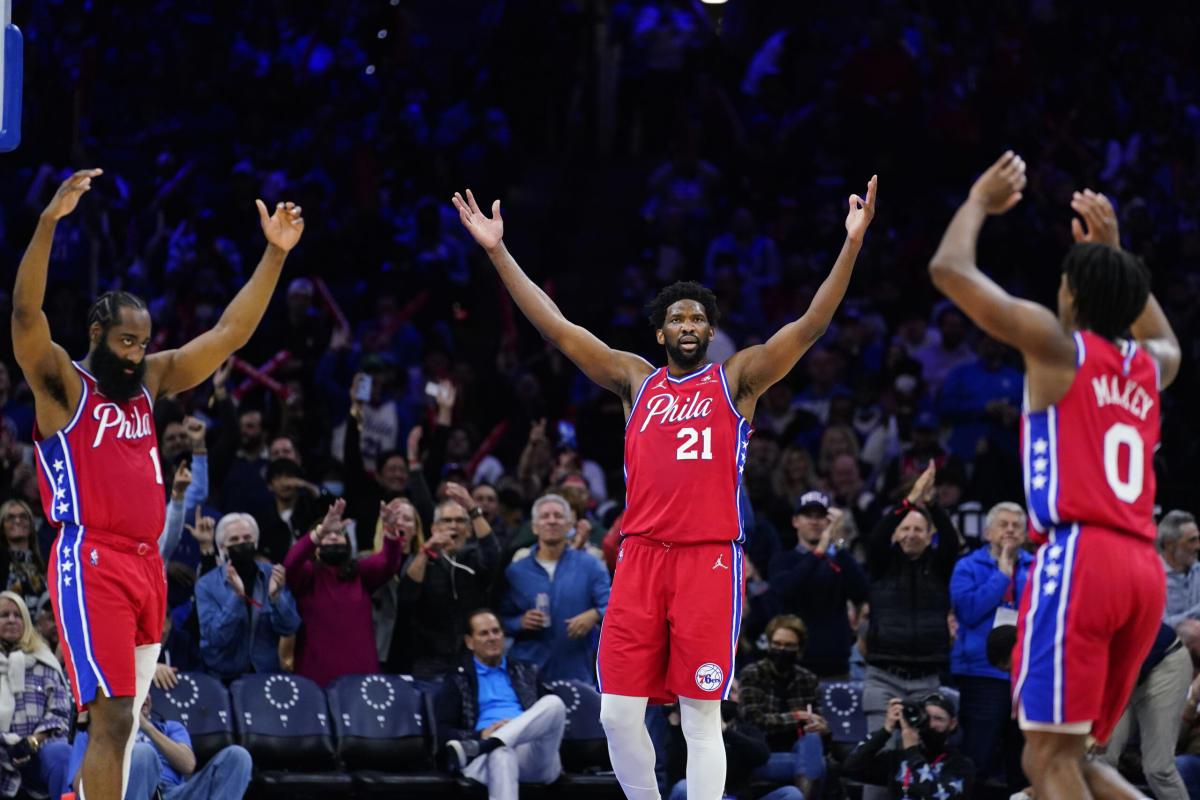 The Philadelphia 76ers have three of the more talented players in the league in the form of Joel Embiid, James Harden, and Tyrese Maxey. Those three players are going to be the engine that drives the Sixers on their title quest for the 2022-23 season.

With NBA2K23 now officially released, now is the time to take a look at some rankings from the video game, and based on their average rating, Philadelphia’s Big 3 is the best in the game.

Per HoopsHype’s assessment of the three players:

Somewhat of a surprise at No. 1, the best Big Three for the 2022-23 season belongs to the Philadelphia 76ers behind Joel Embiid, James Harden and rising young star Tyrese Maxey. Philadelphia heads into next season with sky-high expectations, and if Maxey continues to develop at the rate he has, there isn’t a reason the Sixers wouldn’t be able to fulfill them.

The three of them are just ahead of Giannis Antetokounmpo, Khris Middleton, and Jrue Holiday who lead the Milwaukee Bucks. Their average rating is 89.6 while the average rating for the Sixers Big 3 is set at 90.0.