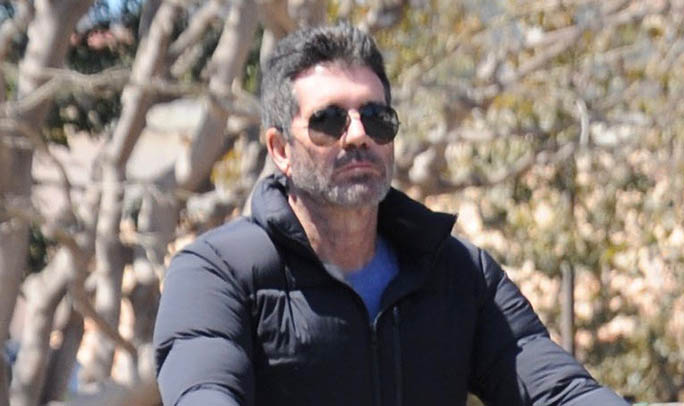 Simon Cowell was dressed in sleek sporty style — with an unusual wardrobe pairing considering the warm summer weather. The “America’s Got Talent” co-judge was spotted soaking up some sun while taking a bike ride in Los Angeles on Wednesday.

The television personality wore a black puffer coat, which he kept zipped up almost close to his neck. He teamed the staple outerwear with a simple blue T-shirt and white shorts. Cowell blocked out the sun with tinted aviator shades.

When it came down to footwear, the former “American Idol” judge completed his look with a pair of Nike sneakers. The shoe style had black and grey uppers, a high counter for extra support and a chunky outsole. For decades, Nike sneakers have been the “it” style for people of all genders and they continue to reign supreme.

Many celebrities have embraced the throwback trends and have been continuously wearing the sneakers from the early and late aughts. The brand is a personal favorite and go-to for many celebrities including Serena Williams, Naomi Osaka, Kate Hudson, Addison Rae, Jennifer Lopez, Hailey Bieber, Gabrielle Union and Lady Gaga.

PHOTOS: 50 Years of Nike Through TV, Film and Celebrities