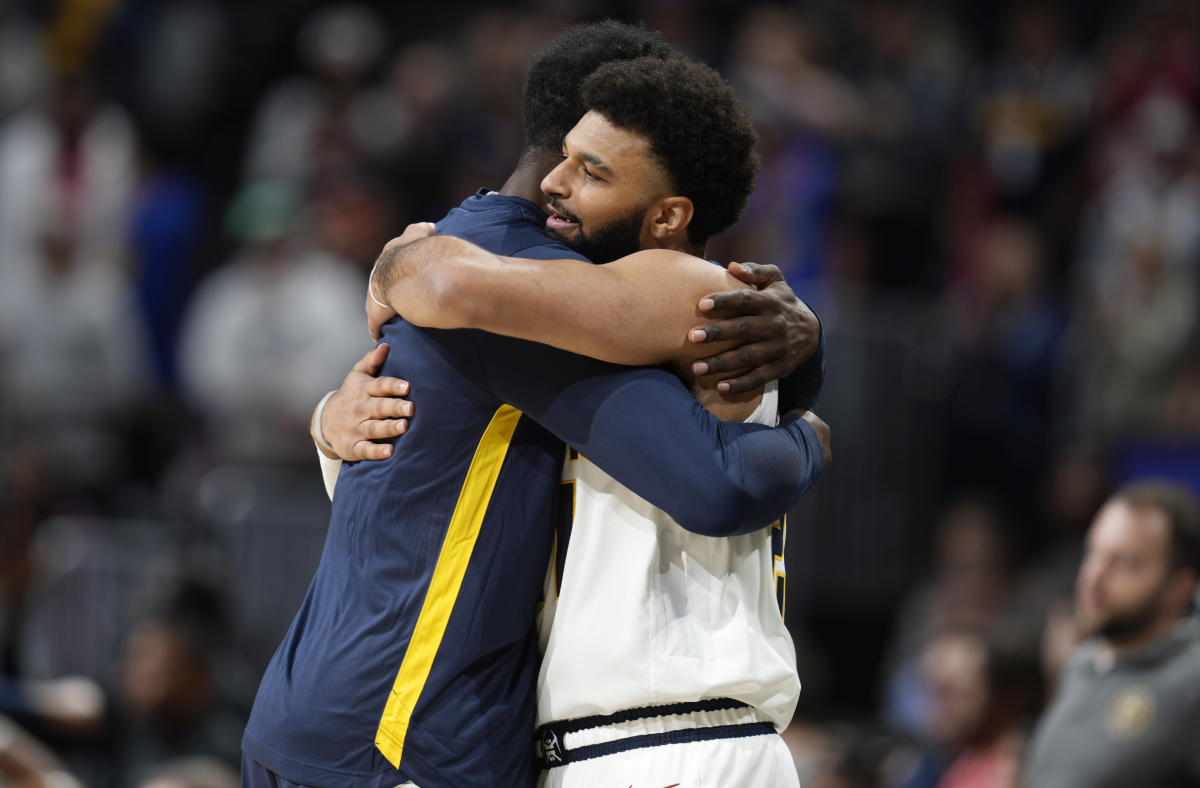 NEW YORK (AP) Ben Simmons streaked behind the defense and caught a pass in transition that he dunked. About a minute later, he fired a cross-court pass to a Brooklyn Nets teammate for a 3-pointer.

Those were the types of plays the Philadelphia 76ers had seen many times before.

On Monday, Simmons finally made them for another team.

Simmons played against his former club in his first NBA game since June 2021, making him among a number of big names who got back to basketball action.

Kawhi Leonard also returned for the Los Angeles Clippers, as did Jamal Murray for the Denver Nuggets, after they both sat out last season recovering from surgeries for ACL tears.

That’s no doubt how their teams felt after expecting to be title contenders last season but instead having those hopes wrecked by injuries. Paul George also missed significant time for the Clippers, and Michael Porter Jr. was out for all but nine games for the Nuggets.

They all were set to play in Seattle, with Damian Lillard returning for Portland after missing the final 47 games last season, when the Clippers and Trail Blazers met in a preseason game.

Simmons hoped he was close to playing last February after getting traded to the Nets in a deal headlined by James Harden. Simmons had cited mental health reasons in seeking a trade from the 76ers following a disappointing postseason when he took a bulk of the criticism after the No. 1 seed in the Eastern Conference was ousted by Atlanta in the second round.

But a herniated disk kept him from making a late-season debut and forced him to get offseason surgery.

Fully cleared now, Simmons was in the starting lineup and finished with six points, five assists and four rebounds in 19 minutes. He went weakly out of Philadelphia, with the last memory of the 2016 No. 1 pick’s time there passing up a layup down the stretch of the Game 7 loss to the Hawks. But he looked confident pushing the ball in transition or playmaking from the post – though did miss his only two free throws.

”I’m grateful just to be able to step on that floor, step on an NBA floor again,” Simmons said. ”So I had a lot of fun out there.”

Leonard last played just a few days before Simmons, in the 2021 Western Conference semifinals. Murray’s absence was even longer, having torn his ACL in April 2021 and leaving him unable to try to duplicate the brilliant postseason he had while leading the Nuggets to the 2020 West finals at Walt Disney World.

”Those long-term injuries are tough, dark,” Oklahoma City coach Mark Daigneault said. ”These guys do not have long windows to play basketball, they cannot play until they are 50. It’s tough and takes a lot of commitment and work. The progress, especially early on, is almost invisible. You are non-weight bearing for a large amount of time with those types of injuries. Certainly happy for him and wish him well, in terms of staying healthy. He’s a really good player and their team will benefit from having him back.”