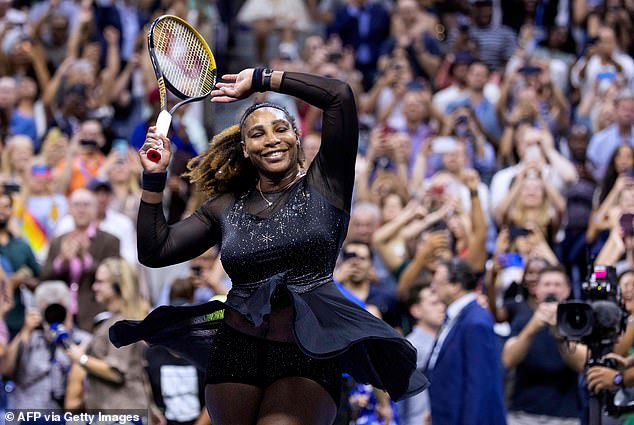 Serena Williams summoned up the fortitude of old to stay alive at the US Open and thrill a frenzied Arthur Ashe Stadium.

Unlocking a level of play from vaults of history, the 40 year-old American knocked out number two seed Anett Kontaveit, roared on by everyone packing out the sport’s biggest arena.

Tiger Woods was among those who came to pay homage, and all were rewarded with a pulsating 7-6 2-6 6-2 that took two hours and 27 minutes.

Poor Kontaveit did not know where to look by the end, and next up for the treatment will be Australia’s Alja Tomljanovic, her third round opponent.

Williams’s serve underpinned her in the first and third sets, but it was also striking how well she covered the court, fired up throughout by raucous support. Something big may be stirring.

‘I’m loving this crowd, it’s fantastic, there’s still a little left in me,’ she said. ‘I love a challenge and rising to the challenge. The last two matches it has really come together. After I lost the second set I thought I had to give my best effort. 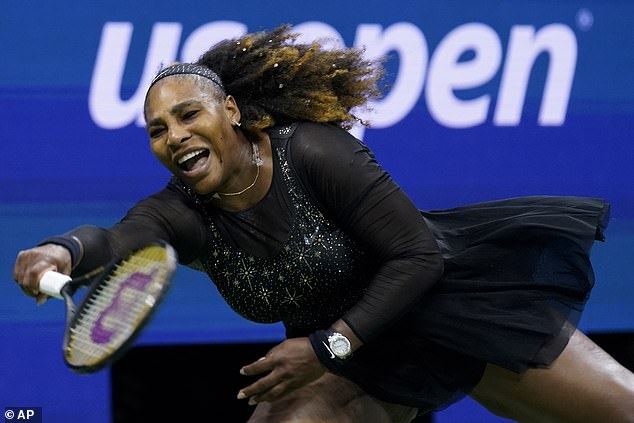 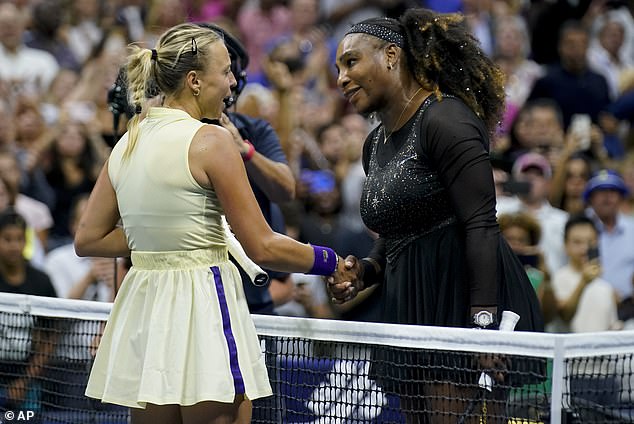 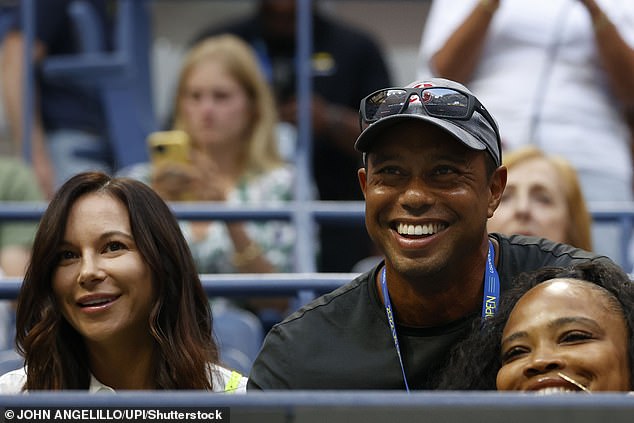 ‘I’m super competitive, I’m just looking at it as a bonus. I have absolutely nothing to lose. I have an X on my back since 1999.’

Through no fault of her own Kontaveit might be the most anonymous world No. 2 in history, with her ranking built on solid year-round showings rather than spectaculars at Grand Slams.

In a highly questionable move, Williams’s opponent was sent out onto court first again, only to have to sit there and wait for the American’s delayed arrival to while TV played a montage.

The Estonian was certainly a higher calibre opponent than the previous candidate to finish Williams’s singles career, Danka Kovinic. 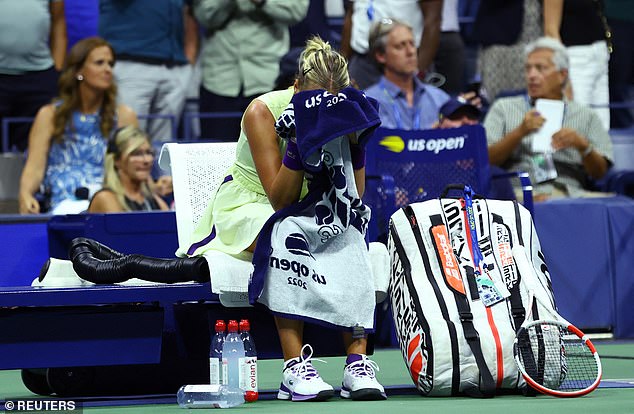 Poor World No. 2 Kontaveit of Estonia did not know where to look by the end 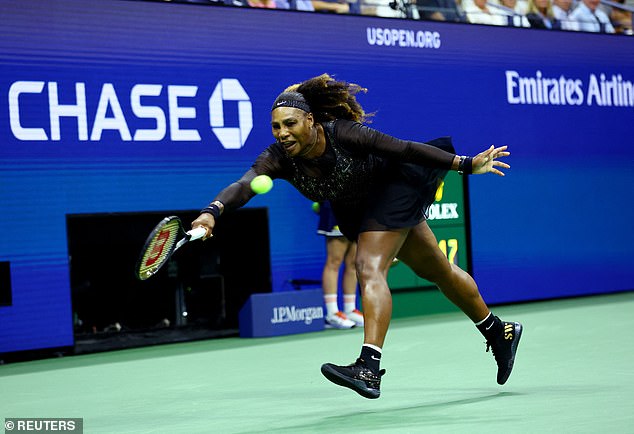 It was also striking how well she covered the court, fired up throughout by raucous support

Equipped with a strong serve and baseline strokes that have acquired greater velocity in recent seasons, she always possessed the firepower to test out the 40 year-old’s movement.

That has looked sharper here due to an accumulation of practice sets played by Williams, and it helped her create two break points in Kontaveit’s opening service game.

See also  'Going To Look Like An Idiot': Nick Kyrgios Opens Up On 'bone-headed' Shot Against Daniil Medvedev

Saving them settled someone who might have felt like the underdog, despite being ranked 603 places higher than the opposition.

After the seventh game Williams, whose first serve was landing in 83 percent of the time, had created five break points but not been able to take any of them. 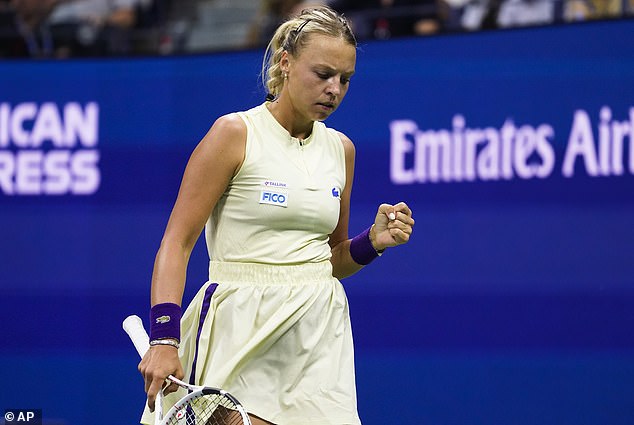 The Estonian was certainly a higher calibre opponent than previous candidate, Danka Kovinic

But the pressure told, and at 4-4 Kontaveit sent a backhand long on a sixth to put Williams ahead, only for her to play the weakest game of the match and get broken.

Kontaveit winners were met with stony silence, but when she messed up a dropshot at 3-4 in the tiebreak there was delighted pandemonium. Williams closed it out from there, 7-4.

Then came a turnaround which saw the American’s serve lose some of its potency and the Estonian land far more returns back in the court. Once she had broken twice it looked like Williams had decided on regrouping for a decider.

She left the court and came back revived to seize a 2-0 lead and then reach 40-0 before a double fault contributed to her being pulled back and being broken. 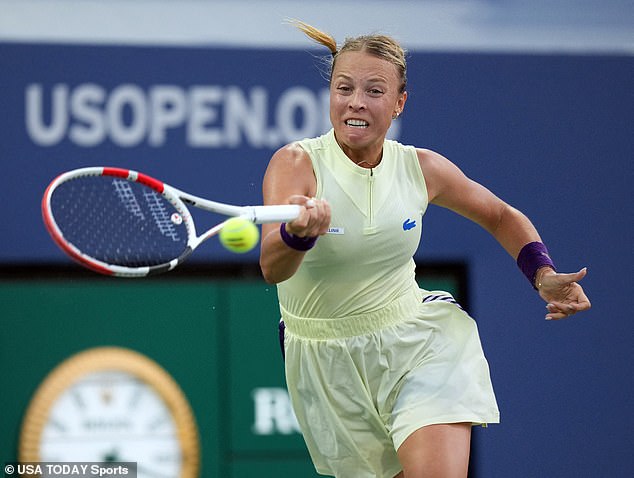 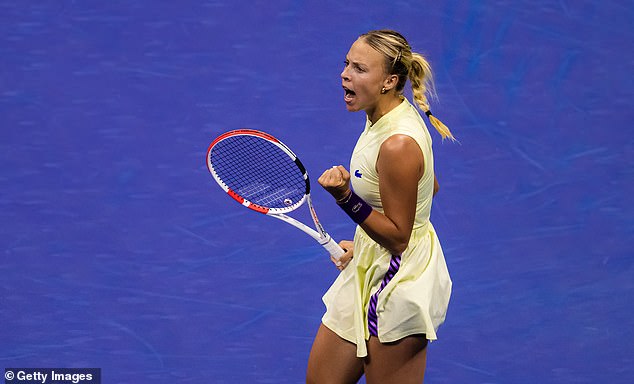 The crowd was stunned, but did not have to wait long before roused again as, in another twist, Williams broke again against an unnerved Kontaveit, who seemed to be feeling the enormous tide against her.

At 4-2 she came under threat but displayed remarkable defensive skills to fend off a break point and then move to within a game of victory after a swinging volley that met with a cacophonous reaction.

The match was closed out with a minimum of drama, and the next episode will be Thursday’s doubles.

Relive all the action from the US Open clash between Serena Williams and Anett Kontaveit with Sportsmail’s live blog from ISABEL BALDWIN.