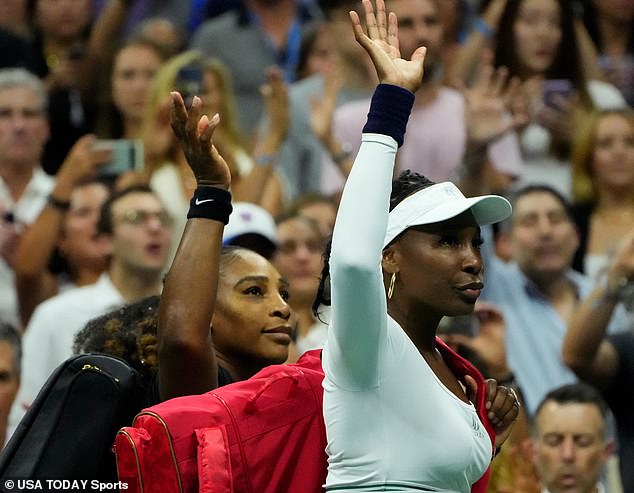 Fans flooded to social media to pay tribute to Serena and Venus Williams following their doubles first-round defeat at the US Open.

The sisters decided to give it one last whirl four years after their last slam appearance together and six years on from the most recent of their 14 titles.

But they could not quite muster the greatness of the past as they fell to Czech pair Lucie Hradecka and Linda Noskova 7-6 (5) 6-4. 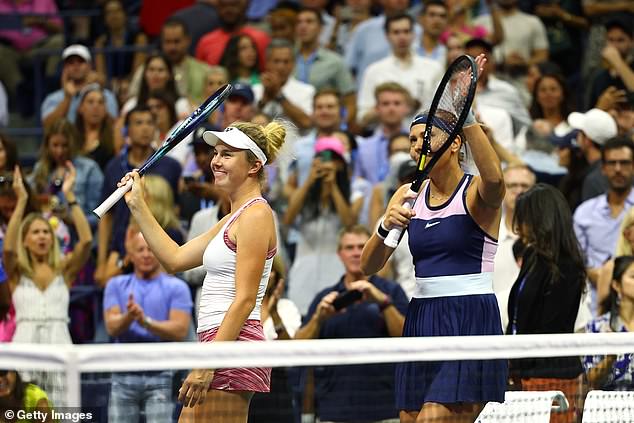 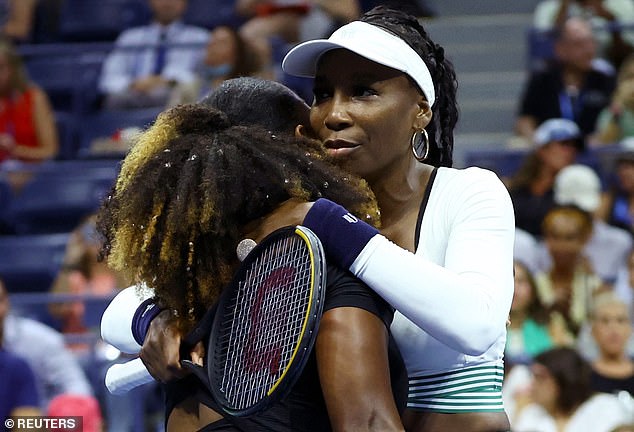 After Serena announced she is ‘evolving away’ from tennis last month, many expected Flushing Meadows could be her last ever tournament and it is likely Thursday night was the last time the sisters held court together.

Following their defeat, fans took to social media to express their sadness at the ‘end of an era’.

One claimed the duo had been game changers throughout their careers as they posted: ‘End of an era for sports if this is Serena and Venus’s last US Open. They changed the game and revolutionized sports.’

Another wrote: ‘Sad to see this may have been the last time we see Serena and Venus play doubles together.’

Some supporters claimed they had grown up watching the star-power sister pairing and insisted the sport would not be the same without them.

‘I was just a toddler when they first started,’ one person shared. ‘I’m now almost 30. Unbelievable and iconic team and individuals. Thank you for everything.’

Another posed: ‘It’s really the end of an era seeing Venus and Serena play their final match together… I grew up watching them play as a kid. I can’t even picture tennis without them!’

One person insisted the stars had provided a good show and claimed no other pairing will be able to take their doubles record from them.

They said: ‘Venus and Serena did good. Their last doubles. Considering they haven’t played together in 4 years they did that. And like they said no one will beat their doubles record.’

One fan saw the silver lining in the defeat as they highlighted that Serena will now put all her focus on her singles campaign.

While another chose to find the silver lining, insisting Serena can now focus on the singles

They said: ‘Might be blessing in disguise for Serena that her and Venus lost in doubles. She can just fully prepare for singles.’

Serena knocked out world No. 2 Anett Konatveit in the second round on Wednesday to set up a third-round match against Australia’s Ajla Tomljanovic on Friday.

Meanwhile, Venus had already made a quiet exit after losing her singles opening-round to World No. 49 Alison Van Uytvanck.