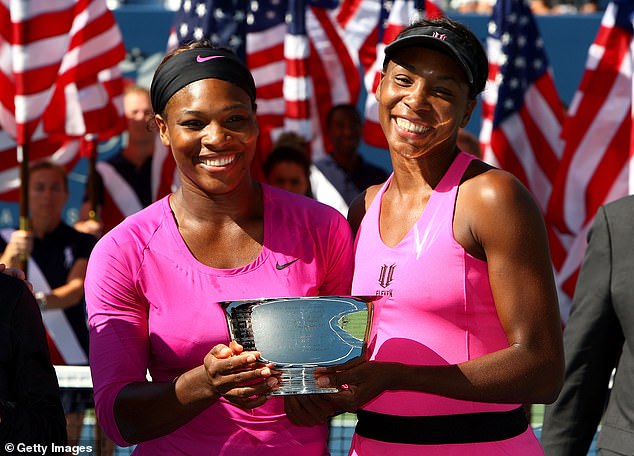 By Reuters and Jake Fenner For Dailymail.Com

Venus and Serena Williams will kick off Thursday’s evening schedule in Arthur Ashe Stadium as they join forces in the US Open doubles draw for the first time since 2014.

It marks the first time a first-round doubles match has featured at the marquee venue of the year’s final major and the pair will play Czech duo Lucie Hradecka and Linda Noskova in prime time.

Older sister Venus should arrive well-rested after making a quiet exit from the singles draw on Tuesday but Serena may be more weary after a second-round match on Wednesday in what could be her final tournament. 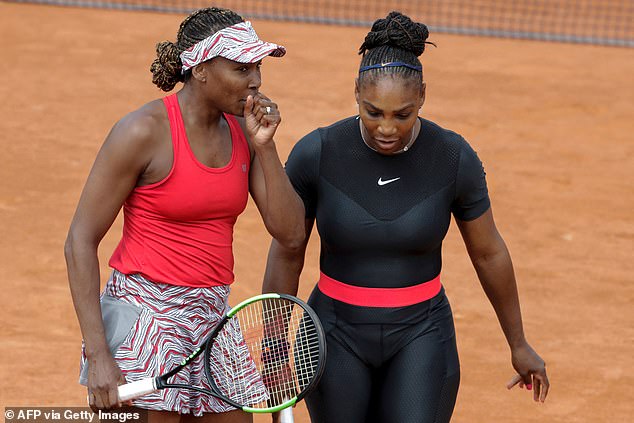 Serena faces a potentially tough stretch of days ahead, with a third round match against Australian Alja Tomljanovic on Friday night – meaning the further she progresses in either event, the more consecutive days she will be playing.

Venus and Serena haven’t played together in Grand Slam doubles events since the 2018 French Open. They haven’t played doubles in Flushing Meadows since 2014.

When the sisters have made the finals of Grand Slam doubles, they have been perfect – going 16 for 16 in the final round including two wins in Queens in 1999 and 2009. 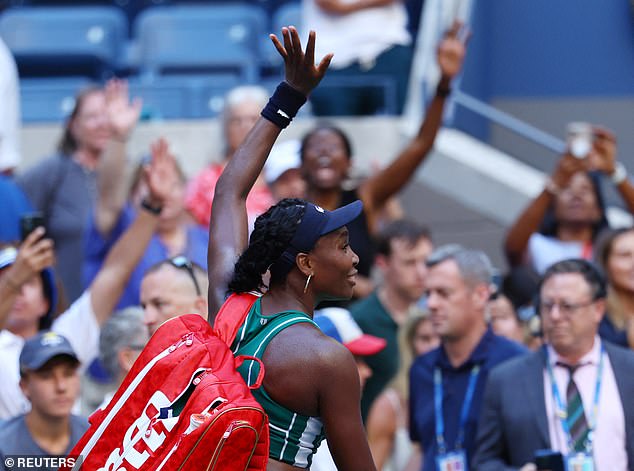 While Serena has singles play to contend with, Venus lost Tuesday’s first-round match

Additionally, the sisters have won three Olympic gold medals in doubles at the games of 2000 in Sydney, 2008 in Beijing, and 2012 in London.

Kyrgios, who beat his ‘Special K’ counterpart in the singles opening round, will be hoping he and Kokkinakis can collect another Grand Slam crown after winning the Australian Open title this year.