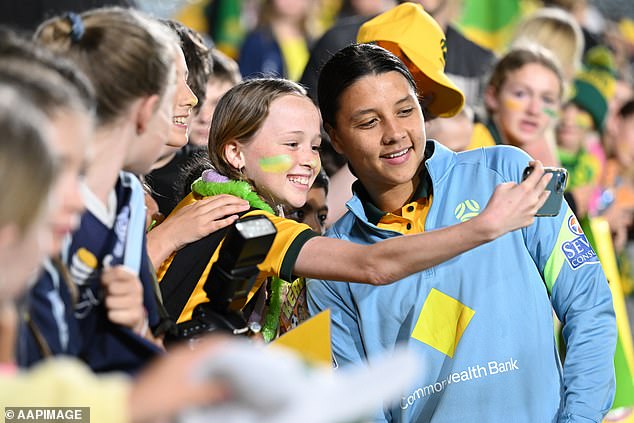 Aussie football ace Sam Kerr has once again been recognised for her continuing excellence, nominated on the shortlist as the Best FIFA’s Women’s Player of the year.

The Chelsea and Matildas striker heads a list of 14 star names with the sport’s governing body also revealing the Best FIFA Men’s Player list on Thursday which has Lionel Messi as its outstanding favourite and Cristiano Ronaldo not included for the first time.

Kerr has been recognised after another stellar season for club and country, winning the FA Cup and Women’s Super League double with Chelsea while also taking the Golden Boot as the leading scorer in England for a second straight season.

The 2022 Players’ Player of the Year was also Australia’s top scorer in the AFC Women’s Asian Cup but she has formidable opposition in the quest for the big prize after finishing second in the same awards last year behind Alexia Putellas.

Kerr has also finished third in voting behind winner Putellas for the other major global award, the Ballon d’Or Feminin, over the last two years.

Barcelona star Putellas is again on the list despite missing much of last year with injury. 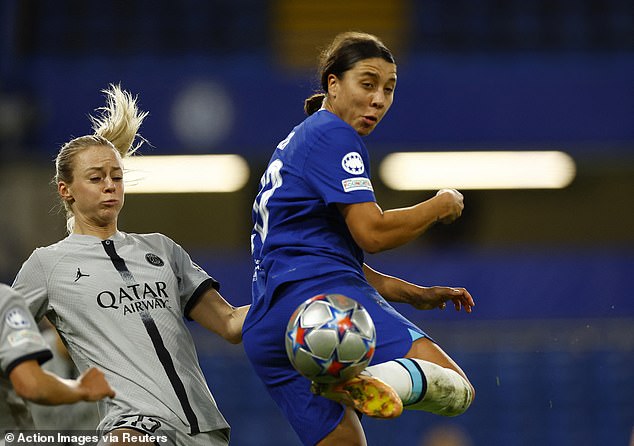 Sam Kerr competes for the ball for Chelsea in the Women’s Champions League against Paris St Germain at Stamford Bridge, London 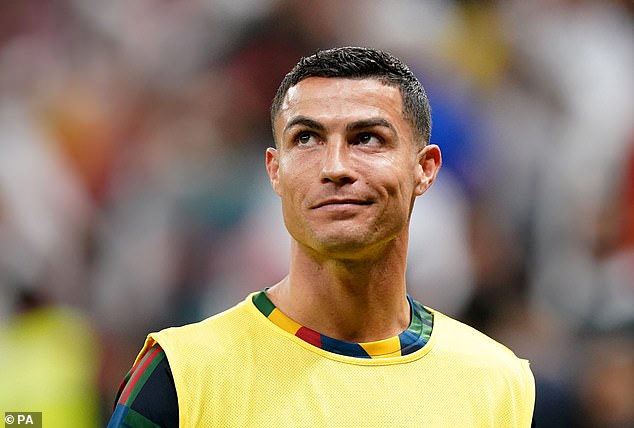 But it felt like an era was over as Ronaldo’s name was conspicuous by its absence.

The Portuguese, released by Manchester United and benched by Portugal during the World Cup, won the FIFA award for the first two years back in 2016 and 2017 and was on the podium the following three years.

This time, though, while Messi looked sure to be rewarded for orchestrating Argentina’s World Cup triumph, Ronaldo was not even selected as a contender by a FIFA-appointed panel.

The other Australian nominated in the ‘FIFA Best’ lists is Alou Kuol, elder brother of Newcastle wunderkind Garang, who’s in line for the ‘Puskas Award’ for best goal of the calendar year.

The 21-year-old scored a stunning ‘scorpion kick’ effort for the Australia’s Under 23 side against Iran’s U23s and will have his effort judged against 10 other belters, including Mbappe’s dazzling second in the World Cup final.