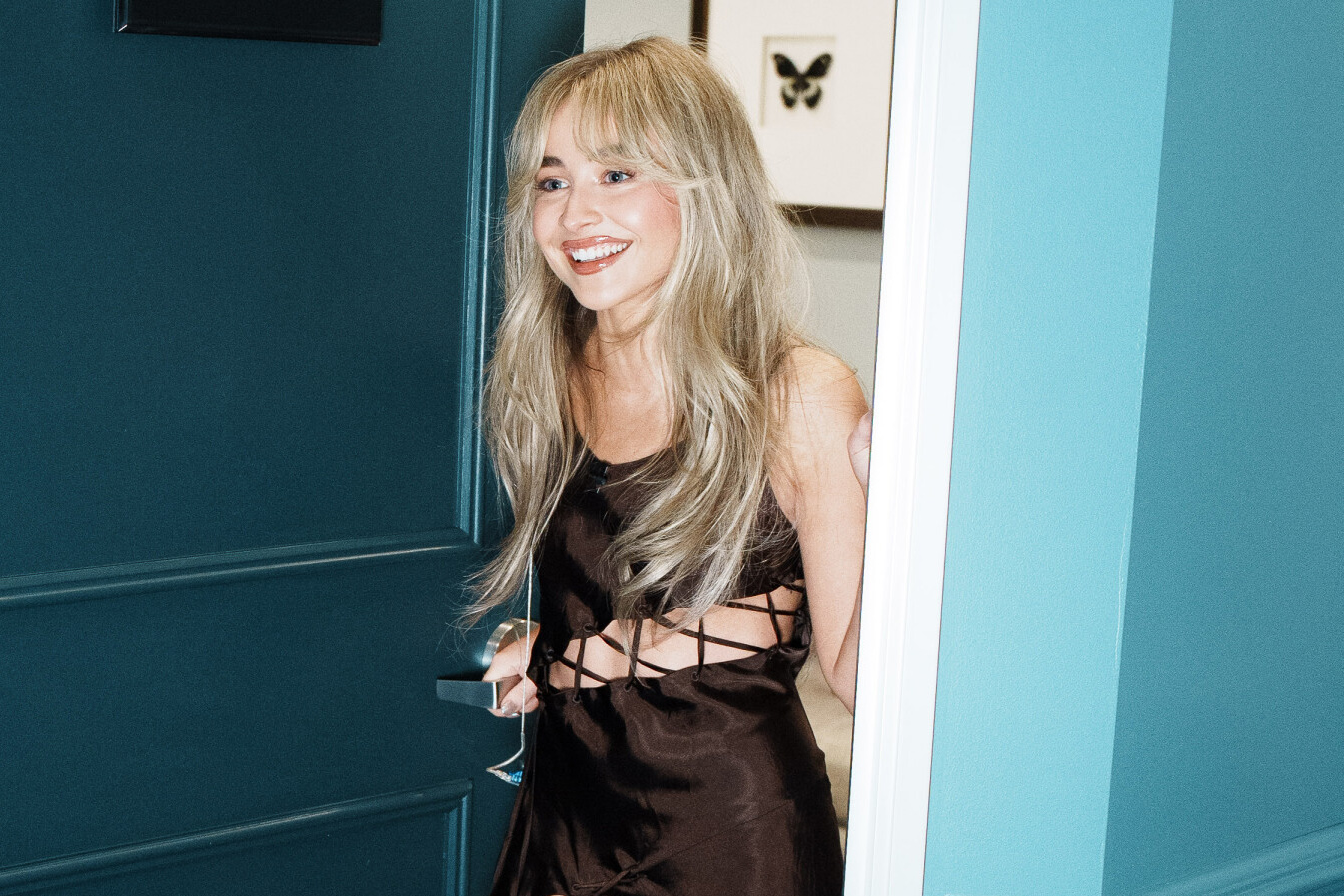 “The Late Late Show with James Corden” welcomed guest Sabrina Carpenter in what started as a case of mistaken identity.

Top chef Guy Fieri appeared as a guest on the show to promote his new television show, “Guy’s Ultimate Game Night.” Fieri was in a skit with James Corden, who copied the chef’s exact look, before Fieri asked him to change. Corden then introduces Sabrina Carpenter in the same outfit as Fieri, which included a black leather jacket, black skinny jeans, and a gray T-shirt.

She also wore Fieri’s Gatorz style sunglasses on top of a spiky blonde wig attempting to mimic Fieri’s signature hairstyle. To top it all off, she even put on a fake goatee.

Even down to the accessories, she wore several layered chains, completing the mock Fieri look. The most noticeable difference between the two stars was Carpenter wore white Prada sneakers, while Fieri wore black lace-up boots.

Carpenter would later take to the stage in a brown dress, with several cut-out portions connected by a net style lacing. She paired this dress with ankle-high brown suede boots. She was styled by celebrity stylist Jason Bolden, who counts Carpenter among his regular list of A-list clients, which include Taraji P. Henson, Yara Shahidi, and Alicia Keys.

For beauty, she went for a television-ready look with a peachy bright blush, a pop of mascara and subtle eyeshadow, and a glossy rose-colored lip. She opted for a middle part on her hair that had a wild and wavy look, before hitting “The Late Late Show with James Corden” stage for a musical performance.

The singer was on the show to promote her new single “Because I Liked a Boy” from her recent album “Emails I Can’t Send.” The song is the lead track off the album, which dropped on July 15. This is Carpenter’s fifth studio album. Carpenter also recently appeared at the 2022 MTV Video Music Awards in a bold cutout dress from Moschino.