‘It’s almost like he’s got a shield around him’: Rio Ferdinand claims Erling Haaland has brought a ‘fear’ factor to the Premier League following his blistering start at Man City… and admits he’s ‘baffled’ that no one has tried to ‘ruffle his feathers’

By Sam Brookes For Mailonline

Rio Ferdinand thinks Manchester City striker Erling Haaland has brought a ‘fear’ factor that has never been seen before in the Premier League.

Haaland scored his third hat-trick of the season in the Manchester derby on Sunday, and has now netted 14 goals in just eight league games since arriving at the Etihad Stadium in July.

The 22-year-old already looks to be running away with the Golden Boot, but Ferdinand has admitted that he has been taken aback by how opponents have tried to play against him, and has questioned why defenders have not tried to be more physical with the forward. 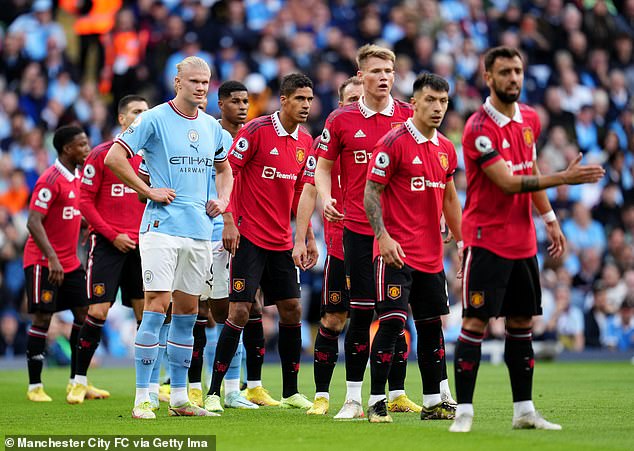 He produced a stunning performance against Manchester United on Sunday afternoon

‘One thing that I haven’t seen any defender do yet is try and ruffle his feathers, and try and take him out of his rhythm,’ Ferdinand said on the FIVE podcast on his YouTube channel.

‘I’ve seen him making runs from the halfway line untouched. Surely you’ve got to stand in his path, in his way, shoulder him, push him a little bit. I don’t see no one doing it. I’m baffled.

‘And when the ball’s in the box, no one touches him. I don’t think people are understanding that sometimes you do need to have body contact in the area or in the dangerous zones to put him off.’

Haaland scored his first goal against Manchester United by easing away from Christian Eriksen at a corner and then jumping highest to guide his header over the line.

He then followed that up with two clinical finishes from close range, having been left unmarked on both occasions. 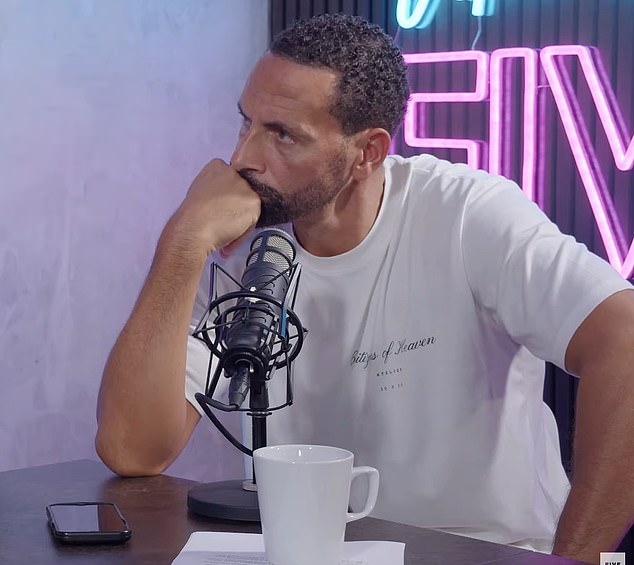 Ferdinand has conceded that winning every ball against the Norwegian isn’t possible, but he is dismayed that defenders appear to be scared of even putting Haaland under pressure.

‘It’s not necessarily about: “I’m going to intercept every ball”. Sometimes you’ve got to get against people,’ Ferdinand explained.

‘Just the little things, it’s like games you’ve got to play with them. But it’s almost like he’s got a shield around him at the moment. You can’t go near him, can’t touch him, he’s too dangerous, we’ll leave him.

Haaland has also thrived in the Champions League, scoring three times in two games this season, and he will get the chance to add to his tally on Wednesday against Copenhagen, before City return to league action when they host Southampton three days later.