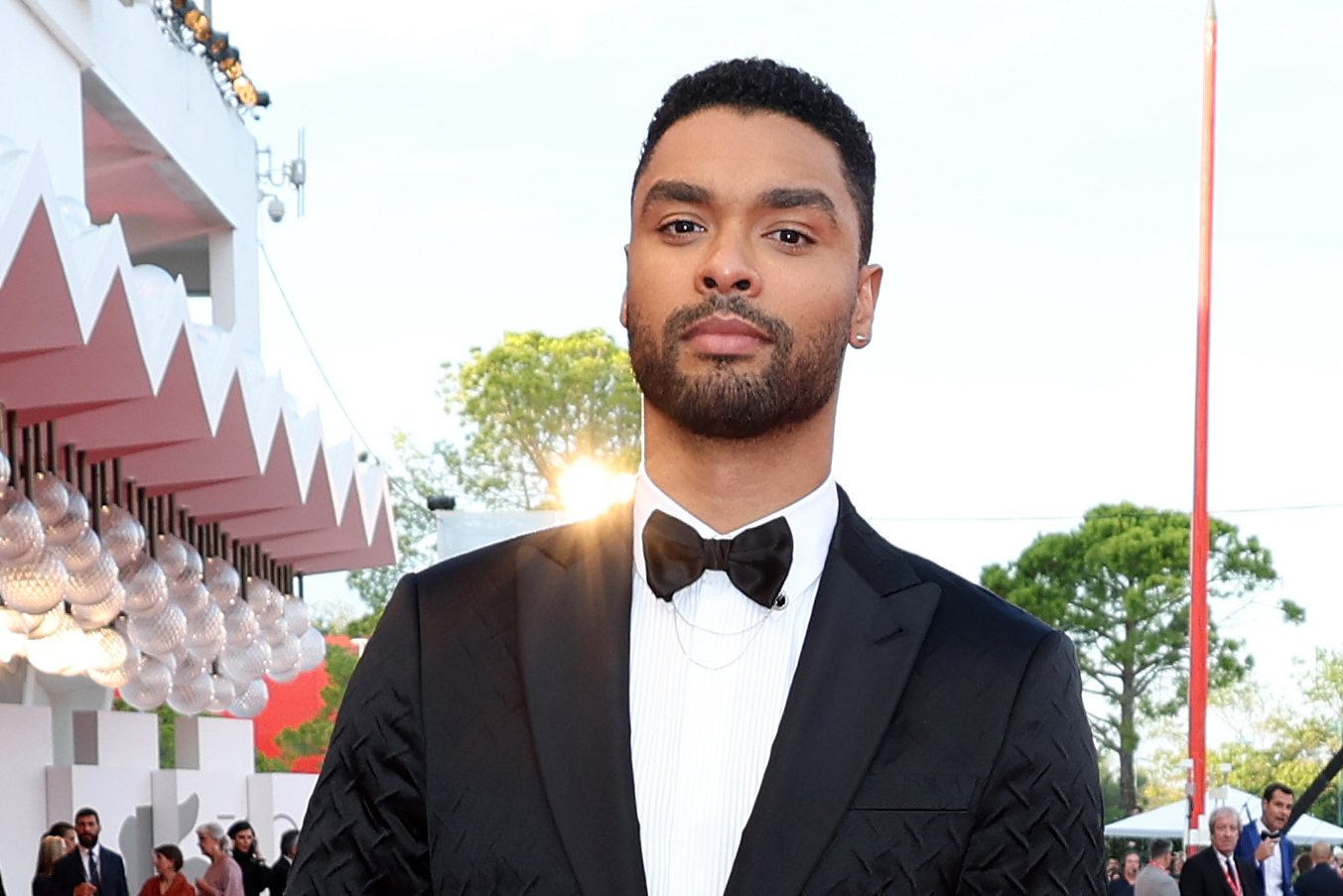 Regé-Jean Page is having a classic fashion moment while attending the first day of the Venice Film Festival.

The actor attended the first day of the Venice Film Festival in a black Armani tuxedo with an industrial steel print on the satin blazer and classic black pants. Page went with a white button down dress shirt, and paired it with a solid black bow tie.

He slipped into glossy, patent leather shoes to match the suit. Page accessorized with a gold watch featuring a black strap to complete the look.

Many other stars are in attendance including Jodie Turner-Smith, Alessandra Ambrosio, Don Cheadle, and Julianne Moore who is the jury president of this year’s festivities.

Page has been heavily involved in the fashion industry. The actor has just become one of the newest brand ambassadors for watchmaking company Longines. On 2 August. Page took to Instagram to show his followers the new HydroQuest piece. Longlines also works with other notable stars like actress Kate Winslet and Olympic bronze medalist Alice Kinsella.

Page took some time from press coverage of his latest film ‘The Gray Man’ to attend the festival. The actor plays Carmichael in the Netflix original movie. He is joined by Chris Evans and Ryan Reynolds in the action thriller film. Page’s next project coming out is ‘Dungeons and Dragons: Honor Among Thieves’ which is set to release on March 3, 2023. This adventure film will also star Chris Pine.

The 79th Venice International Film Festival is organized by La Biennale di Venezia and directed by Alberto Barbera. The main goal of the festival is to raise awareness and promote international cinema in all forms in the spirit of freedom and dialogue. The festival will take place at the Venice Lido from 31 August and run all the way until 10 September.