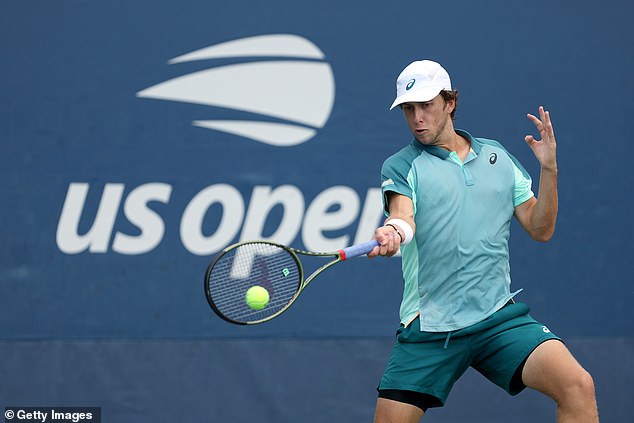 By Jake Nisse For Dailymail.Com

Brandon Holt’s shock US Open journey is over, as the qualifier heartbreakingly lost to Pedro Cachin in five sets Wednesday after winning the first two. 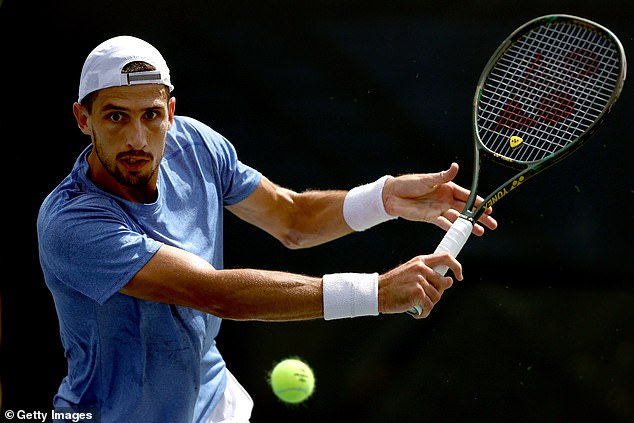 The Argentine dropped to the ground as Holt lost the match by double fault.

And the 24-year-old could be seen celebrating after the match with his mother, two-time Open champ Tracy Austin. 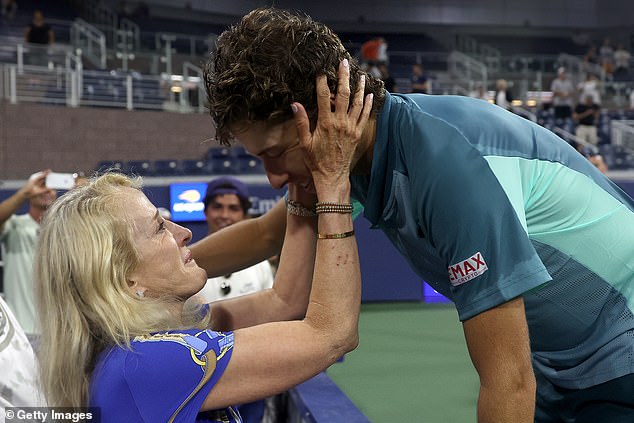 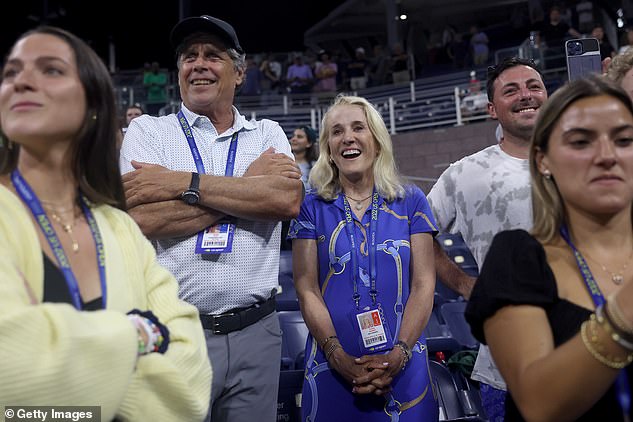 Austin won the tournament herself in 1979 and 1981, her only singles Grand Slam crowns

He’s poised to climb even higher after winning his first match in a Grand Slam.