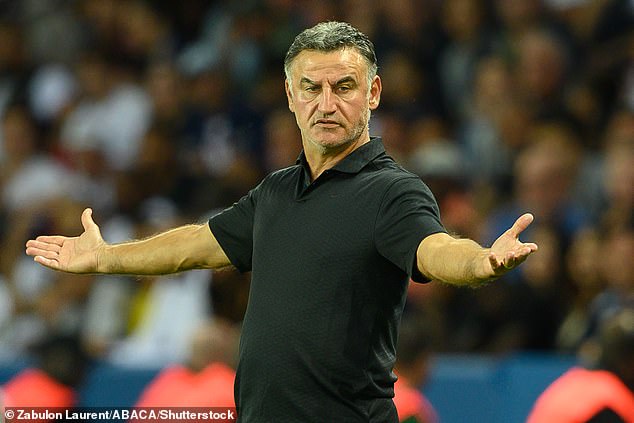 By Sam Brookes For Mailonline

PSG manager Christophe Galtier has admitted that he could like the club to bring in another defender before the transfer window closes.

The Ligue 1 champions beat Toulouse 3-0 on Wednesday to move top of the table, having scored 21 goals and conceded just four times in their opening five matches.

However, Galtier has hinted that he is not completely content with the club’s transfer window, and would like to make a further addition to his squad before Thursday’s deadline.

‘It would be better to have one (a new defender). It would be preferable,’ Galtier told reporters after Wednesday’s win.

‘We always wanted it. We will see what will happen during the deadline day. But we need it to [get through our schedule].’

Galtier’s concerns about upcoming fixture congestion is understandable, with his side set to begin their Champions League campaign next week.

Starting with Saturday’s trip to Nantes, PSG are due to play three times a week through until November’s World Cup, with the exception being a two-week international break in late September.

Galtier’s first summer in the PSG dugout has been a busy one with regards to transfers as the club have signed midfield trio Vitinha, Renato Sanches and Fabian Ruiz, plus exciting young forward Hugo Ekitike. 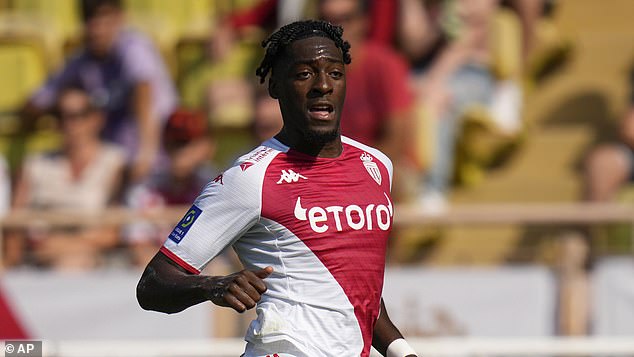 Getting a central defender through the door has become an issue, though.

The team’s primary target is Inter Milan centre back Milan Skriniar, and his contract at his current club is due to expire next summer.

Meanwhile, Monaco’s Axel Disasi has emerged as another potential option.

They have failed to agree deals for either player at this stage, and time is running out for them to strengthen their back line prior to the window shutting.