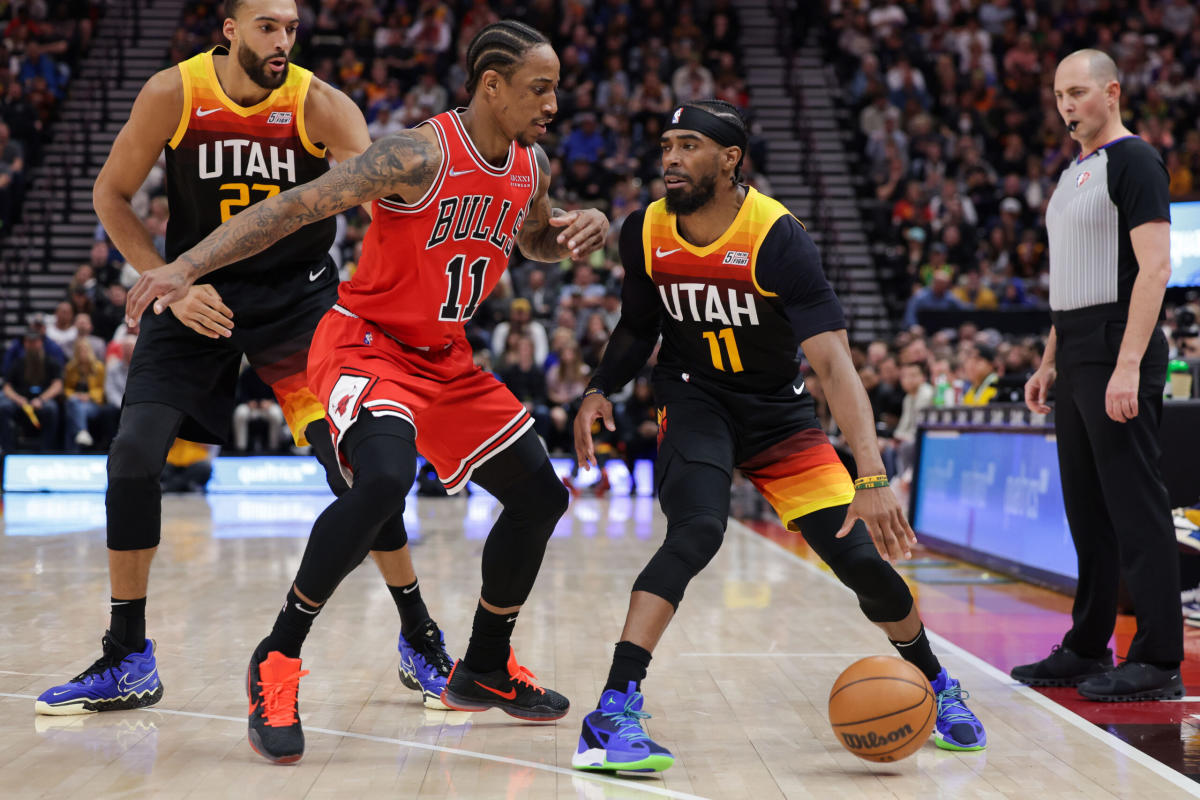 Training camp is just a few weeks away for the NBA as the regular season kicks off on Oct. 18.

For the Chicago Bulls, they enter the 2022-23 season with the majority of their core back from last season, including a new five-year max contract for Zach LaVine and the additions of veterans Andre Drummond and Goran Dragic.

Outside of the health of Lonzo Ball, one of the biggest questions for the Bulls this season is the future of Nikola Vucevic, who is set to become an unrestricted free agency next summer.

David Thorpe of TrueHoop recently proposed a trade for the Bulls, that sends Vucevic and a 2027 first-round pick to the rebuilding Utah Jazz in exchange for Mike Conley.

“Conley would offset the immediate loss of Lonzo Ball and then work very well next to Alex Caruso in the second unit. Should the Bulls decide to nix the Nikola Vučević experiment, they could package him with a 2027 first-round pick for Conley—but that would require the Bulls brain trust to have a plan to replace Vooch.”

Thorpe is right — with the uncertainty surrounding Lonzo’s knee, adding a veteran lead guard like Conley could boost the Bulls’ in the interim. Chicago was said to being active in shopping Vucevic and his upcoming expiring contract this offseason and going back to the trade deadline last season so if Vooch gets off to another slow start this coming season, he could be on his way out the door.