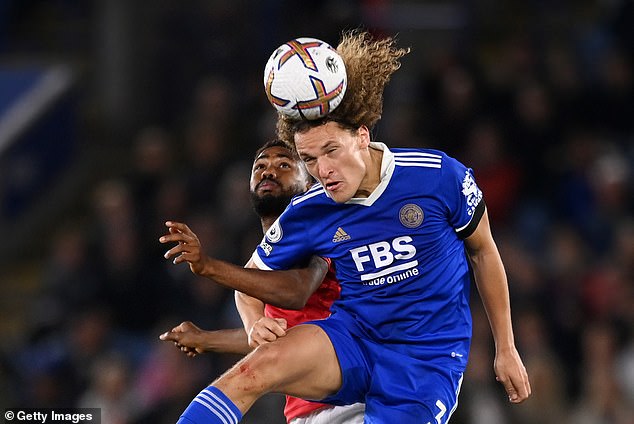 By Daniel Matthews For The Daily Mail

The Premier League will meet with American football chiefs today to discuss the use of their artificial intelligence technology in the fight against brain injuries.

The system, currently being developed alongside Amazon Web Services and piloted in the NFL, involves cameras and computers trained to automatically recognise helmet impacts ‘and map to which player they occur’.

It provides a clearer picture of a player’s head contacts, the reduction of which, according to the NFL’s chief medical officer Dr Allen Sills, is the next frontier in the battle to prevent brain injury. The technology is being trialled by a handful of clubs in games and more recently during training, too.

Premier League clubs and medical bosses are meeting with their US counterparts today for talks on player injury and welfare. The NFL are also slated to meet with rugby authorities towards the end of the month.

All three sports have faced concussion controversy and lawsuits amid links with neurodegenerative diseases such as early-onset dementia and chronic traumatic encephalopathy.

‘It’s incredible data because it allowed us last year, for the first time, to give each team data on how many helmet impacts they had relative to all the other clubs,’ Sills told Sportsmail. ‘It also goes down to the individual player level, so we can monitor a player throughout the course of the season.

‘We have all focused on reduction of concussions and that’s important, but concussions are at one end of the brain injury spectrum. As a neurosurgeon, I don’t think we can declare that there is a safe number of head contacts. And so reducing and preventing as much head contact as possible, to me, is an important goal.’

The innovation is part of the NFL’s Digital Athlete project which, using modelling and artificial intelligence, ultimately hopes to be able to predict and prevent injury by providing clubs with detailed data, helping them evaluate the risks and impact of different equipment, training methods and even playing surfaces. 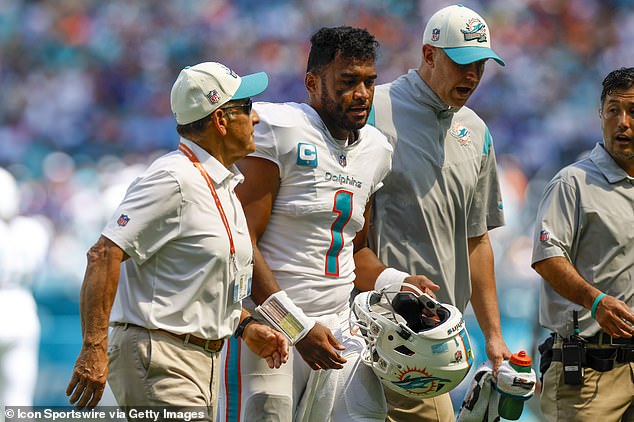 For now, the sport continues to face criticism for its treatment of brain injuries. Last week, a doctor was fired after Miami Dolphins quarterback Tua Tagovailoa was cleared to play after being evaluated for a concussion.

In football, UEFA have been accused of putting players’ lives at risk due to their lack of concussion substitute protocols, and the harrowing testimony of former rugby players such as Steve Thompson — who cannot recall winning the 2003 World Cup with England — has shone a light on the sport’s relationship with head injuries. All three sports have used mouthguard technology to measure head impacts.

The FA recently announced plans to trial the removal of heading in selected grassroots competitions and leagues, having already introduced heading guidelines for the first time following a landmark study involving Liverpool and Manchester City. 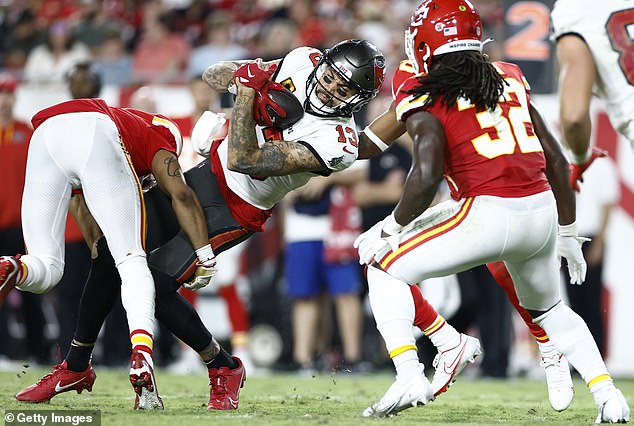 The NFL will share their own work with mouthguard sensors, as well as what they have learned around concussion and changes to equipment.

Yesterday, Premier League doctors and representatives from some top-flight clubs met at the Tottenham Hotspur Stadium — which hosted the Minnesota Vikings’ victory over the New Orleans Saints on Sunday — for a tour of the NFL’s gameday medical processes

All 20 Premier League clubs are due to be represented at today’s conference, with meetings involving rugby chiefs slated for the coming weeks.