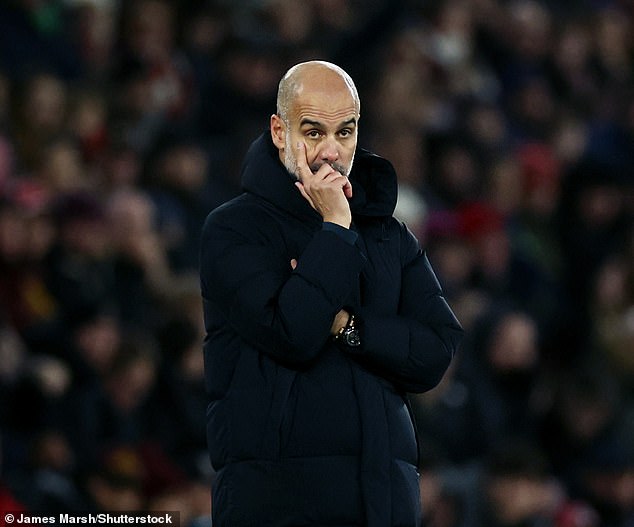 By Stuart Brennan For The Daily Mail

Pep Guardiola said he had concerns at the start of the season that Manchester City’s standards could drop after their run of unprecedented run of success.

The Blues crashed out of the Carabao Cup to the Premier League’s bottom club Southampton in midweek, with a poor display that led to midfielder Ilkay Gundogan questioning the hunger and desire in the squad.

That defeat was the worst possible preparation for City’s trip across town for the derby against resurgent Manchester United tomorrow.

Guardiola said he had an inkling that things might not be right ahead of the campaign, with the club’s trophy haul – they have also won six of the last nine League Cups – to blame for the slackening off.

‘What happened didn’t surprise me,’ said Guardiola, asked about the Southampton debacle.

‘I tried to avoid it, it happened and hopefully it won’t happen again, but it’s happened because we did four Premier Leagues in five years. Sometimes you have to reset. 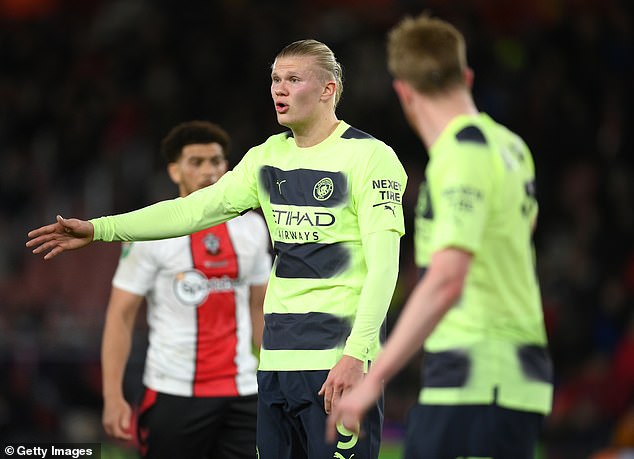 ‘The Carabao Cup showed me exactly, in terms of consistency that we are able to do it. This was our strength as a team in previous seasons, but after back to back (wins) two times, this can happen.

‘We were not ready to go there and be ourselves. I’m not talking about winning the Carabao Cup, or winning games, it’s be ourselves and behave how we have to do in every single game.

‘I was a little bit concerned at the beginning of the season that it could happen, and unfortunately it happened, I don’t know if it will happen again but we will try to do it.’ 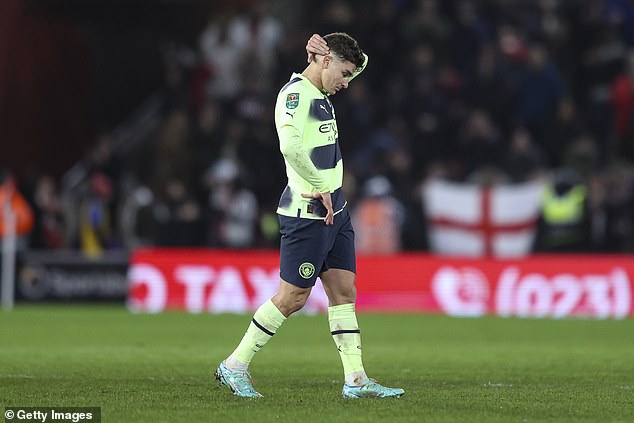 Guardiola said that United are a real threat after closing the gap between the two teams to just four points following their 6-3 hammering at the Etihad Stadium in October.

‘They were close, what happened in previous seasons, it’s United’s problems,’ he said.

‘Now it’s normal United are there, four points behind, still fighting. They’ll be there – for me, is it a surprise? No, that’s why this competition is so difficult.’ 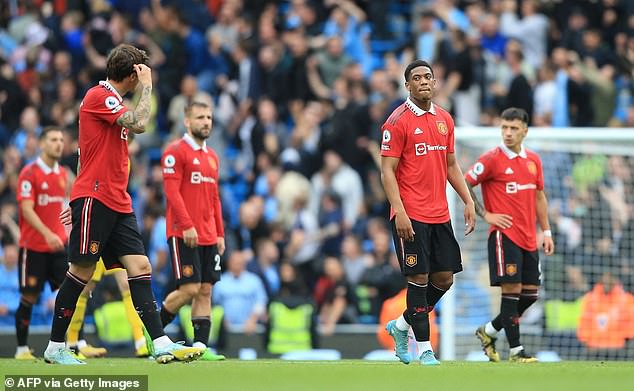