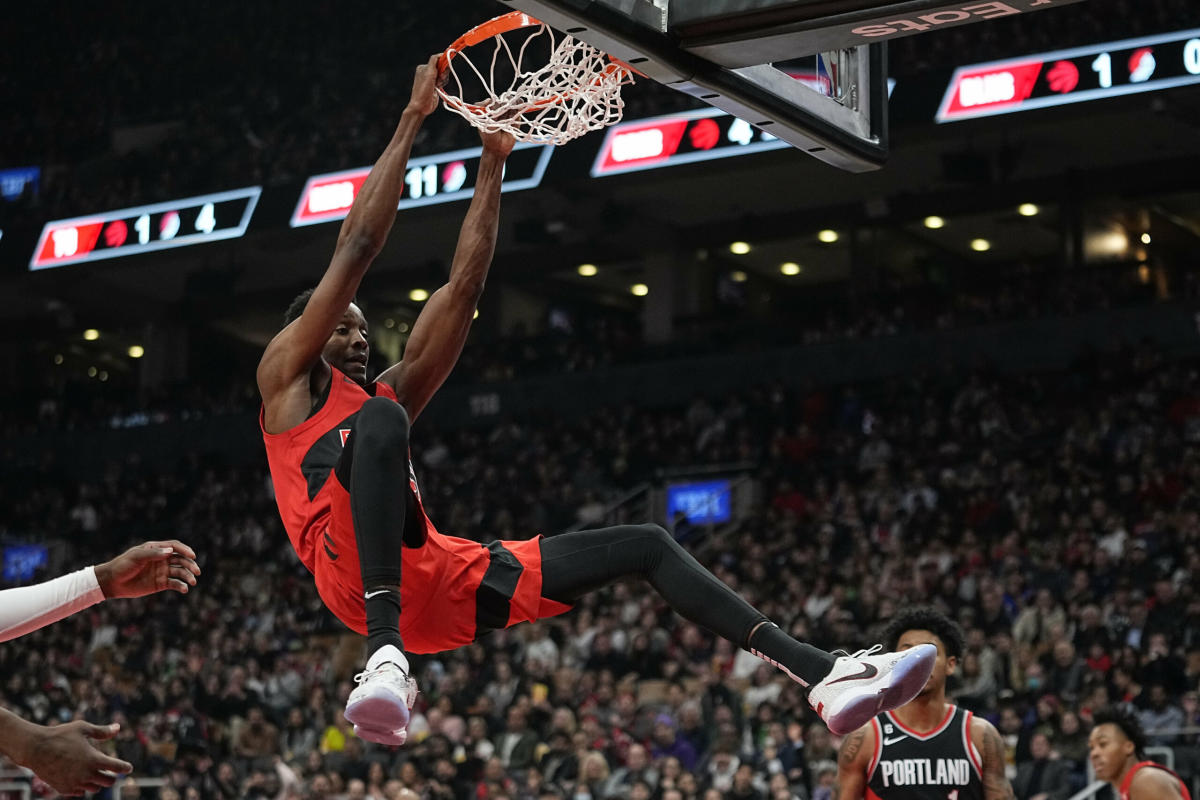 With playing time at a premium, the Toronto Raptors assigned rookie Christian Koloko to their G League affiliate in order to get consistent minutes on the court.

The move comes amid a productive rookie season by Koloko. But with the Raptors seemingly as healthy as they have been all year, Koloko has been a healthy scratch from the lineup in each of the Raptors’ five games, including Sunday in a win over New York.

It would be easy to view the assignment as a demotion, but Raptors veteran Pascal Siakam offered some advice to Koloko ahead of his first game with the Raptors 905 on Saturday.

Siakam revealed his message to the 33rd pick.

Koloko produced 13 points, seven rebounds, six blocks, three assists and one steal in the 135-126 win over the Wisconsin Herd on the road. He went 6-of-9 from the field and hit one 3-pointer in 31 minutes of work as the 905 improved to 5-4 in the regular season.

Koloko has shown flashes of what he can do at the next level but will need time to continue to develop and adjust to the increased competition level in the NBA. The team believes he can develop into a shot blocker and a lob threat and will need some time to reach that level.

The assignment on Saturday and any future games with the 905 should ultimately help Koloko work on his overall game. He has proven that he can contribute when called upon and his time in the G League will further ensure he’ll be ready the next time his number is called.

Along with Embiid, Raptors’ Koloko and Siakam eager to make history for Cameroon