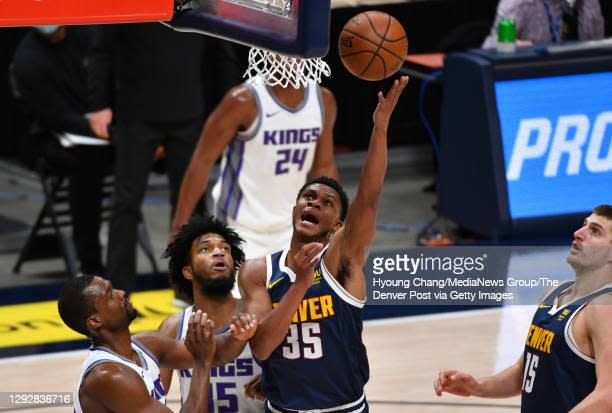 Tim Connelly is attempting to get the band back together.

Connelly took over as Minnesota’s Team President back in May, and he’s since acquired three former Nuggets in Austin Rivers, Bryn Forbes, and now P.J. Dozier.

ESPN’s Adrian Wojnarowski tweeted on Saturday that Dozier had signed a deal with the Timberwolves.

Dozier is now the 20th player on Minnesota’s roster. With 12 guaranteed contracts already, Dozier likely signed a non-guaranteed or partially guaranteed deal, though the official terms of the contract were not disclosed.

While Connelly likely won’t be bringing Nikola Jokic over from Denver, Dozier has still been able to contribute when he’s been healthy throughout his career. Unfortunately, he’s faced more than his fair share of injuries.

Dozier was limited to just 18 games last season after tearing his left ACL in November. In those games, he averaged 5.4 points, 3.5 rebounds, and 1.6 assists in 18.9 minutes per game. The season before, he averaged 7.7 points and 3.6 rebounds in 50 appearances, all of which were career-highs.

If he’s back to full strength, there’s a chance he makes Minnesota’s final roster and be a nice depth piece for them. However, if he doesn’t make the team, he’ll likely find a home elsewhere and potentially have a better chance to contribute than he would with the Timberwolves.