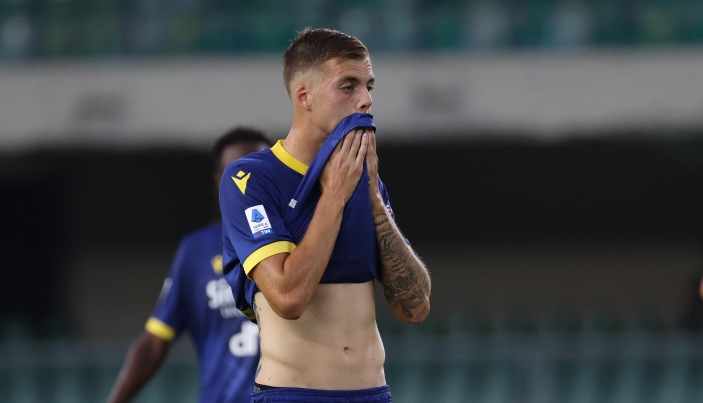 Torino risk missing out on Hellas Verona midfielder Ivan Ilic, as it’s reported Olympique Marseille are ready to swoop instead with an increased offer.

The Granata made a double proposal to Verona, hoping to pick up Ilic in January and leave defender Isak Hien at the Stadio Bentegodi on loan until June, for a total sum of €18m plus bonuses.

Verona confirmed they had received the offer and were evaluating it, but suddenly the situation has changed.

According to Sky Sport Italia and Sportitalia, Olympique Marseille have now come in with a separate bid for Ilic and would also leave him on loan at Verona until the end of the season.

The sole price Torino would pay for Ilic is €11m plus €4m in add-ons, but Marseille are prepared to gazump them both in terms of the transfer fee and the salary package on offer to the player.

It’s reported the bid from Marseille is €18m just for Ilic.

The 21-year-old spent time in the Manchester City youth academy before he moved to Verona in 2020.