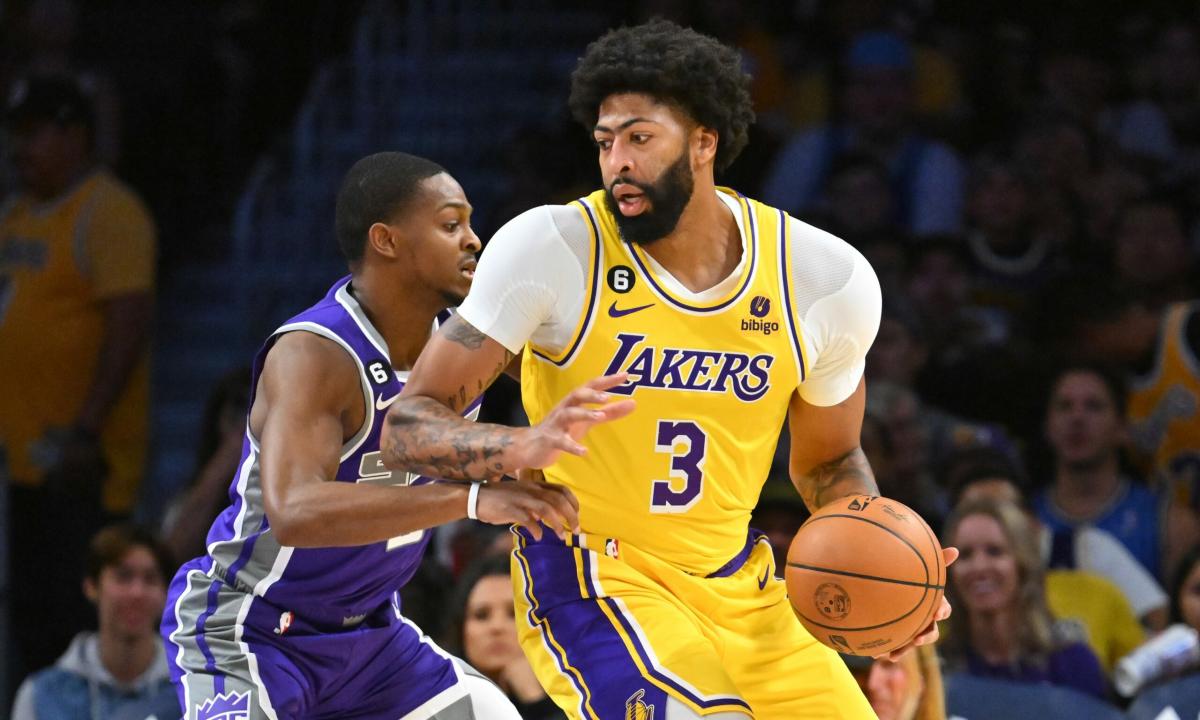 Los Angeles Lakers basketball is finally back after a long and strange offseason!

The team looks a lot different this season after a summer that was filled with lots of trade rumors, and Monday’s contest against the Sacramento Kings gave fans a glimpse at what the new-look Lakers could be this season.

Not surprisingly, it was an ugly contest, especially for Los Angeles, which shot 31.2 percent from the field and committed 23 turnovers, which led to 30 Sacramento points.

The team also had lots of trouble on the boards, giving up 15 offensive rebounds.

But there were a few bright spots for the Lakers, especially from these three players in particular.

After only playing in 76 of a possible 154 games the past two seasons due to multiple injuries, Davis looks energized and motivated to do very well this year.

He has said he wants to play in all 82 games this season, and both LeBron James and head coach Darvin Ham have challenged him to become the team’s top offensive option.

The big man had 11 rebounds in 16 minutes on Monday, to go along with 11 points.

A big bone of contention for Davis has been his 3-point shooting, which has been piss-poor the past two seasons.

See also  Jayson Tatum in early MVP conversation, while Trae Young and the Lakers are struggling

However, against the Kings, he knocked down 2-of-4 from downtown, which was a very welcome sight.

Gabriel, an undrafted 6-foot-9 big man, was signed by the Lakers late last season in an effort to infuse the team with some youth and energy.

He did just that, but in terms of actual basketball talent and skill, he had a lot of work to do.

In the team’s first preseason game on Monday, he made a noticeable contribution, especially on the defensive end.

He blocked four shots and was also active on the boards, getting nine rebounds, including four on the offensive end.

Gabriel also moved well offensively, getting himself a couple of easy baskets off ball movement.

He is the Lakers’ only true power forward coming off the bench, and therefore it will be important for him to offer them productive defense against the league’s best at the 4 spot.

One of the biggest problems L.A. has had the past couple of seasons is 3-point shooting, and it’s one of the reasons it signed Swider as an undrafted free agent a few months ago.

He shot the ball extremely well during summer league play, and naturally, some likely wondered whether that skill would translate to actual NBA games.

See also  How much does the loss of veteran forward Danilo Gallinari impact the Boston Celtics?

Swider is not only a dependable 3-point shooter when he’s open off ball movement, but he also has an impressive ability to hit catch-and-shoot 3s with a defender right in his face.

If he holds his own defensively and on the boards, look for him to get some playing time throughout the season.