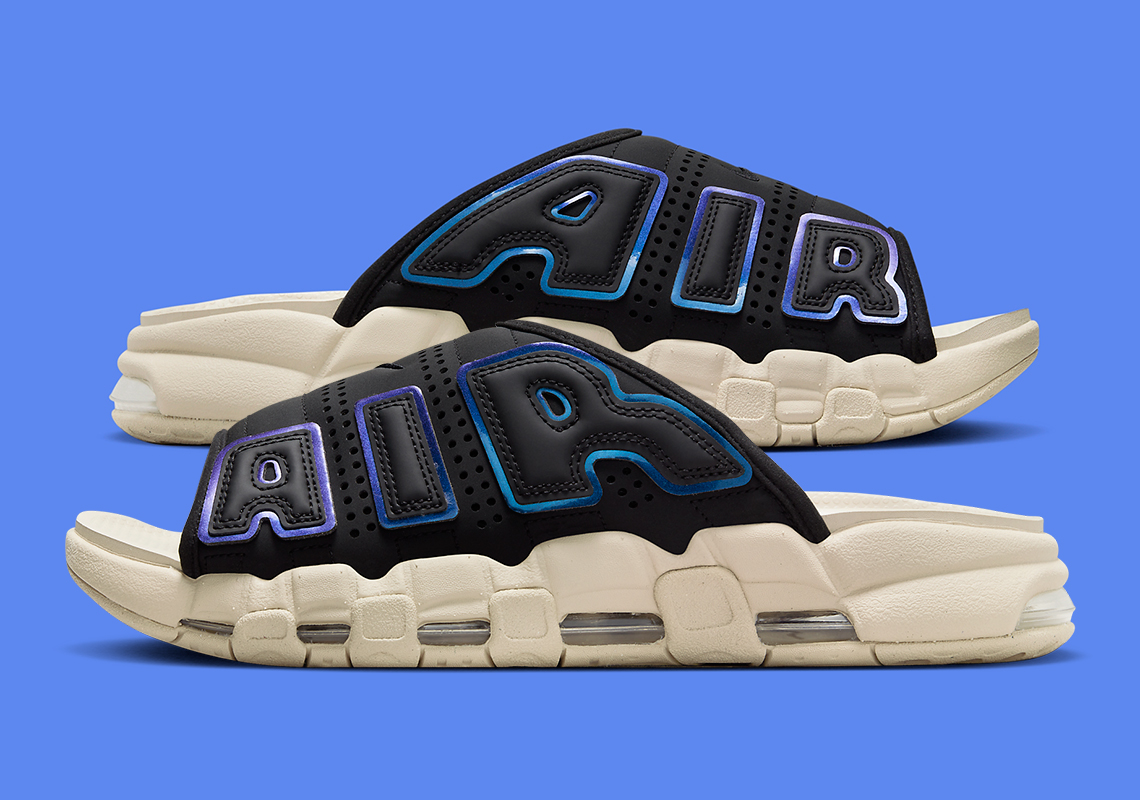 Following the raucous reception of the Nike Calm Slide and its eery similarity to the adidas Yeezy Slide, the brand is continuing to harken the aesthetics of its iconic silhouettes to serve as the main inspiration behind its latest slate of slip-on propositions. Known to infuse their slides with the brand’s heralded Air Max cushioning systems, the Nike Air More Uptempo now takes on its own slip-on interpretation.

Having previously served up a simplistic black/white effort pulled directly from Scottie Pippen’s endorsed colorway, a similar jet-black base lays claim to the perforated roof that extends over a majority of the forefoot and stretches in an elongated fashion toward the heel. Proffering its predecessor’s synonymous bubbled graffiti style “AIR” lettering, luminous shades of baby blue, royal and violet surround the latter’s trim accenting the color-matched pitch-dark stitching. Inserted underfoot along the cream-treated footbed, semi-translucent air-infused pucks provide a lasting, cushioned ride.

For more from underneath the Beaverton-based brand’s umbrella, check out a first look at the upcoming Air Jordan 5 Low “Indigo Haze”. 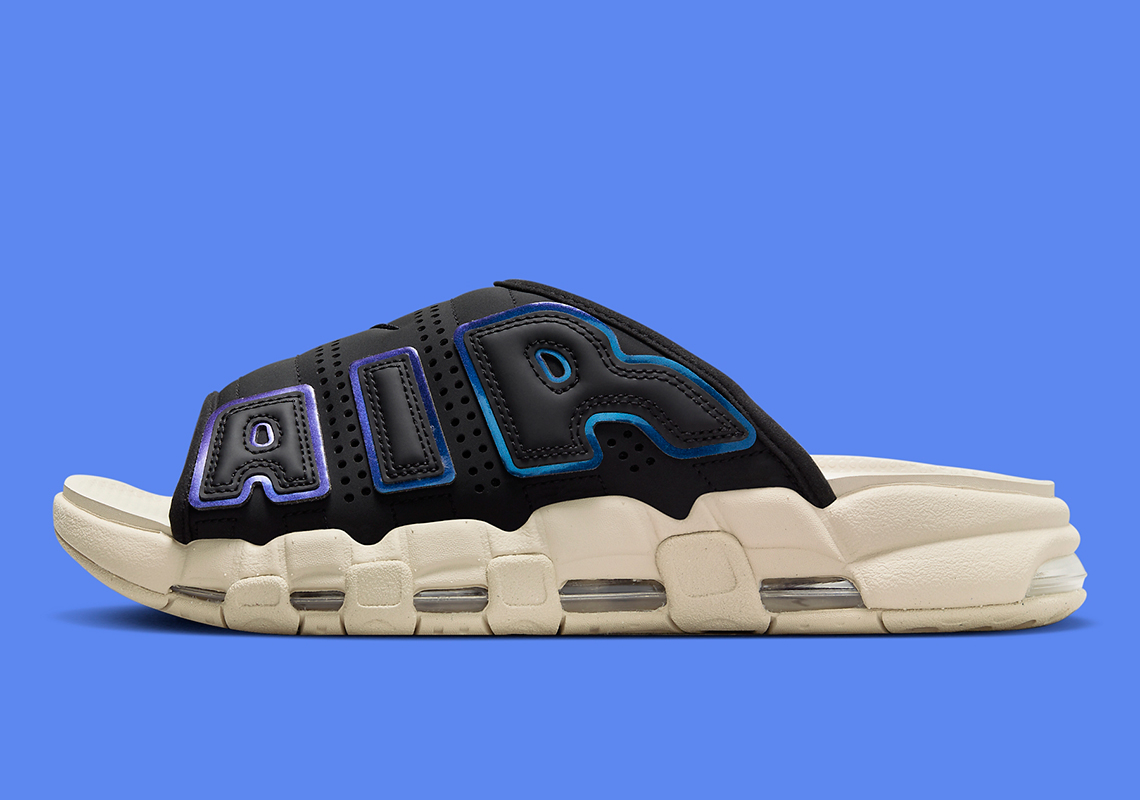 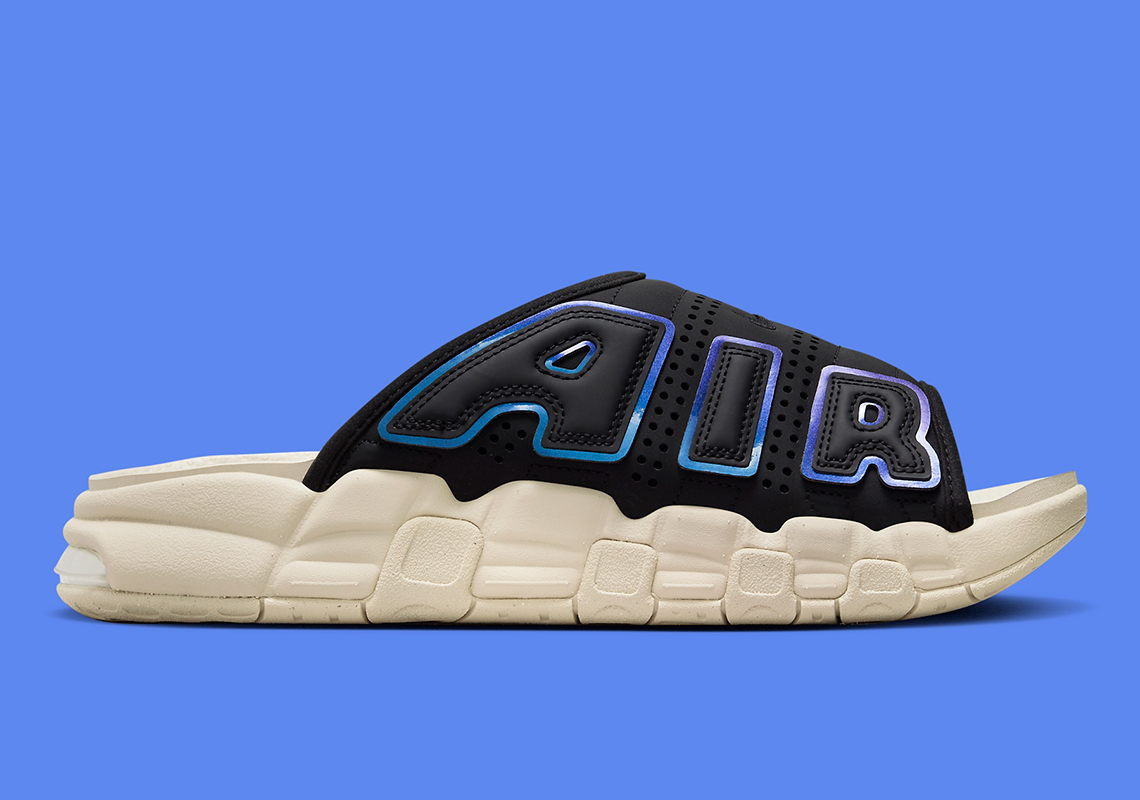 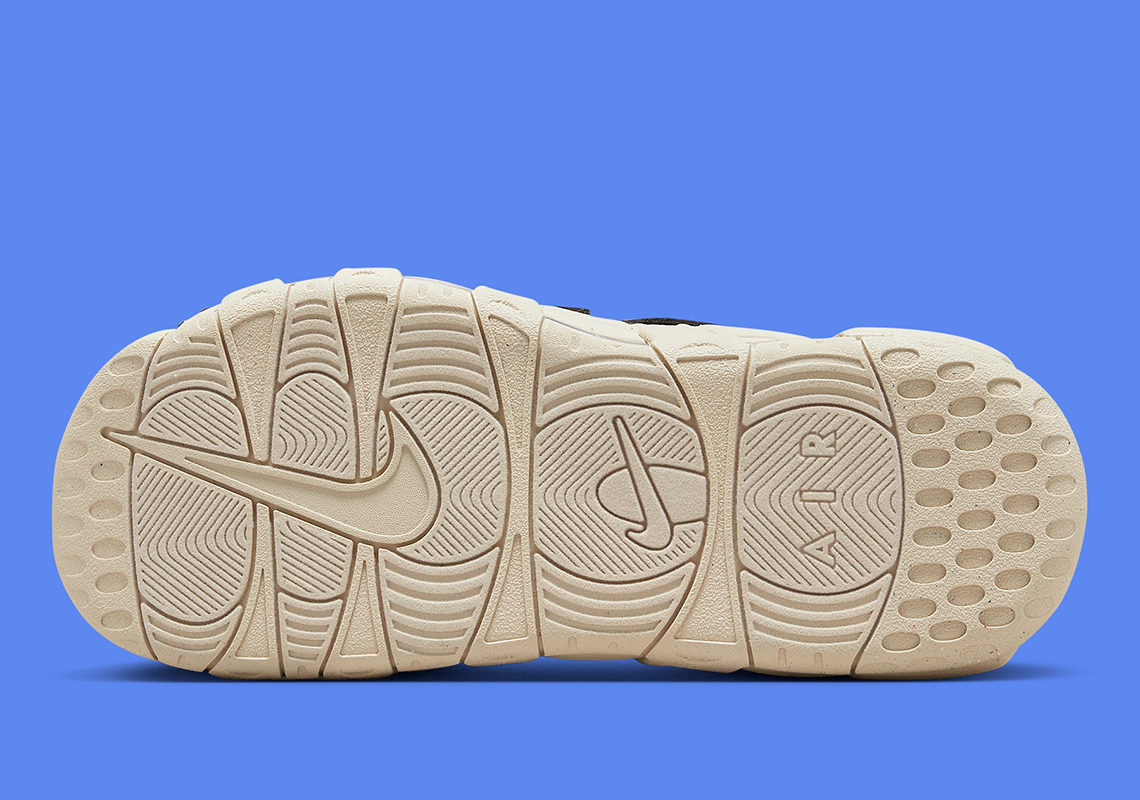 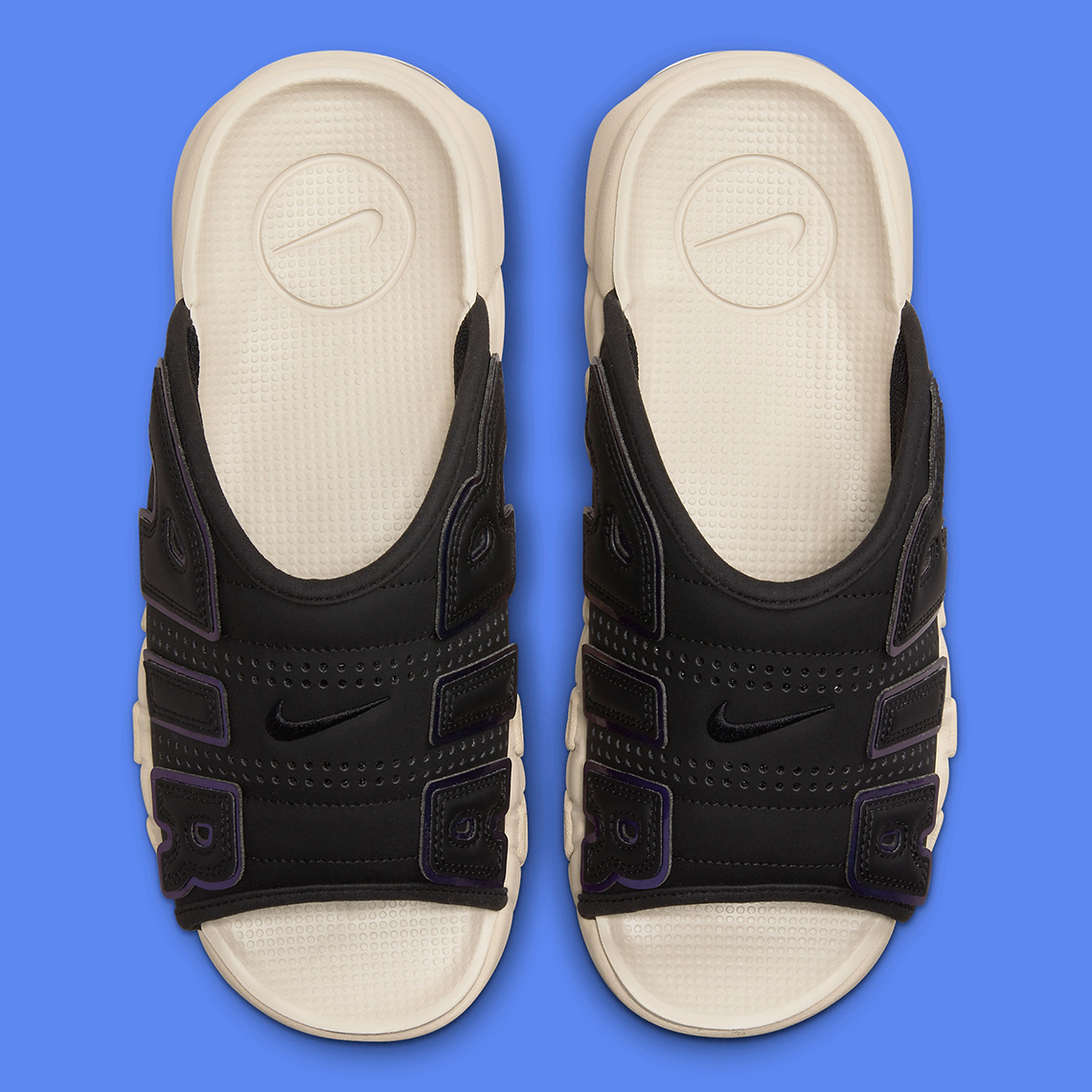 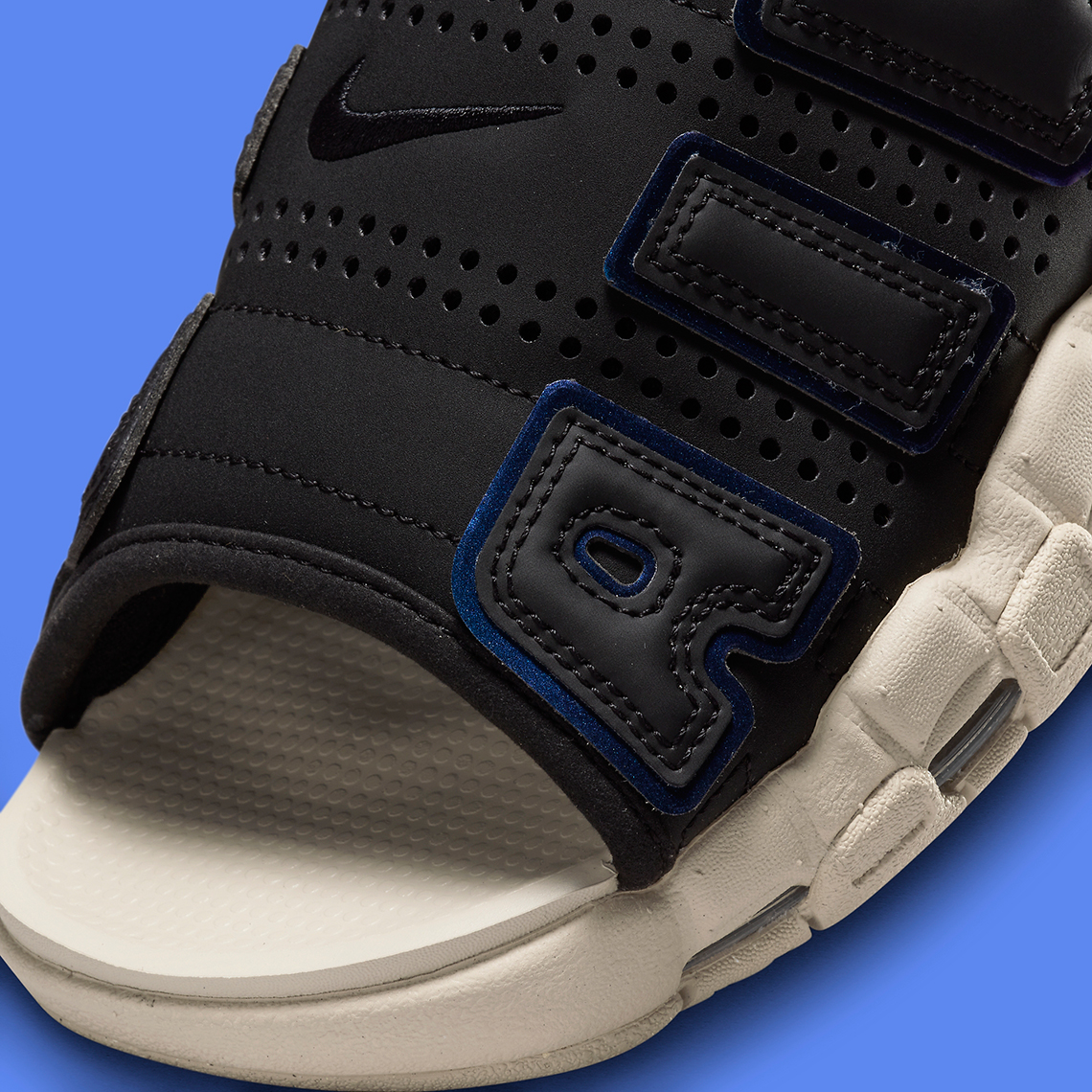