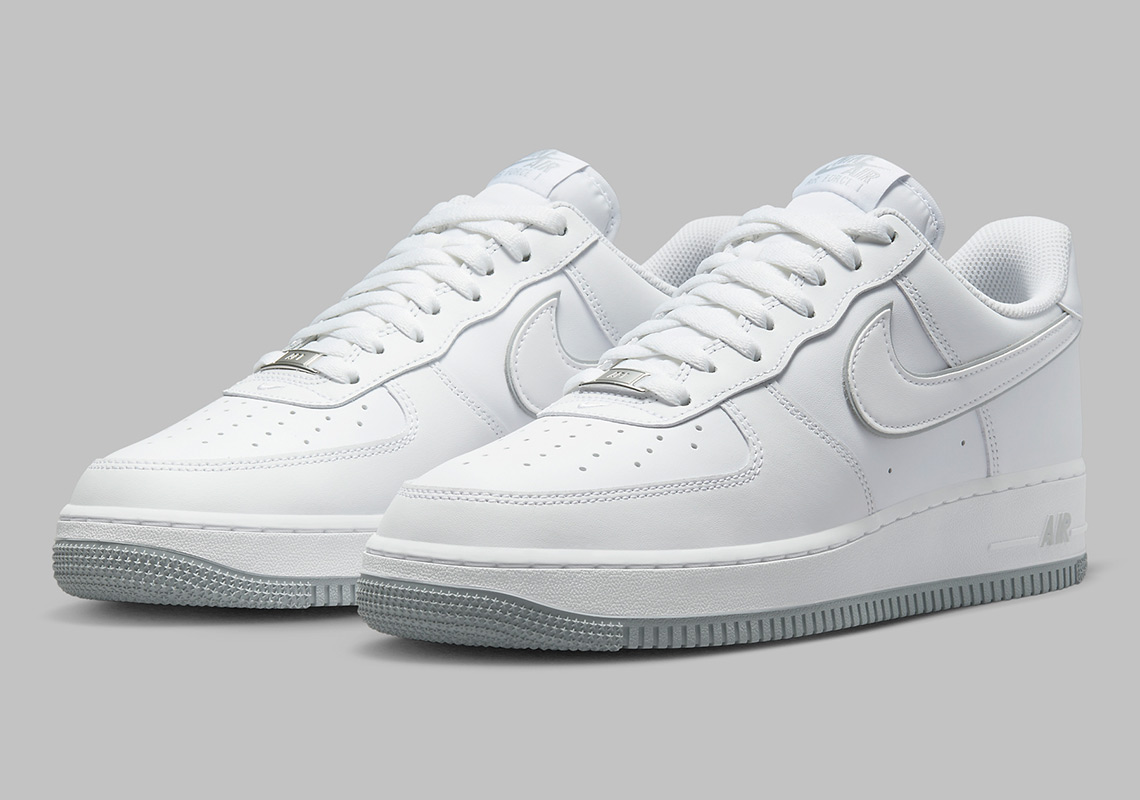 Few combinations are as influential and heralded as the white-on-white ensemble employed onto the Nike Air Force 1 Low. From the hardwood in the 70’s to concrete jungles and high school hallways over the past decade, the “Triple-White” aesthetic has been toyed with and rendered anew time and time again, with the latest OG-inspired proposition of the models White leather uppers indulging in an accenting shade of Grey.

A majority of the models real estate renders its typical hallmark construction featuring premium White leather overlays, laces and a color-matched inner lining and midsole. Providing the silhouettes only tweak by way of a seldom touch of Greys, the accenting shade bears the midfoot Swooshes trim, midsole “AIR” text, insoles and tread before exhibiting an embroidered metallic finish on the tongue and heel tabs.

While no official release date has been announced for the “Grey/White” Air Force 1 Low, enjoy images of the pair below below as we await further details from the brand.

In other offerings from the models 40th anniversary celebration, a two-tone combination of Olive and White additionally fills the Nike Air Force 1 Low. 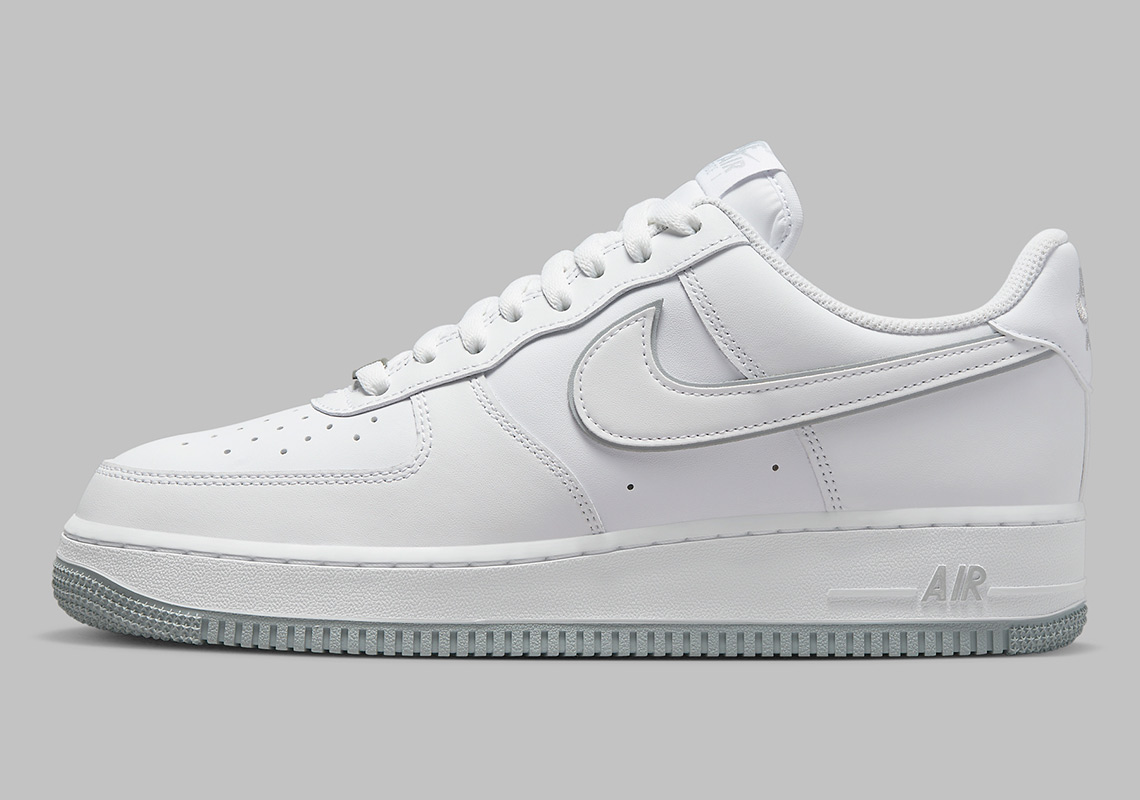 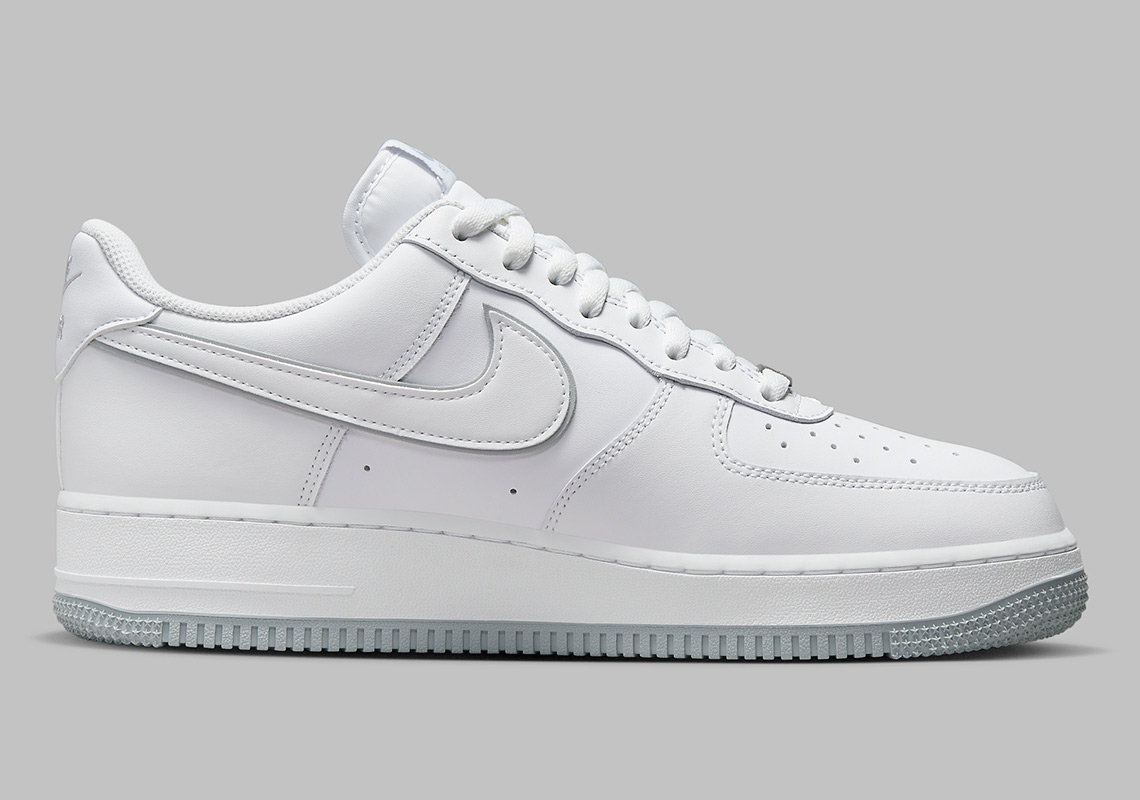 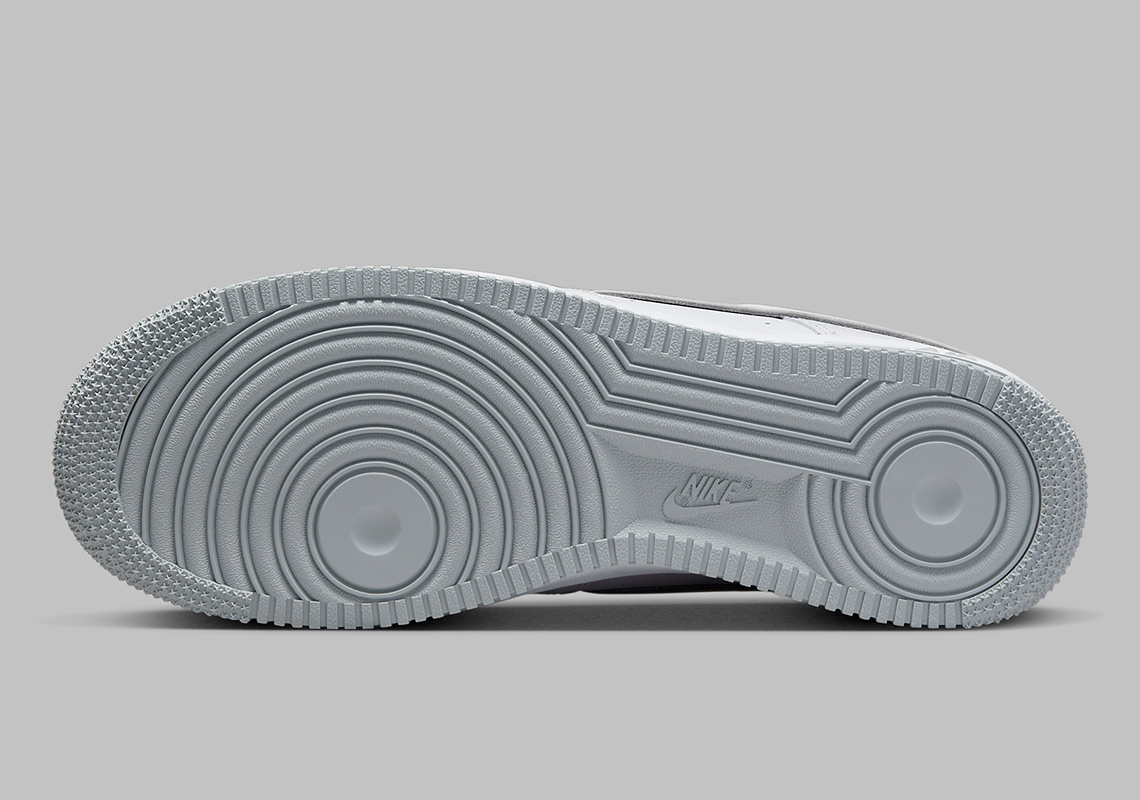 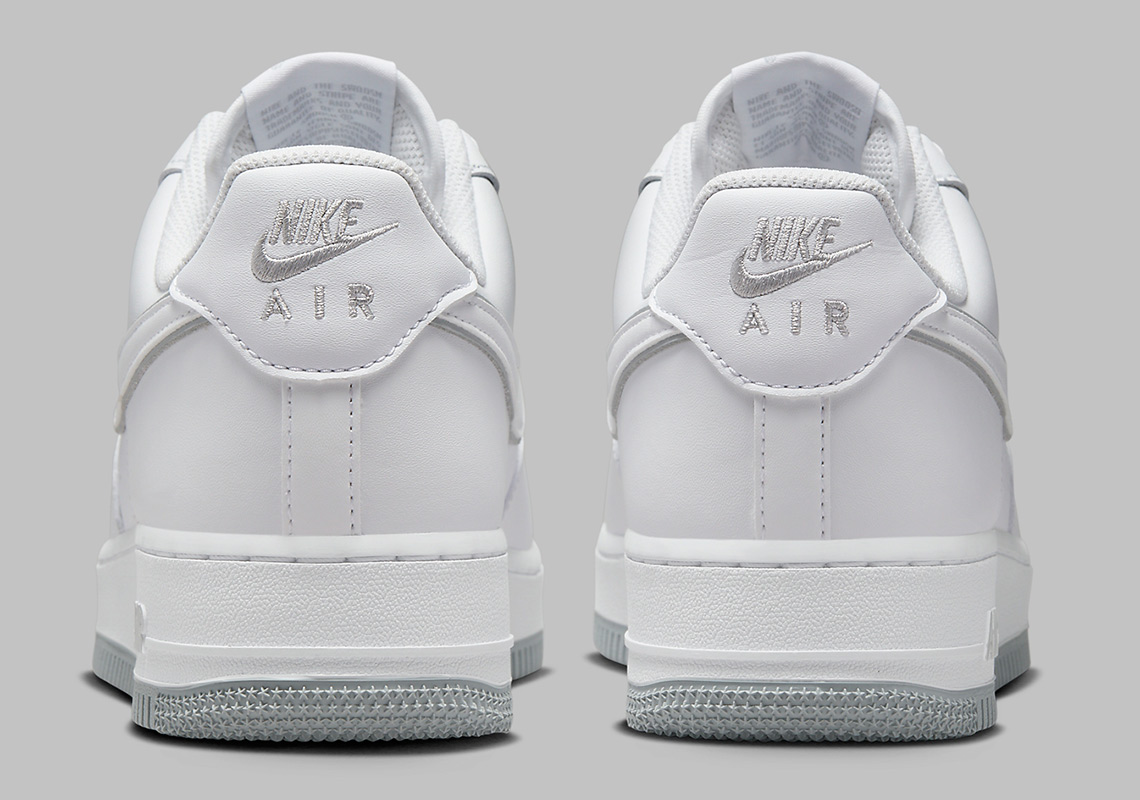 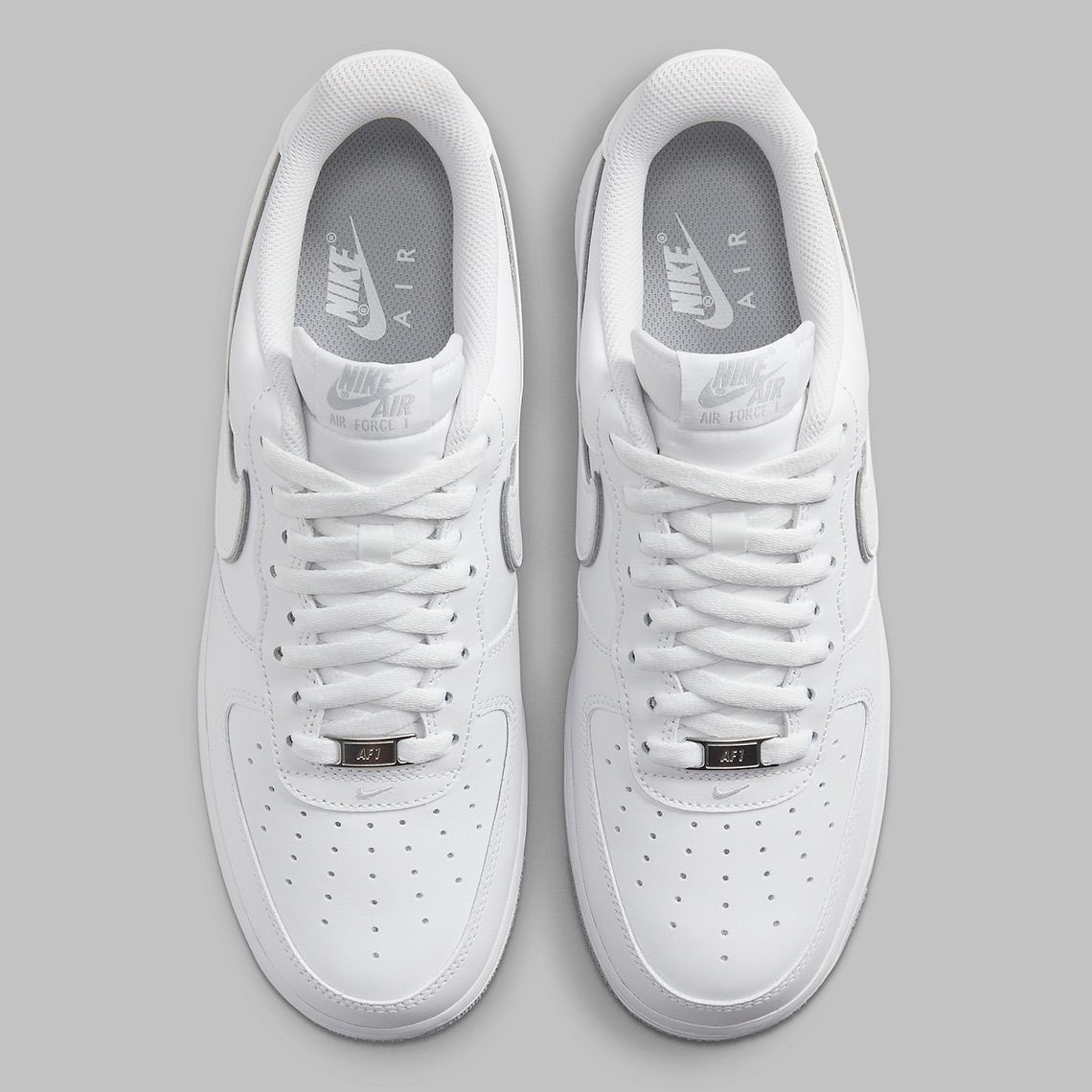 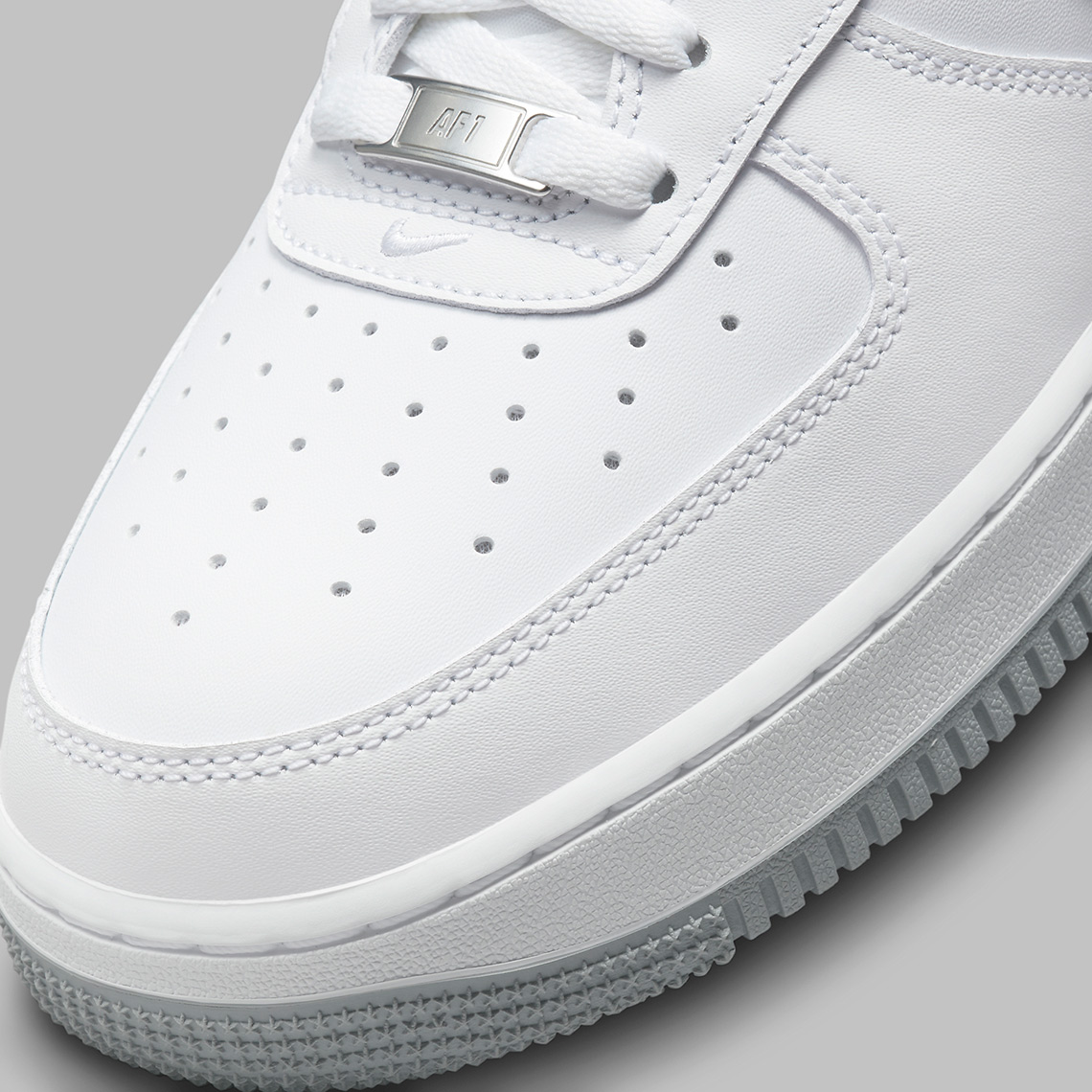 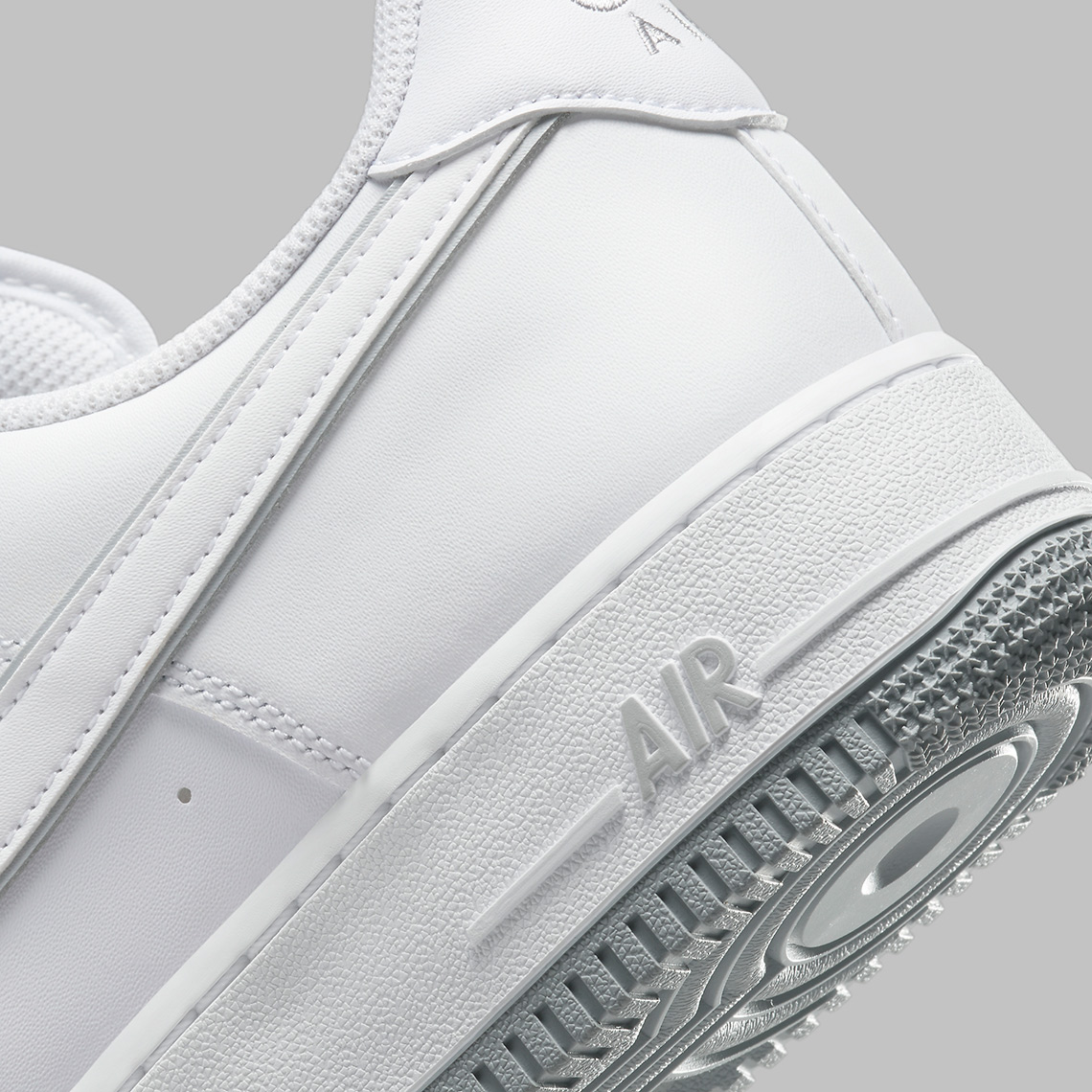