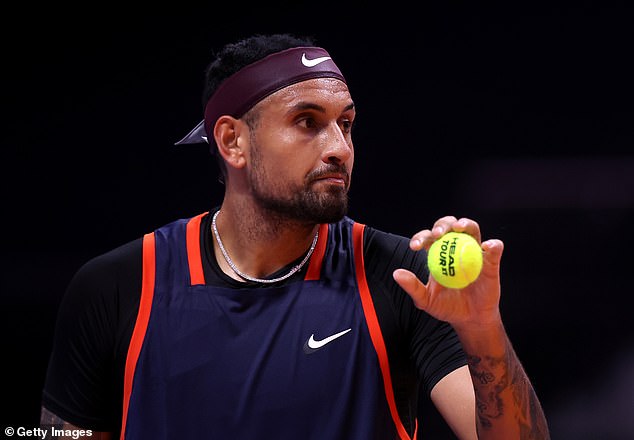 Nick Kyrgios lashed out at his critics on Tuesday after tickets for his exhibition match against Novak Djokovic sold out in just 58 minutes.

Over 14,000 fans will fill the Rod Laver Arena on Friday for the rematch of the 2022 Wimbledon final, with the Aussie firebrand making his long-awaited return from injury.

And Kyrgios saw the fans’ enthusiastic response as the perfect opportunity to turn the tables on his detractors.

‘Wow Nick Kyrgios is bad for the sport! Wow what a disgrace, a national embarrassment! How dare he sell out another stadium, the arrogance,’ he wrote on Twitter.

In a separate tweet, Kyrgios also fired back at former US tennis player Noah Rubin who questioned the wisdom of scheduling an exhibition match just days before the start of the Australian Open.

‘To be fair it will bring more crowd then any of your matches,’ the Aussie replied. 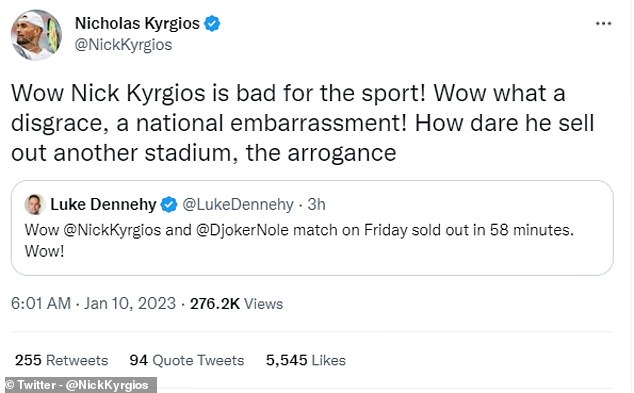 The exhibition will be Kyrgios’ first match since he picked up an ankle injury while playing in Dubai last month, which subsequently ruled him out of the inaugural United Cup in controversial circumstances.

It will also coincide with the release of the first episode of Break Point – Netflix’s new 10-part documentary on tennis’ ‘Generation Next’ – which focuses on the Aussie star.

In Episode One: The Maverick, the 27-year-old discusses his future in tennis and admits his life was ‘spiralling out of control’ at one point as he opens up on his mental health struggles. 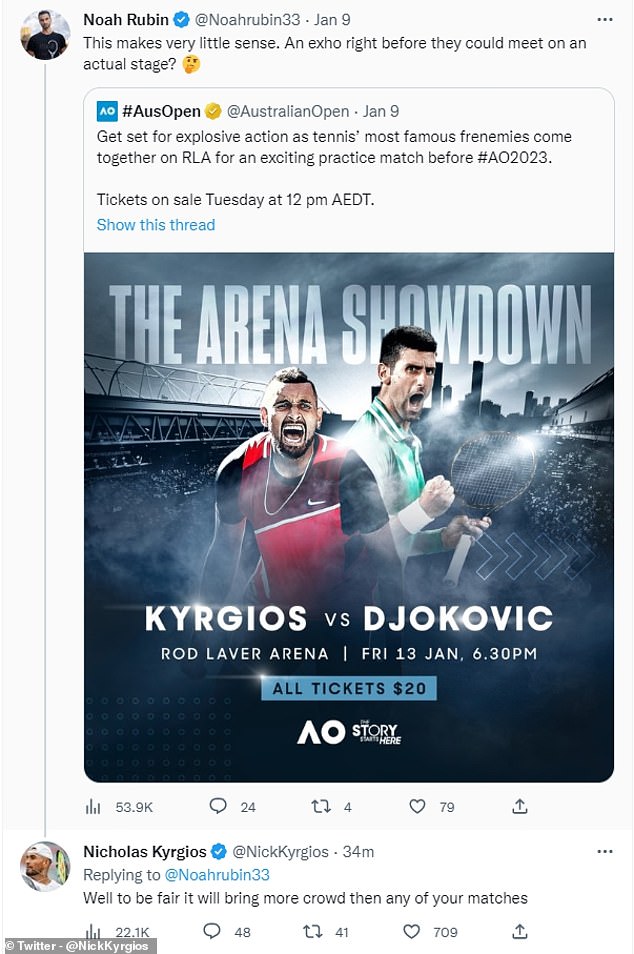 The match will also mark Djokovic’s first return to Melbourne since his controversial exclusion from the Australian Open 12 months ago.

Djokovic was at the centre of a diplomatic storm in January last year, when he was deported for not complying with the vaccination restrictions that were in place back then.

The Serb, who was unvaccinated against Covid-19, had his visa cancelled twice after arriving in Australia ahead of the Australian Open. 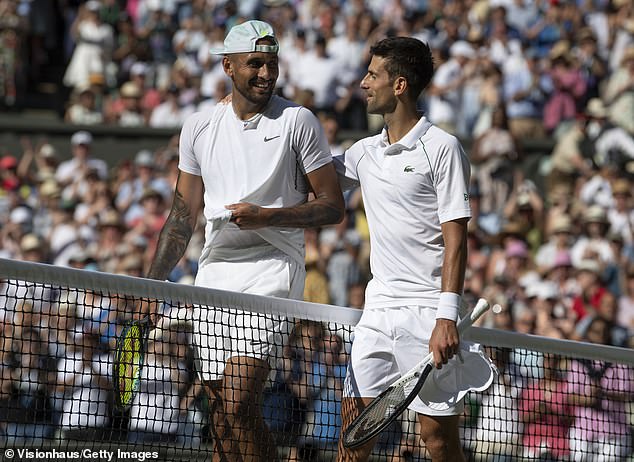 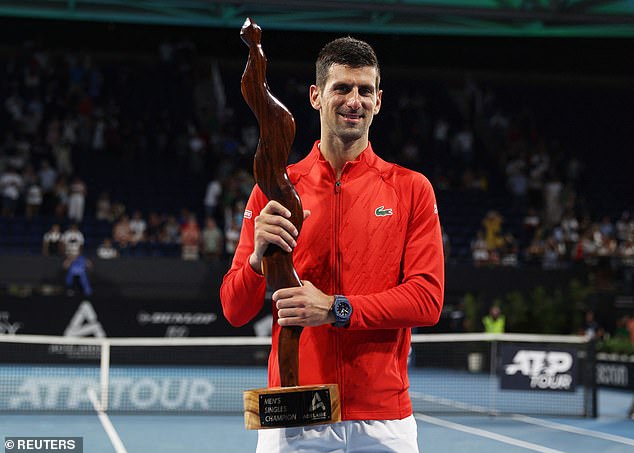 But speaking as he unveiled the ‘arena extravaganza’ on Monday, Tennis Australia CEO Craig Tiley said fans in Melbourne will be delighted to welcome back the 35-year-old.

‘Our sporting fans, are amongst the most educated in the world. They appreciate greatness, they appreciate players that like Novak have won this event nine times,’ he told reporters.

‘I’m excited by the fact that we’ve got all the players here. Novak is back, he’d be able to compete in front of the fans.

‘And I’m pretty confident that the fans of Melbourne, similar to the experience that he had in Adelaide, will be just as good.’