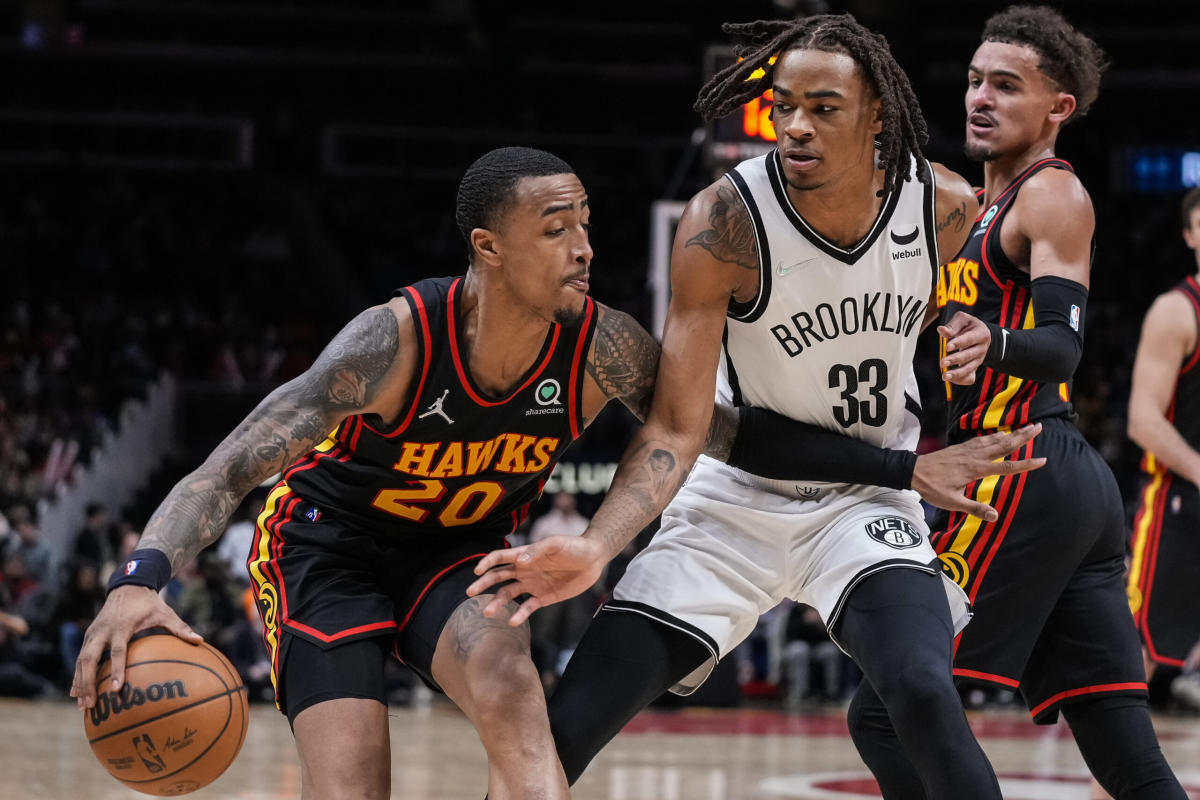 The Brooklyn Nets have the potential to be one of the best teams in the league in the 2022-23 season with the roster being what it is at the moment, but they could still use some help in certain areas in order to solidify their roster.

The Nets could use some more size as well as some athleticism on their frontline. One option could be John Collins of the Atlanta Hawks as the big man has been on the trading block for a little while now.

A new mock trade performed by Bleacher Report has the Nets bringing in Collins in a big 3-team deal that sends Ben Simmons to Atlanta. The deal also involves the Houston Rockets with Eric Gordon headed to Brooklyn.

B/R on why the Nets do this deal

The Brooklyn Nets will probably want to see how Ben Simmons, Kyrie Irving and Kevin Durant fit together before they do anything drastic, but it’s not hard to imagine the trio struggling to work together.

Simmons has spent his entire career on the ball, and now he’s heading into a situation with two of the most prolific isolation scorers of all time. As the old saying goes, “there’s only one ball.”

Replacing Simmons for someone who may be slightly less talented but is more accustomed to working off of ball-dominant stars makes sense, and John Collins brings an intriguing combination of rim-running and outside shooting ability.

Add another floor spacer in Eric Gordon and an established veteran on the wing in Maurice Harkless, and this deal starts to become fairly obvious from Brooklyn’s perspective.

Analyzing the deal from a Nets standpoint

The Simmons fit next to Kyrie Irving and Kevin Durant certainly needs to be explored first before Brooklyn makes such a drastic move, but on paper, this is a trade that makes sense. Gordon shot 41.2% from deep in the 2021-22 season and his floor spacing would do wonders for this current Nets team while Harkless is a 3-and-D veteran.

As for Collins, he averaged 16.2 points and 7.8 rebounds while shooting 36.4% from deep in a 2021-22 season that was riddled with injuries and trade rumors. His ability to run and space the floor next to the star duo would enhance the Nets on the offensive end. He also has the lateral quickness to be a big defender for Brooklym.