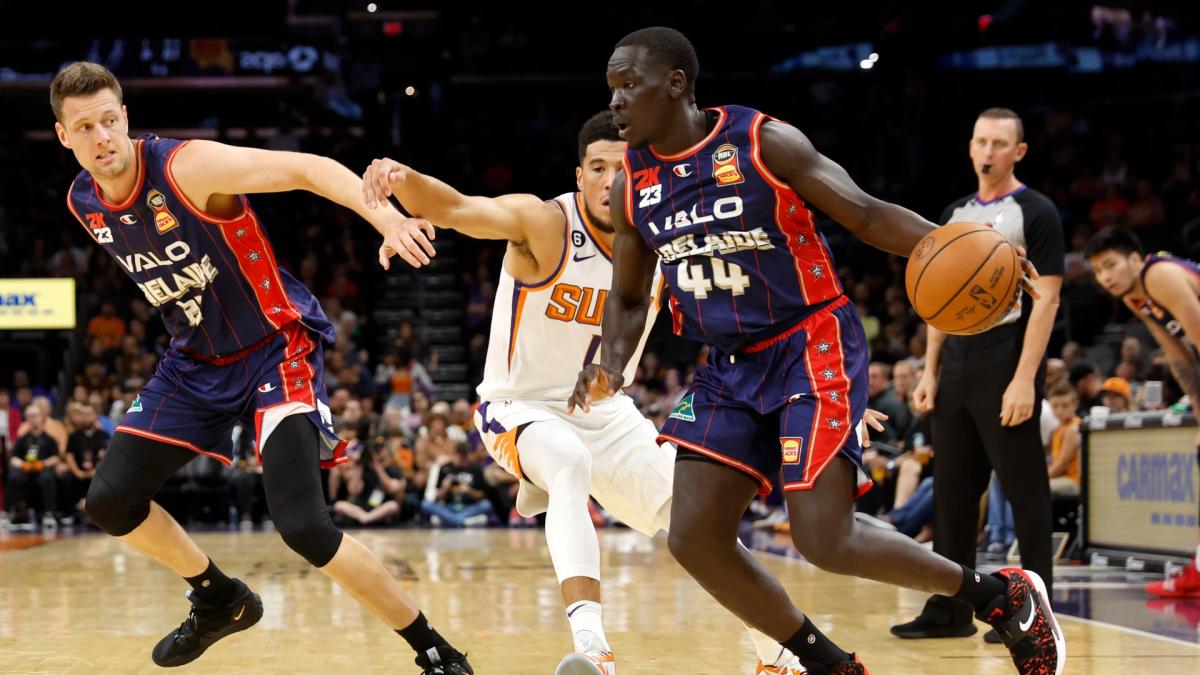 The Phoenix Suns just got scorched.

During their preseason game against the NBL’s Adelaide 36ers on Sunday night, the Suns were stunned 134-124.

All of Phoenix’s primary starters – bar Jae Crowder who reportedly is seeking a trade – played 22 minutes each in the contest.

The 36ers jumped out to a 33-28 lead after one quarter but hit the gas in the second. Two free throws from Kai Sotto, who went undrafted in the 2022 NBA Draft, made it 57-41 to increase the gap to 16, which was the largest lead either team managed on the night.

After leading 71-59 at halftime, the Suns came out with more energy and got within six points by the end of the quarter to make it 96-90. Chris Paul, Devin Booker, Mikal Bridges and Deandre Ayton all contributed in the scoring column following an iffy start.

In the fourth, the closest the Suns would get was three when two Jock Landale free throws made it 111-108. From there, Robert Franks, a former G Leaguer, and Craig Randall, who went undrafted in 2020, put away Phoenix.

Both Randall and Franks put up extremely impressive performances. Randall dropped 35 points on 9-for-17 3-point shooting while Franks contributed 32 points on 6-for-10 3-point shooting. Guard Antonius Cleveland added 22 points on 3-for-4 shooting from distance, as the 36ers shot a combined 55.8% from deep on 43 attempts.

See also  The joy, mystery and pettiness of the NBA and WNBA

Cameron Payne scored 23 points off the bench to lead the Suns while Bridges and Ayton each scored 22. Booker had 13 on 5-for-8 shooting overall while Paul mustered just six points on 2-for-4 shooting.

After finishing the 2021-22 season with the league’s best record and becoming the top-seeded team in the Western Conference as a result, this is not the way head coach Monty Williams and Co. envisioned to start the new campaign after bouncing out of the playoffs in disappointing fashion.

With the Pacific Division looking to be even more difficult this year as all teams are hoping to contend for a playoff spot, it’ll be interesting to see if this loss is foreshadowing what’s to come for Phoenix or if it’s just a minor bump on the road back to the top position in the West.