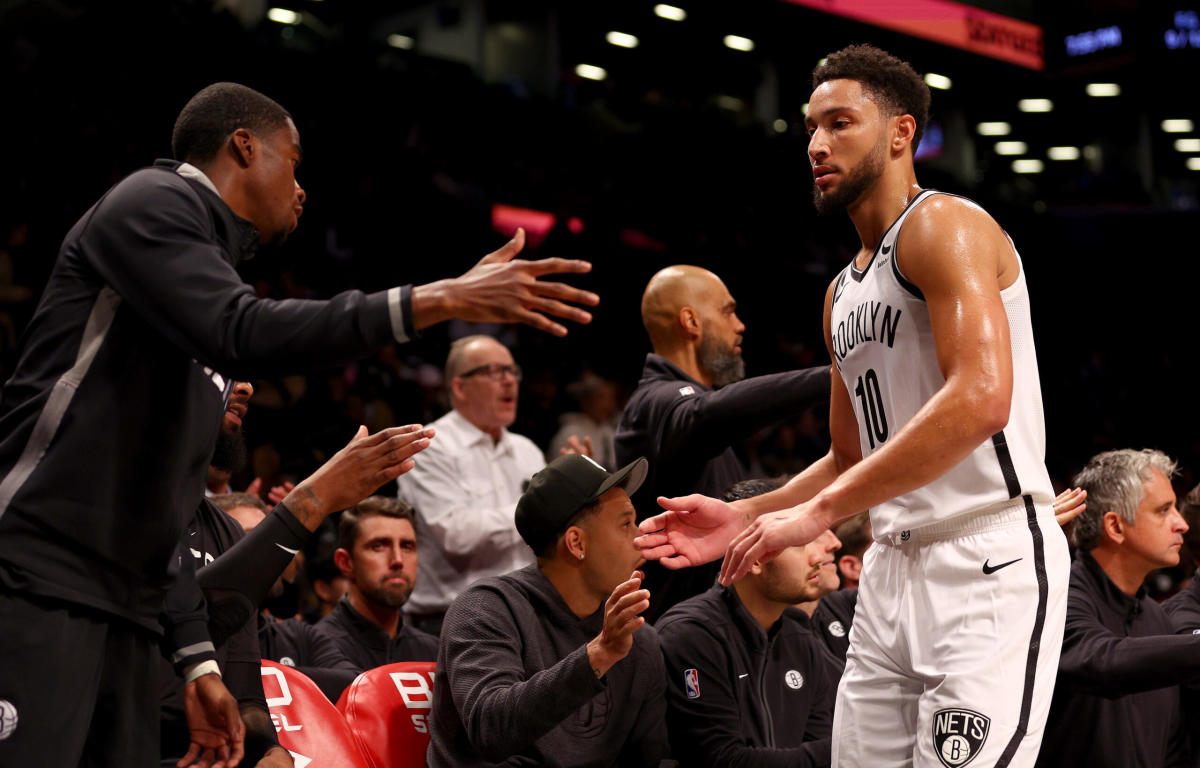 Ben Simmons and Joe Harris made their long-awaited returns in the Brooklyn Nets’ preseason opener on Monday night, and while the result didn’t go Brooklyn’s way, there’s reason for optimism.

Simmons played 19 minutes in total, the same as fellow stars Kevin Durant and Kyrie Irving. In that time, Simmons scored six points on 3-of-6 shooting, had four rebounds, one steal, two turnovers and a team-high five assists. For the night, Simmons was -10, and was the only Nets starter to not post a positive plus-minus. After building a 16-point lead in the first quarter, the Sixers went on to win, 127-108.

Simmons said after the game he had fun being back on the floor, and can see the potential the Nets have once things begin to click.

Here’s what NBA fans and analysts had to say about Simmons’ return to the court:

See also  What can Wizards do to stop their losing streak?