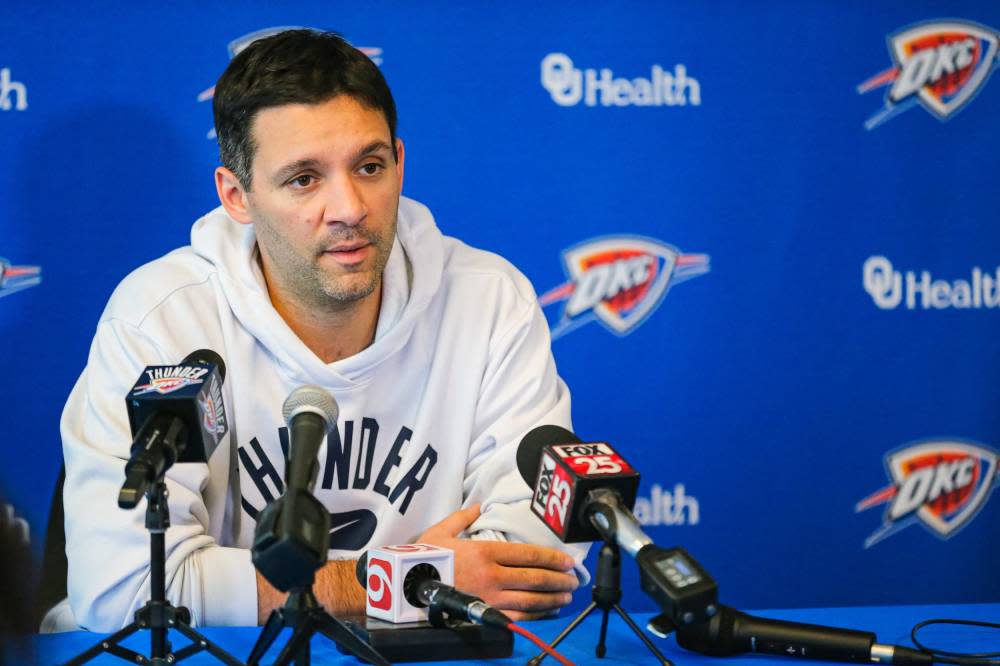 The Shai Gilgeous-Alexander trade train refuses to slow down.

A week after Gilgeous-Alexander made it known he knew what he signed up for when he signed his five-year extension with the Oklahoma City Thunder, The Ringer’s Kevin O’Connor listed him as one of the seven players who could shape the 2022-23 season.

O’Connor’s reasoning is that if Gilgeous-Alexander were to become available in trade talks, he would be arguably the hottest available commodity and could create a bidding war of draft picks at the Thunder pleases.

The most interesting tidbit in Gilgoeus-Alexander’s entry is O’Connor reporting that league executives are wanting him to ask out of Oklahoma City.

“During the 2021 draft, Oklahoma City reportedly made a strong trade offer to the Pistons for the first pick (Cade Cunningham), which Yahoo’s Jake Fischer says included SGA. And now that the rest of the trade market has settled with Mitchell in Cleveland and KD staying put, a lot of execs around the league wonder whether SGA is the best player on the market, given the fact he’s signed to a five-year max and OKC isn’t winning anytime soon. My impression is teams just want to wrangle him out of OKC since no other obvious stars will be available. Could there be an offer too good for Sam Presti to refuse?”

With recent reports of teams like the Toronto Raptors closely monitoring Gilgeous-Alexander’s situation, it makes sense that the rest of the league are flying around like vultures waiting for the 24-year-old to request a trade.

But as O’Connor mentioned, Gilgeous-Alexander’s public comments have made it known he is content with this situation in Oklahoma City and that he believes in the Thunder rebuild.

That could obviously change as the NBA has shown it’s a fast-paced league with player transactions, but for right now, it sounds like other teams will just to continue to wait on the off chance Gilgeous-Alexander asks out of the Thunder.