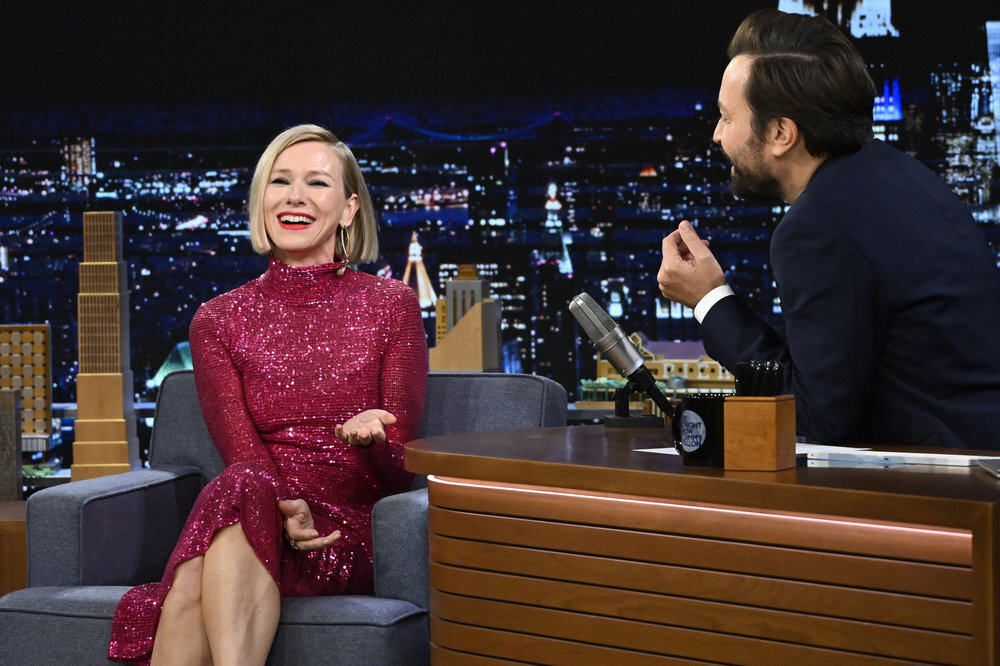 Naomi Watts was glistening in red on the set of “The Tonight Show Starring Jimmy Fallon” last night. The actress wore a pair of metallic heels to discuss her upcoming Netflix series “The Watcher” with Jimmy Fallon.

Watts wore a fuchsia and sequin embellished Prabal Gurung dress. The sparkly ensemble had a midi-length hem and was fitted to her body. Make-up artist Romy Soleimani completed the actress’s look for the show with black eyeliner on the lids and water lines. Watts has not strayed from her usual blonde bob, but for the show, Watts and her hair stylist Renato Campora opted for a side part with one side tucked behind the ear.

For footwear, the award-winning actress channeled her inner Dorothy from “The Wizard of Oz” and slipped into a metallic red heel. The pointed toe and slingback style shoe were cohesive with the outfit and make-up. Watts was striking compared to the dark and cool-toned set behind her, making her pop off the television screen. Overall the look came across as playful and polished.

Stylist Jeanann Williams is behind Watts’ elegant and classic style. The duo does not shy away from bright colors or more contemporary styles, including putting Watts’ own classic take on the power suit.