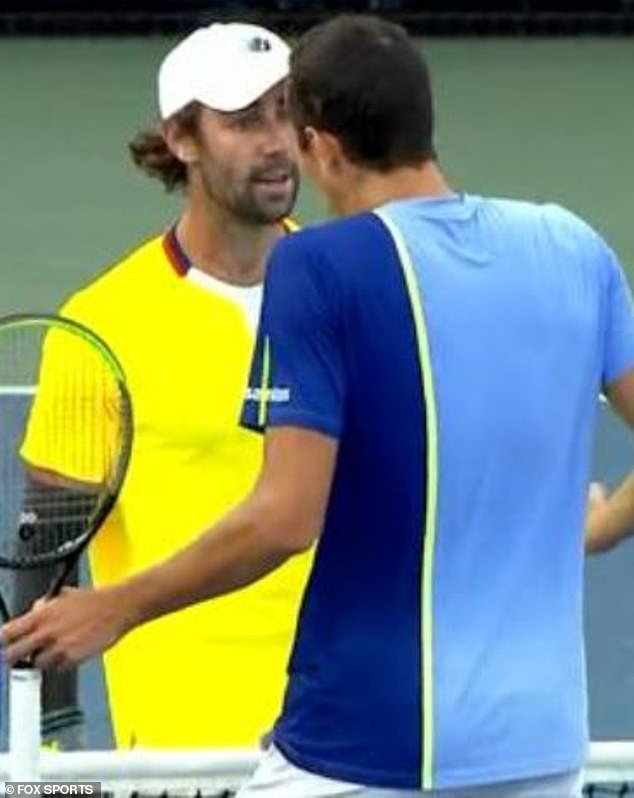 The fiery side of Aussie tennis star Jordan Thompson was on full display at the US Open on Thursday.

Sydney raised Thompson, 28, felt his second round opponent Daniel Elahi Galan was taking too long during his service games – and bluntly told him so.

Galan, who had the lion’s share of support at Flushing Meadows, didn’t appreciate the ‘feedback’ – with the pair engaging in a war of words early in the fourth set.

Thompson was booed by sections of the crowd, who felt he had crossed a line.

Channel Nine commentator Todd Woodbridge said it was obvious Galan had got under Thompson’s skin.

‘There’s a little bit of agro, a bit of tension between the boys,’ the Aussie doubles great said. 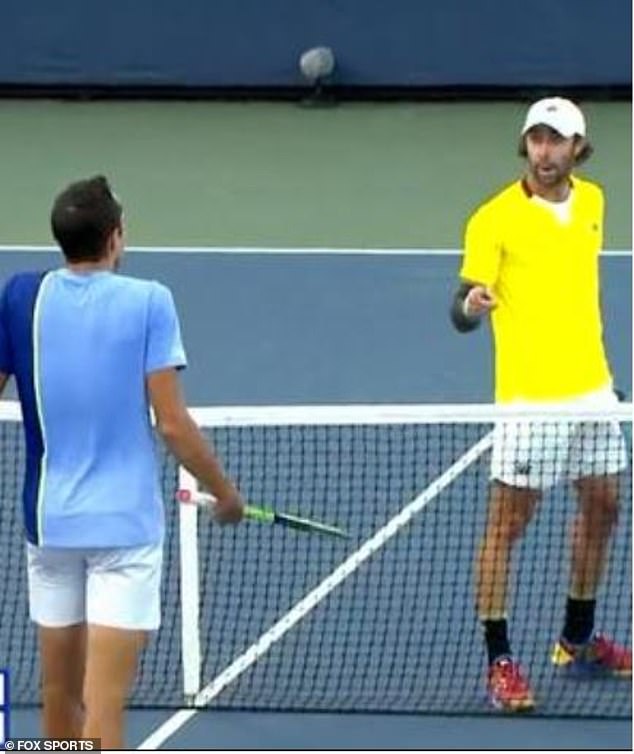 Thompson, 28, felt his second round opponent Daniel Elahi Galan was taking too long during his service games – and bluntly told him so on court

‘I think it’s got to do with the time that Galan is taking. ‘[Thompson is] never one to back down when he’s out on court.’

As the situation threatened the boil over, both players were warned to keep their cool during a tense change of ends.

Tennis fans were stunned at the heated scenes on court, with one suggesting on Twitter a ‘punch up’ was on the cards.

The Colombian – who stunned fourth seed Stefanos Tsitsipas in the first round – eventually had the last laugh, winning in five sets.

Elsewhere, Alex De Minaur exacted revenge on Chile’s Cristian Garin to power into the last 32 in New York for the fourth time in five visits.

‘I’m very happy with my level, but probably the happiest with how I was mentally,’ he said post match. 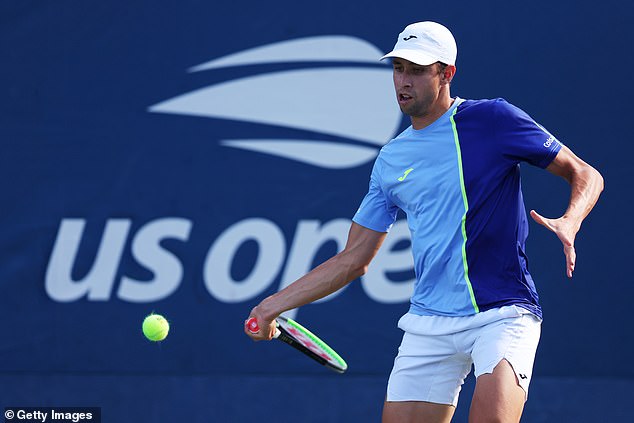 The Colombian – who stunned fourth seed Stefanos Tsitsipas in the first round – eventually had the last laugh over Thompson, winning in five sets 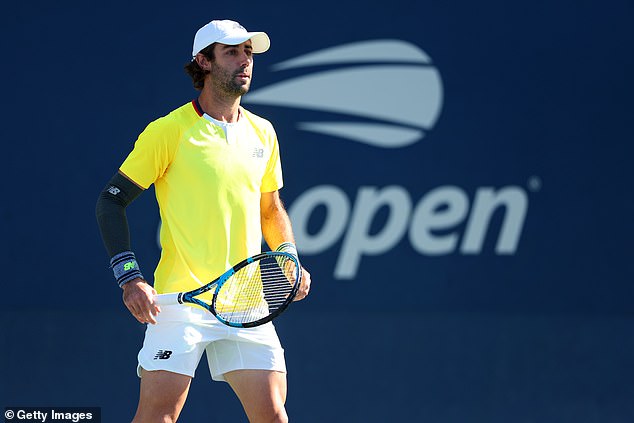 ‘That’s what I’m so proud of, that I was able to bounce back and not let it affect me.

‘I easily could have started thinking about what happened in Wimbledon.

‘But I kind of knuckled down, stuck to my weapons and my tactics and what I wanted to do. I played some great tennis to finish it off.’

At the All England Club earlier this year, Garin saved a match point and battled back from two sets to love down to beat a shattered de Minaur in the fourth round.

Tomljanović next faces a daunting assignment in departing champion Serena Williams, who many regard as the greatest women’s tennis player of all time.

The 40-year-old has confirmed this will be her sporting swansong, and is sure to have the home crowd cheering on every point.