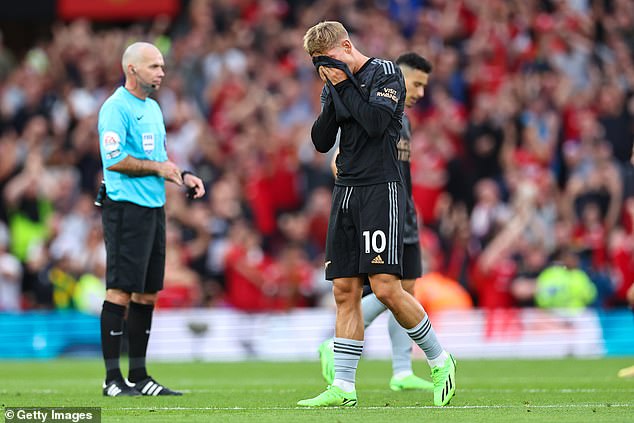 ‘We need him at his best because he’s such an important player for us’: Mikel Arteta admits ‘frustrating’ concerns over Emile Smith Rowe’s fitness record at Arsenal as the midfielder continues to be plagued by injuries in the build up to the World Cup

By Dan Matthews For The Daily Mail

Mikel Arteta admits he is concerned by the fitness struggles of Emile Smith Rowe.

The 22-year-old, who has been plagued by injury and illness over recent months, is sidelined with pain in his groin. There have been suggestions of surgery.

With time running out until the World Cup, Arteta said: ‘It’s very frustrating. He’s a kid that loves playing. It’s the biggest thing in his life. And when he’s not capable of doing that, especially after the run of games and performances that he had with us the year before, it’s just difficult.

‘When he’s been trying to train he’s not been feeling 100 per cent fit or pain free. This is the main concern and we have to find a solution to that.

‘It’s an ongoing issue. He’s had some discomfort in the groin and hasn’t had any continuity this season.

‘We’re trying to help him. We need him at his best because he’s such an important player for us.’ 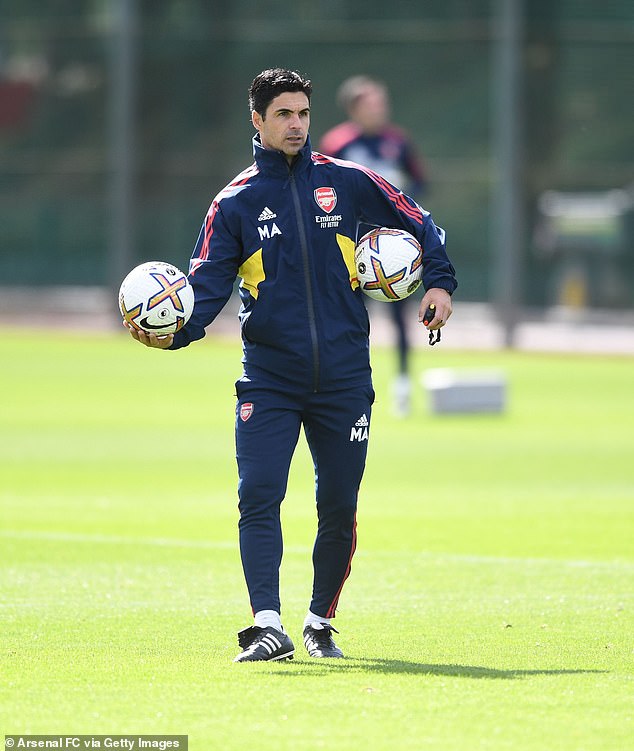 Mikel Arteta said Ben White is fit to play Brentford, despite being left out of England’s squad

Ben White was also left out of Gareth Southgate’s final squad before the World Cup. Arteta insisted that White was snubbed for Nations League games with Italy and Germany on selection grounds alone.

‘He is fit,’ said Arteta ahead of Sunday’s trip to Brentford.

‘I think Ben is giving a lot of reasons to be selected.’