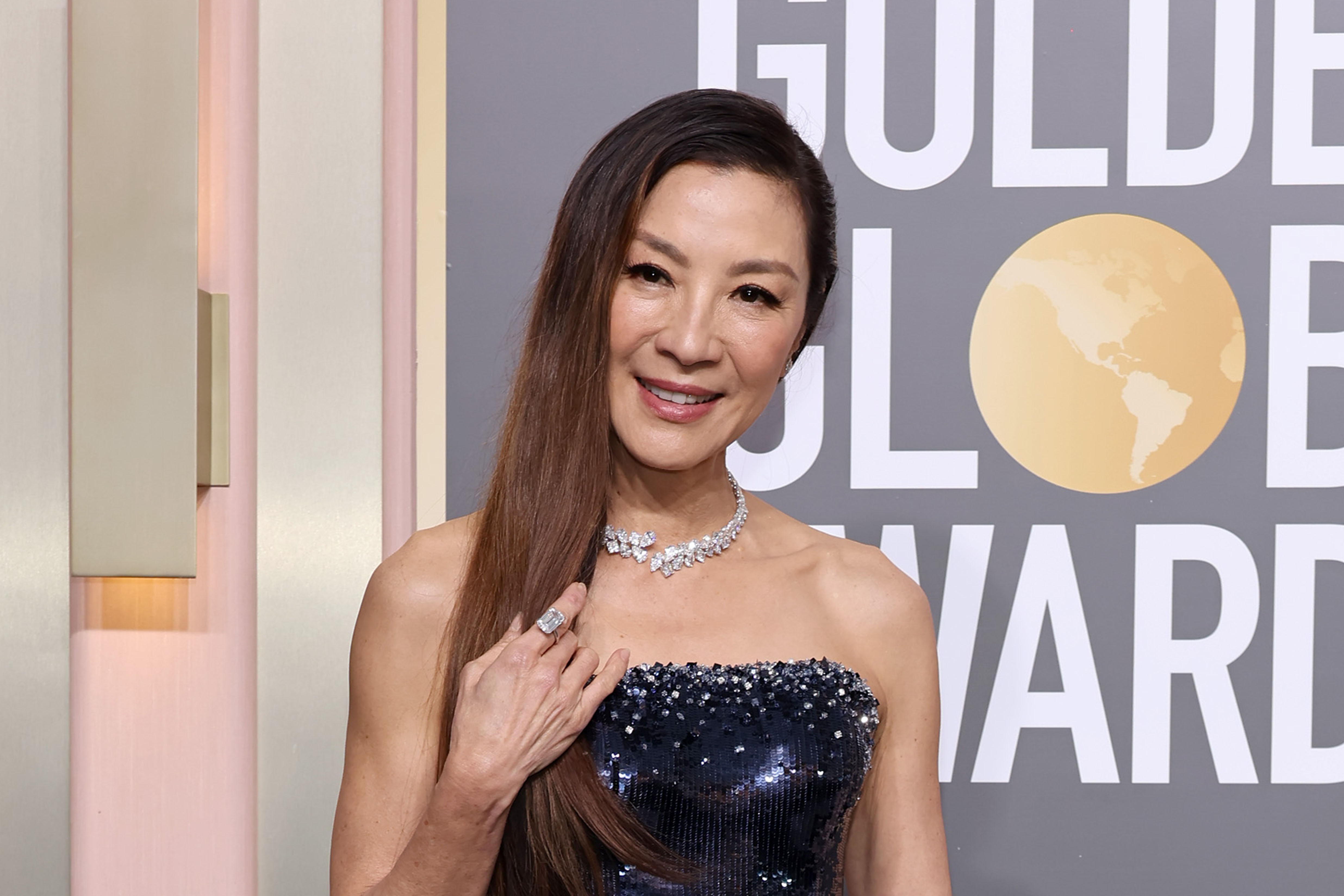 Michelle Yeoh won in style at the 80th annual Golden Globe Awards in Beverly Hills, Calif. tonight. She received the Best Performance by an Actress in a Musical or Comedy Motion Picture award for her work on “Everything, Everywhere, All at Once.” For the occasion, Yeoh donned a striking Armani Privé sequined dress.

Her long hair fell in front of her right shoulder with a silver open collar necklace adorning the neck. She wore a diamond ring on one finger, a silver cuff on the opposing hand and hidden platform heels that didn’t shy away from making a statement even underneath her floor-grazing dress.

Although her shoes weren’t visible due to the hem of her dress, Yeoh slipped on platform sandals that elevated her outfit by at least 3 inches.

Yeoh’s vibrant hues, unique patterns, and sleek sandal silhouettes are hard to miss during award season. The leather green gown and overlay she wore to the 2019 Golden Globe Award Ceremony was fleshed in floral prints while her attendance at the “Crazy Rich Asians” premiere called for just another Armani number and peep-toe platform heels.