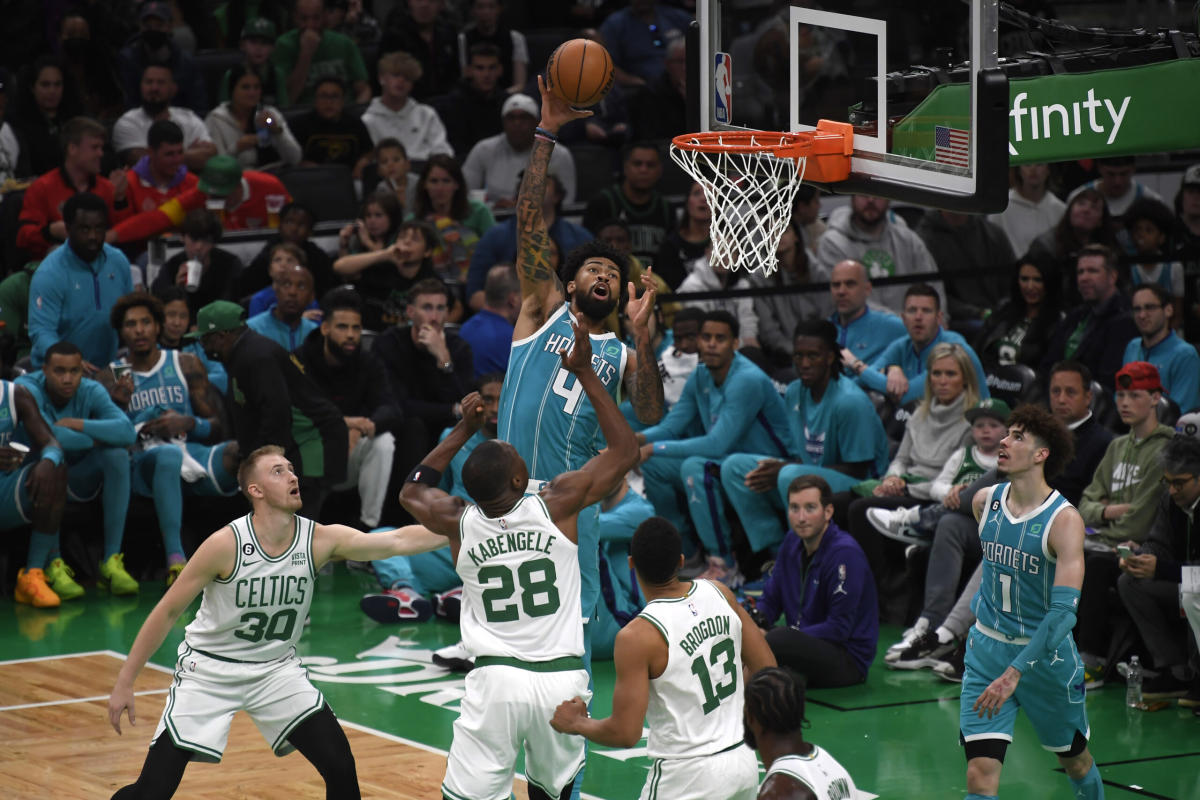 He might have only seen the floor for a mere 11 minutes of game time, but it sure felt like Boston Celtics two way big man Mfiondu Kabengele was in the game a lot longer than that given how big of an impact his high-energy style of play had on the game.

In the Celtics’ 134-93 blowout of the Charlotte Hornets in the first game of Boston’s slate of 4 preseason exhibition contests, the Florida State product looked every bit the legitimate depth option in the Celtics’ frontcourt they have been hoping he would be. Putting up 10 points and 3 rebounds with just 1 turnover and as many personal fouls, Kabengele played an excellent game in his limited run.

Shooting a perfect 4-of-4 from the floor and 1-of-1 from deep while sinking his sole free throw attempt, there’s little to criticize in the two way big’s preseason debut.

Take a look at the clip embedded above to see him in action for yourself courtesy of the Bllen YouTube channel.

Before he was a Boston Celtic, a baby-faced Jayson Tatum wowed fans at Peach Jam

What do the Boston Celtics hope to get out of signing 33-year-old veteran big man Blake Griffin?

What is the Boston Celtics’ biggest concern headed into the 2022-23 NBA season?

Malcolm Brogdon: The Boston Celtics are ‘the most talented team I’ve played with’

Every player in Boston Celtics history who wore No. 54

For Boston’s Derrick White, a base of familiarity is an ideal starting point for a contending season