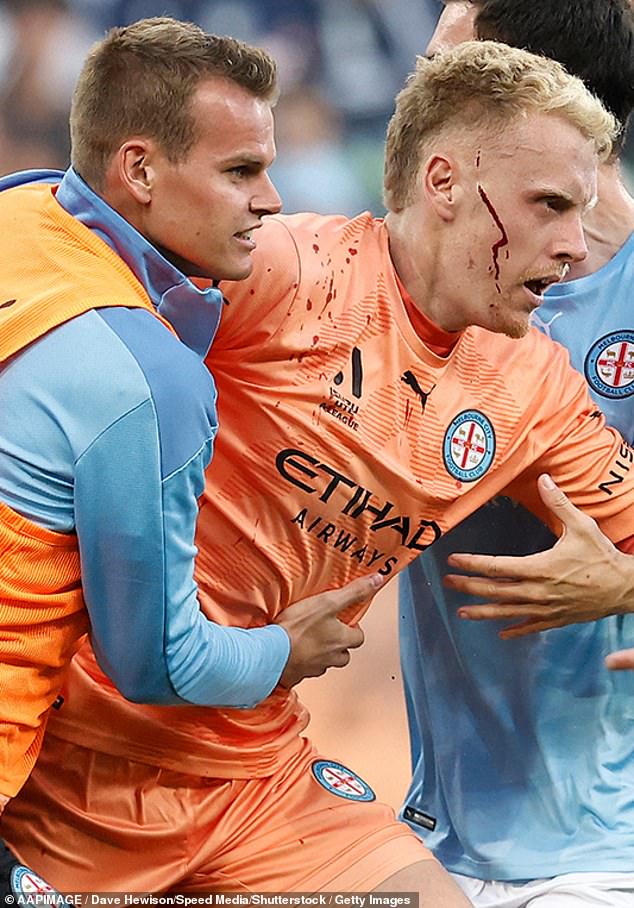 A-League powerhouse Melbourne Victory have been hit with a record financial penalty and a range of other harsh measures by Football Australia after their supporters shocked the sport by invading the pitch during a match last month.

On Tuesday the governing body announced the club will be hit with financial penalties totalling $550,000 – with $450,000 of that consisting of fines and the remainder being lost revenue.

In addition, no seating will be allocated for their fans at away games for the rest of the 2022-23 regular season and finals series. 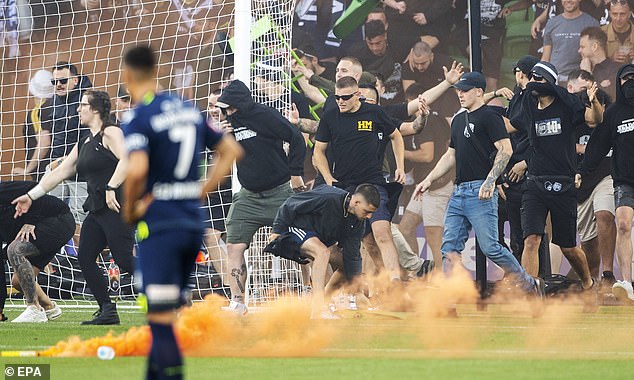 The team must also block their fans from sitting behind the goals at the north end of their AAMI Park home ground for the rest of the current campaign.

Victory will have a suspended 10-point deduction hanging over their heads for the next three seasons, ready to be triggered any time their supporters misbehave.

The remainder of the round eight match against Melbourne City that had to be abandoned after 22 minutes due to the shocking scenes will have to be replayed in April this year. 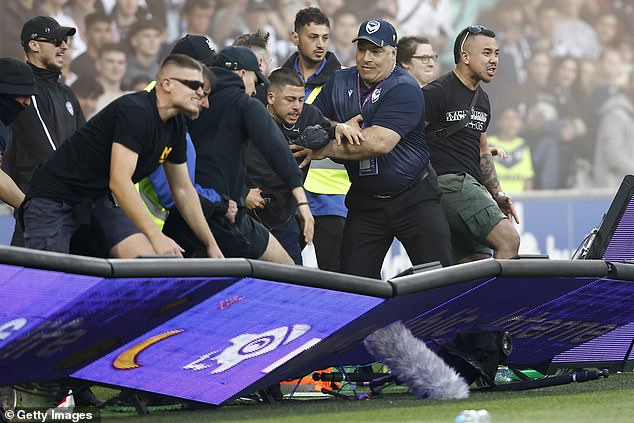 Angry Victory supporters burst past the security presence and crashed through barriers to reach the pitch, causing the game to be called off 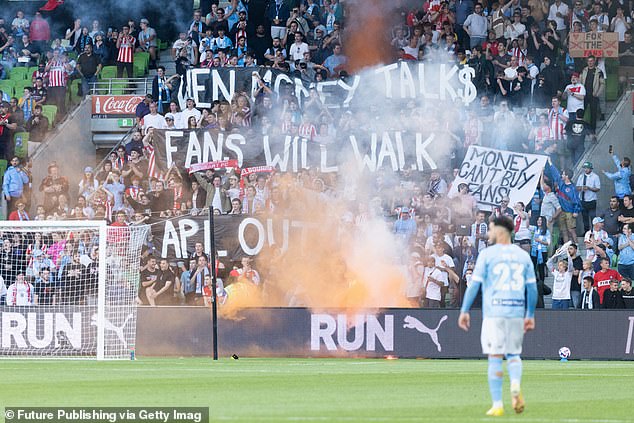 Many unrepentant Victory supporters have lashed Football Australia and the Australian Professional Leagues over the decision, saying they were heavy-handed and unwarranted.

Congratulations on once again killing active support in this country

‘Completely destroyed the life blood of the club. Deduct points sure, ban active support fair enough, but the economic ramifications of this will be catastrophic for the club and football in this country. This must be Football Australia’s attempt at forcing Victory to relocate to Sydney,’ Chris Tsonis added.

‘Congratulations on once again killing active support in this country. Such a shameful way for FA to handle this,’ Nathan Xuebsy said. 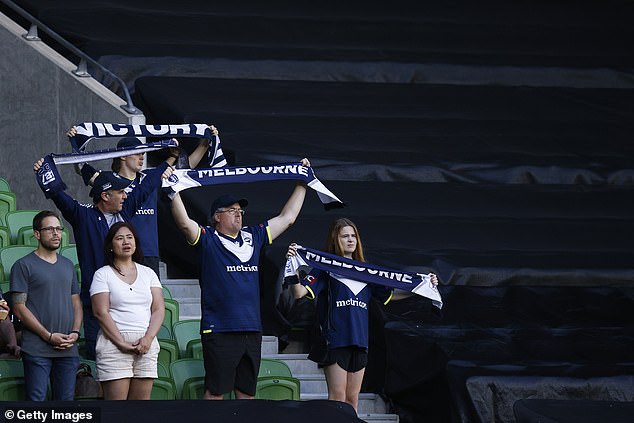 Football Australia will also put together a taskforce in response to the incident that will focus on the ongoing issues surrounding flares being smuggled into venues and used during matches.

‘Football Australia will establish and manage a taskforce and include various stakeholders and experts from the Victoria and NSW Police, and hosting venues,’ FA said in a statement. 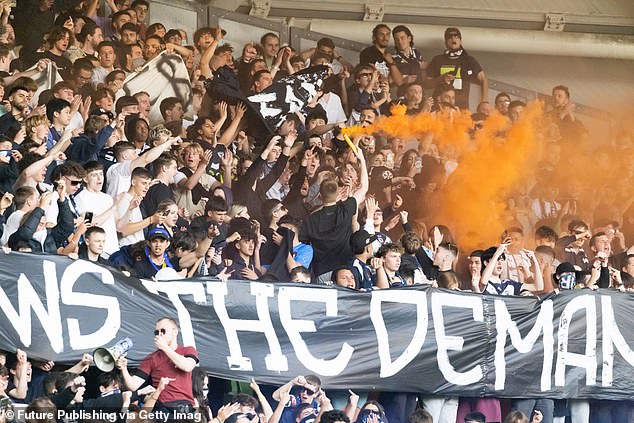 ‘[The taskforce will also] explore areas of improvement for security and policing venues, review supporter liaison and Marshall training use, review of active support ticket and member requirements and the review of supporter marches pre-match.’

The penalties come after supporters stormed the pitch after 20 minutes of play during the A-League Melbourne derby at AAMI Park on December 17.

Crowds had been protesting the Australian Professional Leagues decision to sell the A-League grand final for the next three years – starting this season.

While other games saw passive protests including walkouts, the crowd erupted at AAMI park, breaking down barriers, hurling water bottles and flares and attacking officials and even players. 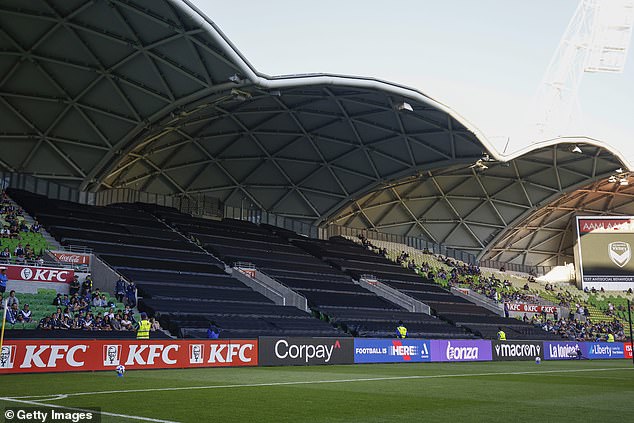 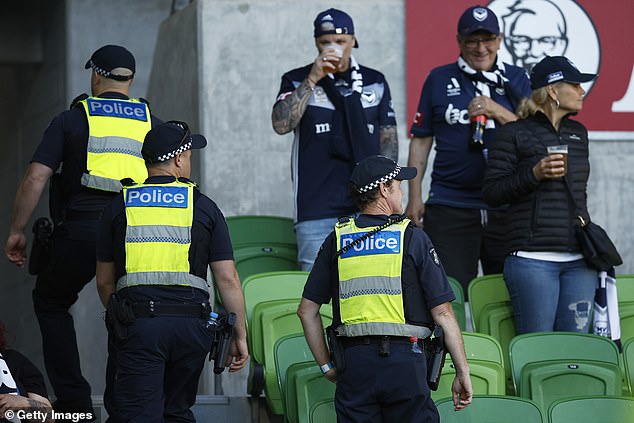 Melbourne City goalkeeper Tom Glover was left bloodied and concussed after he was struck in the head with a bucket of sand, allegedly in retaliation to the custodian tossing a lit flare back into the crowd.

Acting Victorian Police superintendent Jason Goddard previously condemned the ‘shocking, disgraceful and and un-Australian’ behaviour and several members of the crowd have been questioned by police with penalties and lengthy bans from games expected to be handed out.

‘What we saw … from those who chose to invade the pitch was shocking, disgraceful and lacked total respect for the game of football,’ Supt Goddard said. 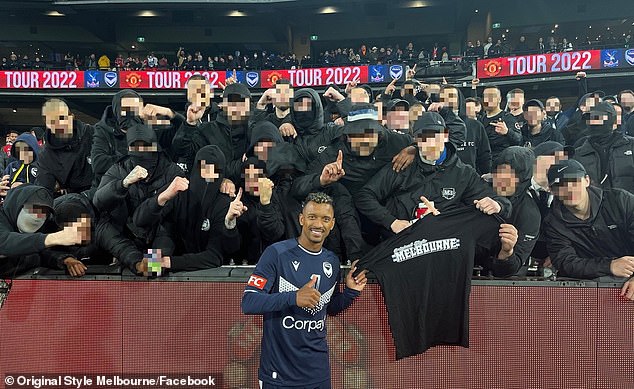 ‘We strongly condemn the actions of a minority of active fans at yesterday’s derby,’ the group posted on Instagram.

‘Our protest yesterday was intended to unite all fans. A vital element of the campaign against the APL decision, was that the walkout and protest remained peaceful, so as not to take away and distract from our argument.’